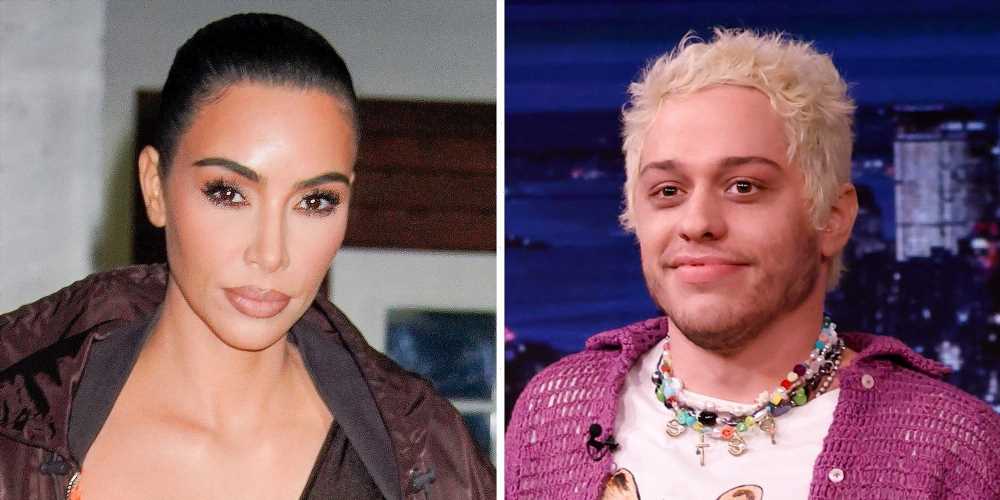 Kim Kardashian and Pete Davidson's latest date night location might bring back some nostalgia. On Saturday, the couple went to a movie theater — the very place that many high schoolers have their first dates — on Staten Island to reportedly see the new Spider-Man movie.

In photos obtained by The Daily Mail, the pair were seen at the local cinema alongside Scott Disick for a seven o'clock showtime. Pete dressed down for the low-key outing, wearing a light green kaleidoscope-printed jacket with a black backpack (perhaps full of snacks?). Kim also kept her outfit casual and wore all-black.

Post-movie, Kim and Pete were spotted laughing together while leaving the theater in a private car.

Hours ahead of their date, reports came out about how Kim and Pete — who have been dating for just a little more than a month — plan to spend the holidays together. "She's really excited about having him around and Kris is already obsessed with him," a source close to Kim told E! News. "The whole family is a fan of Pete's and would love to spend a holiday with him." Rumor has it he's invited to the family's infamous Christmas Eve party this year, and so is Kim's ex Kanye West. The insider added, "There is a possibility they will both be there."

Despite any potential awkward run-ins, "things are going really well" between Kim and Pete. "She has even considered going to support him in Miami for New Year's," the source said, referring to Pete's co-hosting gig alongside Miley Cyrus for the live special of Miley's New Year's Eve Party. "He has told her he'd love for her to be there." Sounds like things are getting serious.

Verdict: Thomas Tuchel is safe for now but even his Champions League win will not protect him if slump continues
World News