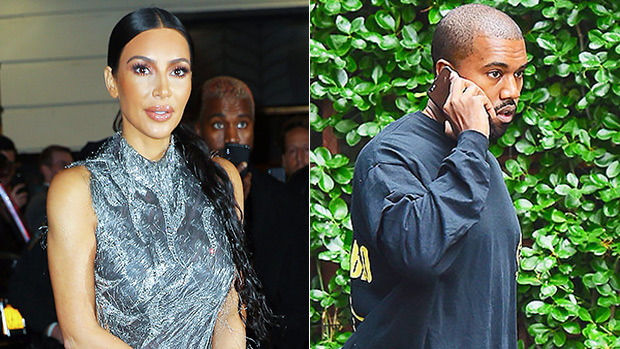 Kim Kardashian to the rescue! The ‘KUWTK’ star explained why Kanye West used his phone during the opening night of ‘The Cher Show,’ which he was roasted over on Twitter on Dec. 3.

Kim Kardashian, 38, didn’t excuse Kanye West’s lack of theater etiquette, but explained his intentions were good. The couple attended the opening night of Broadway’s The Cher Show on Dec. 3, but Kanye’s phone sidetracked him from the stage. Jarrod Spector, who plays Sonny in the production, was quick to tweet the “I Love It” rapper to “look up from your cell phone” and more, so Kim revealed what was so distracting. “He felt like s**t honestly,” the Keeping Up with the Kardashians star told E! News’ Nina Parker. “But he was actually taking notes because he loved the production of the show so much.”

And it wasn’t even Kim’s suggestion to send the apology tweet afterwards! “He was the one that said right away, ‘Oh my God, I’m gonna tweet. I just need to apologize,’” Kim further revealed. But she didn’t cut her husband any more slack for his social faux pas — watch the rest of the interview below! As Kim said, Kanye took full accountability for his lack of manners and replied to Jarrod, “the dynamics of Cher and Sonny’s relationship made Kim and I grab each other’s hand and sing ‘I got you babe.’ please pardon my lack of etiquette. We have so much appreciation for the energy you guys put into making this master piece.”

Kim also emphasized that she and Kanye (who now goes by Ye) were in fact paying close attention to the Broadway show! “The Cher Show was sooooo good! I learned so much about her that I didn’t know,” the reality television star tweeted on Dec. 4. “She really opened up about her life and all of the actors were sooo good! You all have to check it when in NYC. We had the best time! ✨” Kim is also a big time fan of Cher, who gave a surprise performance at the show. Unlike her husband, she waited until after the show to draw attention to her cell phone! She was apparently overheard telling Today co-anchor Hoda Kotb that her and Cher “exchanged phone numbers,” according to Page Six.

With a heartfelt tweet and Kim’s defense, that’s about all the damage control you can do. At least Kanye and Kim still stayed for the entire run of the show, since they were originally set to leave by intermission for a flight, according to TMZ!

Here’s why you should stick with your petty spouse