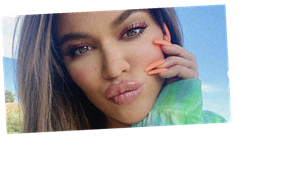 Khloe Kardashian has been slammed on Twitter after confirming the annual Kardashian Christmas party will go ahead despite the global pandemic.

The reality star, who recently addressed her relationship with Tristan Thompson, responded to a fan who asked her if the party will still be happening.

The fan asked: "OMG i just realized….. is the Kardash/Jenner Christmas party getting cancelled this year ???? @khloekardashian."

The 36 year old responded: "I pray not! I think it will have to be way smaller obviously. And I'm totally fine with that!

"But we're definitely celebrating Christmas! It will just have to be small and safe. Maybe do rapid testing before. We have to think of what is safest," she confirmed.

However, Twitter users were not happy with Khloe's confirmation and slammed the reality star.

"And claims she had COVID. Clearly someone that had it before would never want it again, and would be more cautious," one angry person tweeted.

Another added: "As a physician who cannot "just get rapid testing" on most of my patients, maybe you could skip the Xmas party and donate those tests to my sick patients? You know. Just to think of what is safest."

"I love ya Klo but is that the best use of the tests we have? So you can party? Just keep it to family. We are all making sacrifices this year," another fan wrote.

A fourth Twitter user said: "I love you and you're a badass but the safest way to do it is to just not do it. That's no "safe" parties right now. And as someone who has had it, I thought you would be aware of that now and not be selfish and throw a party."

Khloe tested positive for coronavirus and her illness has played out on the latest series of Keeping Up With The Kardashians.

The businesswoman, who was accused of Photoshopping her face after looking unrecognisable in a picture, detailed the moment she found out she had the virus.

"Just found out that I do have corona. I have been in my room. It's gonna be fine, but it was really bad for a couple days."

Explaining her symptoms, the reality star said: "Vomiting and shaking and hot and then cold. I suffer from migraines, but this was the craziest headache."