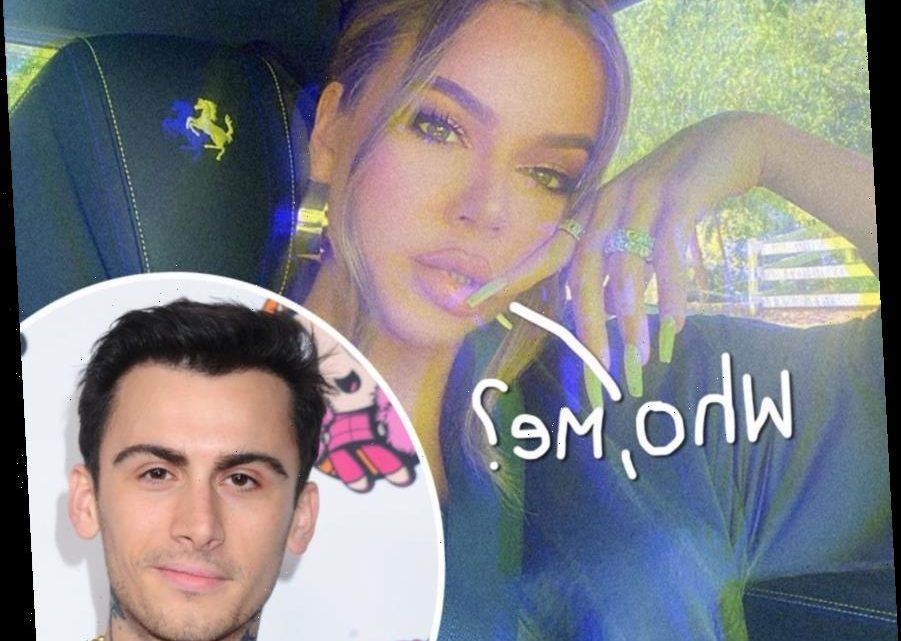 Uh oh!! Khloé Kardashian is taking heat from fashion designer Christian Cowan, who has accused the 36-year-old of selling a sample dress he merely loaned to her!

On Sunday, Cowan posted a screenshot of his embellished blue dress listed on the Kardashian Kloset site to his Instagram Story, writing:

” @khloekardashian Why are my runway samples I loaned to you being sold on your website?

We’ve emailed 3 times and had no response.”

As of writing, the piece is no longer available on the website, but it was previously listed at $1,300 and was described as “electric blue round neck short sleeve form fitting midi dress with back zipper and black and blue crystal, with front slide slit.” It was said to be in “excellent condition” and no size was given (makes sense if it was a runway sample), but was noted as fitting like a medium.

While it might be a dream for a mega-fan to own something once worn by a member of the famous fam, this doesn’t sound like a fun situation for Christian, whose designs have been worn by Kylie on multiple occasions!! Take a look at his IG Story (below): 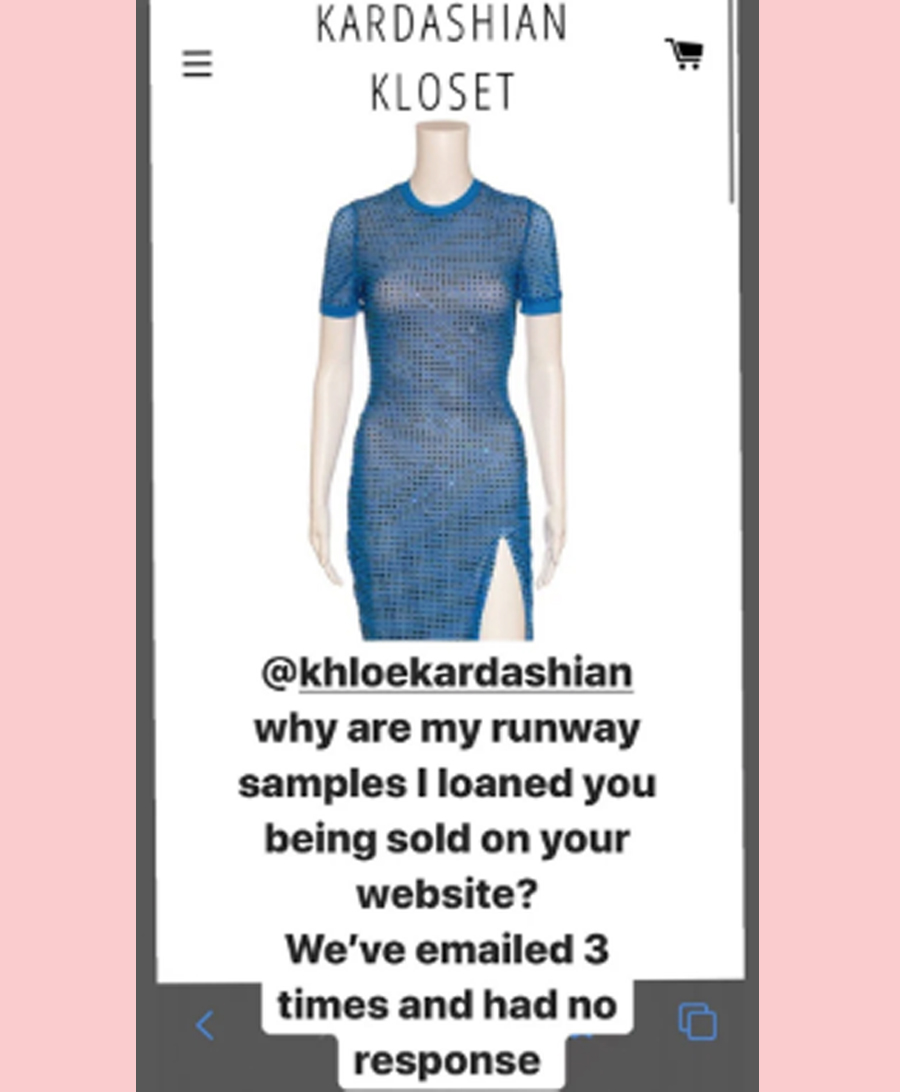 While their re-selling tactic is a fairly new endeavor for them, it’s already been wrapped up in some controversy since the launch. An investigation back in April by the Daily Mail showed that designer items available to purchase at the time were being listed at up to NINE times more than they were on other shopping sites. Even if you were a super fan of the KUWTK stars, is that steep price tag worth it?!

Plus, there’s zero indication that any proceeds from sales are being donated to charity, which is even more suspicious if things being listed were given to them for free:

“Kardashian Kloset is a luxury designer clothing resale site that brings the fashionable and fun clothing from the famous Kardashian-Jenner family closets to yours. These pieces have been hand-selected by each family member and are available exclusively for the public to purchase. Our goal at Kardashian Kloset is to share a part of the Kardashian Jenner family lifestyle by offering you the opportunity to own one of a kind items, while promoting sustainability. As our leader, ‘Momager’ Kris Jenner says, ‘Shop til you drop!’”

Thoughts, Perezcious readers?? Could this latest scandal see the end of Kardashian Kloset?! Or will KoKo quietly handle this mixup offline?

Sound OFF (below) in the comments and let us know how you think this is going down! 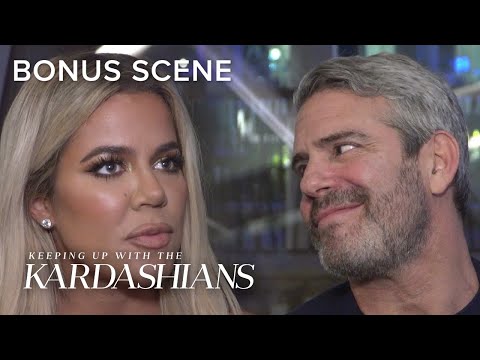