Home » Celebrities » Kevin Jonas’ Quotes About His Wife Danielle Are So Adorable, They’ll Be Your New #RelationshipGoals 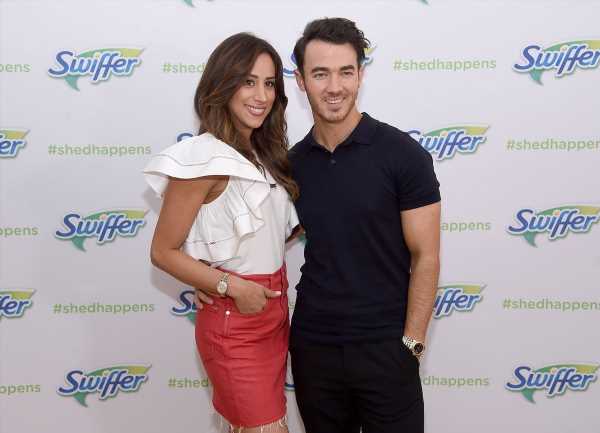 Kevin Jonas’ Quotes About His Wife Danielle Are So Adorable, They’ll Be Your New #RelationshipGoals

The entire world has watched as one by one, The Jonas Brothers have started settling down. Sadly, it looks like anyone who was looking to secure the last name "Jonas" is out of luck. Although many of us may have high key fantasized about meeting a pop star who’d sweep us off our feet, that’s exactly what happened to Danielle Jonas. Kevin Jonas’ quotes about his wife Danielle are the sweetest things you’ll read all day, and definitely prove that dreams really can come true.

According to People, the couple met while in the Bahamas with their families back in 2007. "It was Kevin who eagerly pursued her after meeting her and then spotting her walking on the beach with a flower in her hair," reported the publication. As their respective trips were coming to an end, Kevin revealed in a 2012 interview with Glamour that he was very eager to keep things with Danielle moving forward.

"You know how you’re supposed to meet somebody and call like two or three days later," Kevin told Glamour. "Well, I cyberstalked her after we met and cyberstalked to see what flight she was going to be on coming home, and then I called her the minute she landed. That might have been a little overboard, but I just went for it. There was only one flight on that airline going at that time. I think it was a little much, but hey, it worked out in my favor right?" TBH, let’s not pretend we all haven’t experienced a similar episode of questionable online "research." 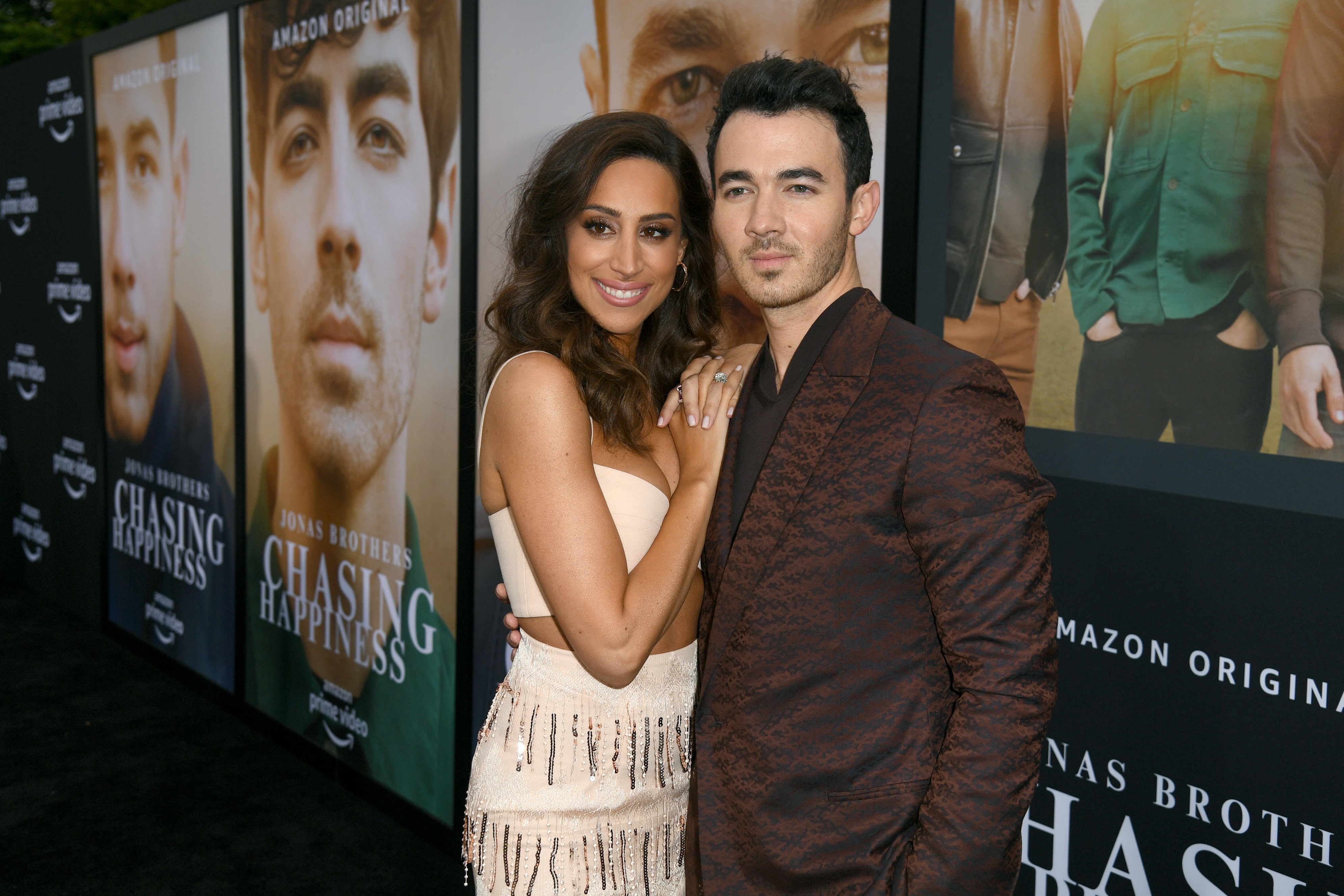 Fast forward to July 2009, roughly two years after the pair had met, and Kevin decided to pop the question. “She said ‘yes, yes, yes’ like 500 times super fast in a row,” Kevin told People. “It was tough performing last night, knowing that I was going to ask the biggest question in my life to the most amazing girl in the world.” Aww, how cute!

Even though many people have questioned why the couple decided to tie the knot so quickly, Kevin made it clear that he and Danielle weren’t interested in following any arbitrary rules or timelines. "So many people have said that to us, like, ‘You’re so young, why the rush to get married,"’ he told PR.com. "But honestly, from the minute we met to the minute we got married, we wanted to do things our way. We’ll do kids in our time as well." 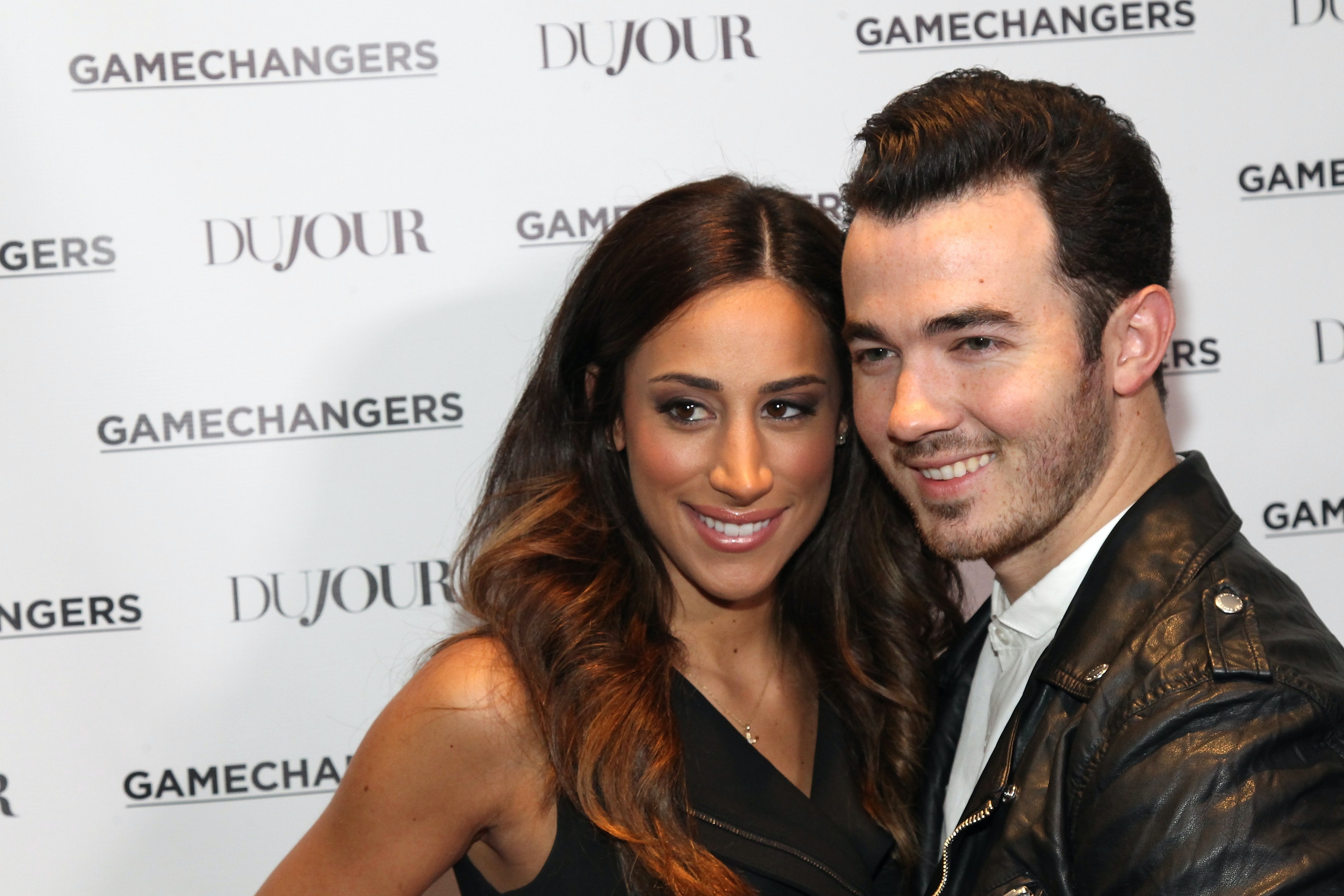 As for some of their most memorable moments as a couple, for Kevin, being on the road in their own tour bus has definitely been a highlight. "I think traveling as much as we do and being on the road, the craziest thing is probably having our own little tour bus," Kevin told Glamour. "For me and Danielle, it’s been our little house with Dani setting it up. Not many people get to do that, and we did so it was pretty great."

After almost 10 years of marriage and a reality show under their belt, Danielle and Kevin have two adorable kids and their married lives figured out. Even though sadly, there aren’t enough Jonases to go around, it’s great to see that the bros have all found their happily ever after.