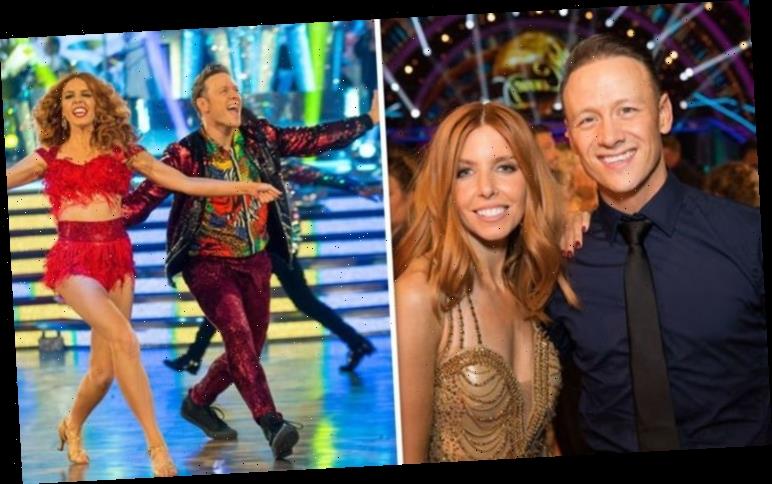 Strictly pro Kevin Clifton has shared what it is like for celebrities to dance at The Blackpool Tower Ballroom on Strictly Come Dancing, including his now girlfriend Stacey Dooley. The pro, 37, said that Stacey, 32, absolutely loved dancing in the historic show.

Speaking on the official Strictly Come Dancing podcast to presenter Kim Winston, he spilled: “I’ve had a couple of moments on Strictly where I have felt quite emotional.

“And it is wicked when you bring the celebrities in.

“I love that moment when the celebrities first step into the Blackpool Tower Ballroom and see that whole set up for Strictly in that tower ballroom.”

“I remember Stacey last year was just so excited at Blackpool for the whole weekend. 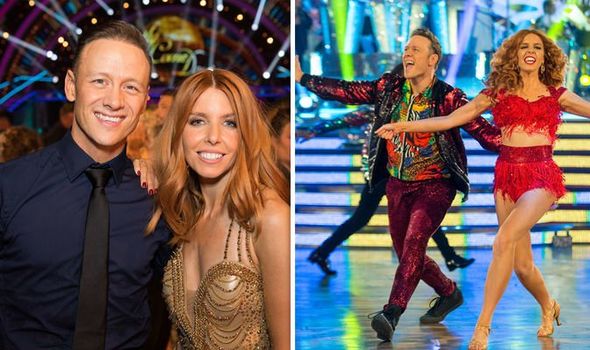 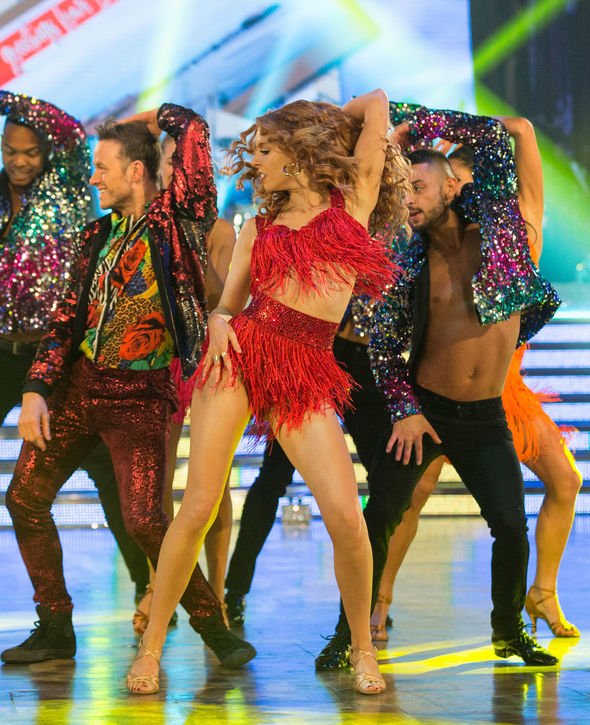 “She just loved it. We did the whole Gloria number and the Gloria Estefan and all that she was just having the best time – I love that.”

Stacey and her fellow celebrity dancers were able to perform alongside Gloria Estefan who sang her classic hit The Rhythm is Gonna Get You.

The couple have gone on to date since the show ended, where they won the coveted Glitterball trophy. 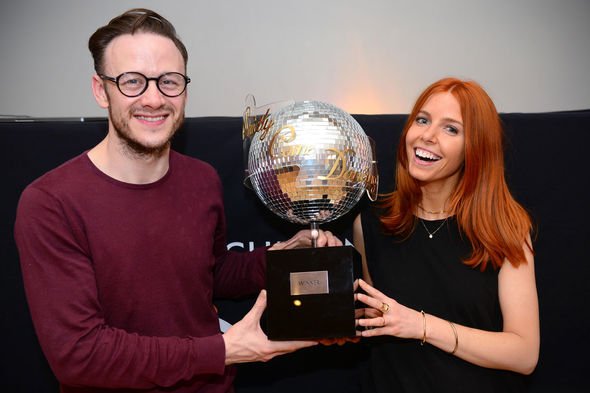 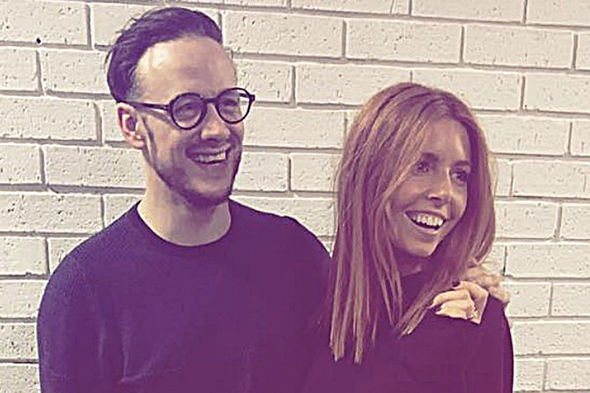 The Strictly winners have remained tight lipped on their relationship and rarely talk about it.

She said: “It honestly blows my mind, that people care about who I fancy, or who I’m dating, when professionally I’m conducting interviews with some of the most recognisable terrorists in the world.

“Or covering paedophilic rings. Or discussing youth homelessness. Or conflict in Syria and Iraq.

“Or mental health units. Femicide rates in Honduras… I could go on and on. These are all topics worthy of front-page news.

“But you know what makes the front page of the tabloids? Who I’m with romantically and supposedly trusted sources, quoting completely untrue statements. It’s mad.”

Stacey and Kevin are set to reunite again professionally for the 2020 Strictly Live tour, where Stacey will be host of the live shows.

The official BBC statement read: “They will be joined by new tour host and reigning Strictly champion Stacey Dooley, and the tour judges Shirley Ballas, Craig Revel Horwood (who also directs the tour) and Bruno Tonioli.

“The line-up of professional dancers will be announced soon.”

In September Stacey said she was incredibly excited to be included in the upcoming tour.

She said: “I’m so excited to be joining the Strictly gang again! I’m really looking forward to hosting the tour… I hope I’ll find a way to get those dancing shoes back on again too!”

One person that is not happy about the Strictly tour is Michelle Visage.

During an appearance on today’s Lorraine, the recently ousted contestant said she was “gutted” to not be included in the tour and that she would love to have been included.

Strictly Come Dancing Continues on Sunday on BBC One at 7.15pm