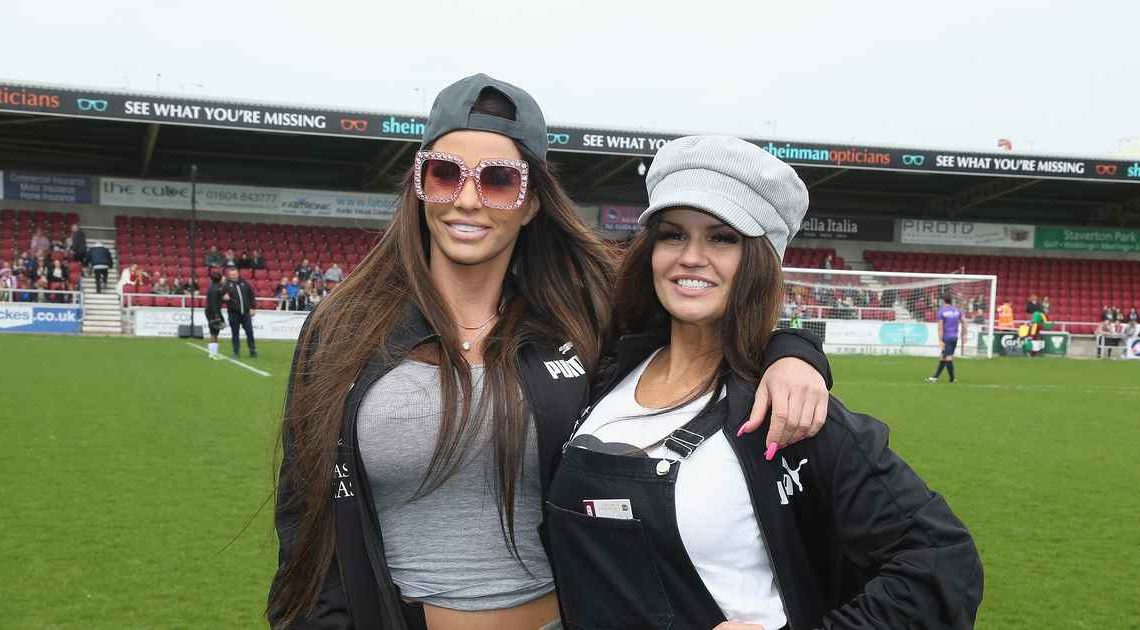 Mother-of-five Katie recently flew to Turkey to undergo more surgery last month, with several photos of her showing painful wounds on her breasts and face after the operations.

Katie’s close friend Kerry has now spoken out on the recent surgery, saying the 41-year-old has “terrible insecurities”.

Writing in her new! magazine column, Kerry said: “Seeing pictures of my friend Katie Price after her recent surgery was pretty awful. Those wounds!

“And her ears look really big! I imagine they’re swollen from where the face gets pulled up but, that said, the last time I saw her they looked weird.”

The former Atomic Kitten star added: “I love Kate to bits, but I think she’s crossed the line. She’s beautiful, but she’s clearly got terrible insecurities. She needs to be careful now.

“Touch wood, I’ve been really lucky when it comes to stuff like that. I’ve never had similar problems after a procedure, Thank God!”

It comes after reports that Katie was regretful of her cosmetic procedures after undergoing eyelid surgery, a lower facelift and breast reduction.

A source close to the former glamour model has told new! magazine the procedures have left Katie in agony and full of regret over her latest amendments.

The insider told the publication: "Katie could barely speak after her surgery, but when she did manage to utter a few words she seemed totally beside herself.

"It's clear she's regretting her decision already. With the amount of pain she's in, even she realises she's gone too far this time."

Katie was joined in Turkey by her 30 year old now ex-boyfriend Kris Boyson, who it seems too decided to have some adjustments to his appearance.

Leaving the clinic with bandages on his nose, the source claims that Katie is likely to have been the driving force behind the decision.

They continued: "Everyone who knows them is shocked Kris has had stuff done too, but it just goes to show how much he's been influenced by being around her. Would he have done this if he wasn't with Katie? Probably not."

Katie had multiple operations back in April, including liposuction and a Brazilian bum lift.

At the time, she admitted she looked like a "bloated alien" during an appearance on Good Morning Britain. Dr Sach Mohan, cosmetic physician and founder of Revere Clinics, told new! magazine that constant surgeries could lead to problems in the future.

He told the publication: "Multiple surgeries in the same area increase the risk of complication, such as irregularities and infection. But it's even worse when the care is not 'end to end' and your surgeon is a flight away, because complications can occur days and weeks after your return to the UK.

"Facilities abroad do not have the same robust regularity authorities managing them and that's reflected in the standards and risks that the patients ultimately expose themselves to."

Katie was also said to be fearful that her ears would “fall off” following the surgery, which left her in “insane pain”.

A source told The Sun Online: "Poor Katie has been left in an insane amount of pain as the painkillers wear off.

"The work she had done was some intense surgery and she's been been worried that her ears might drop off."

The insider continued: "That won't happen of course, but the agony coupled with sleepless nights have left her freaking out."