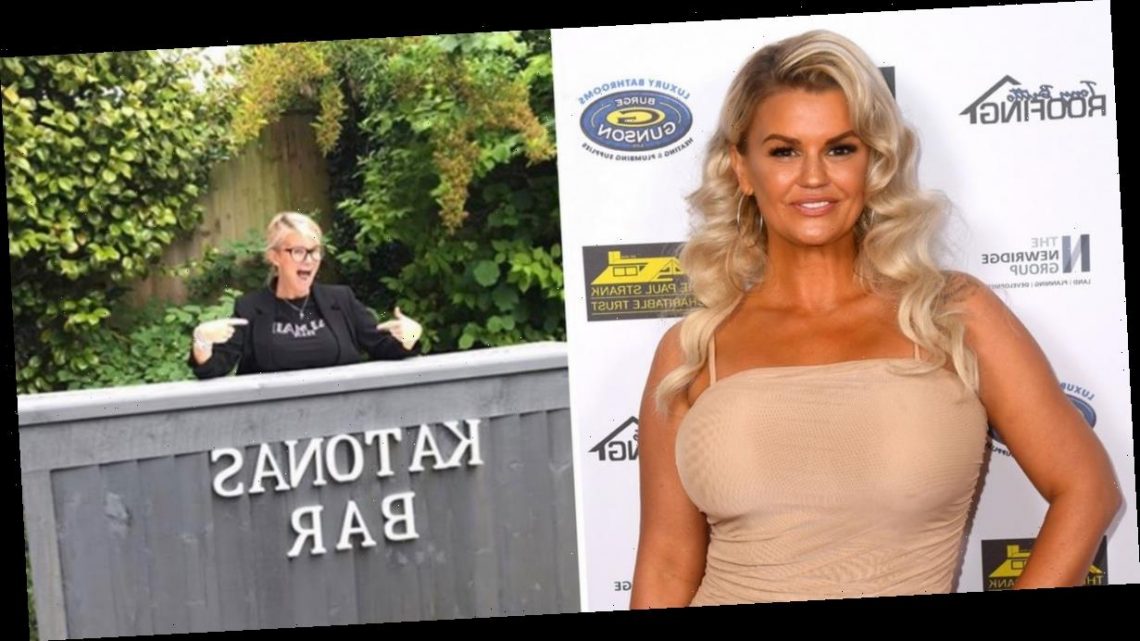 Like many people across the country, Kerry Katona is trying to make the most of her back garden during the hot weather while lockdown restrictions are still in place.

Writing in her latest column in new magazine , Kerry revealed that she has set up her own bar which she has aptly called Katonas Bar.

The 39 year old revealed that having her own bar in her garden makes her feel like Coronation Street legend Bet Lynch, who was the iconic landlady of the Rovers Return Inn on the soap.

Sharing a picture of herself posing behind the counter of her bar, Kerry wrote: "It’s been quite a productive week for me – I’ve managed to sort the whole house out and made it absolutely beautiful, and now I’m doing my column while relaxing in the sunshine!

“I had 20-odd bin bags of clothes for the charity shop that were just sitting on my floor, so there’s a real sense of relief now I’ve sorted them out.

“I’ve even got myself a new bar for my garden. It’s called Katonas Bar – and now I feel just like Bet Lynch!

“Seeing as we’ll be spending the majority of the summer in the garden, I might as well make the most of it!”

Kerry is loved-up with boyfriend of two years, Ryan Mahoney, and paid tribute to him on Father’s Day on Sunday 21 June recently.

Writing in her previous column, Kerry, who recently defended having an OnlyFans page, explained she was having a tough time recently because her daughter Molly recently spent time with her dad Brian, 40, before flying back to Ireland, where she lives with her grandparents.

She said: “I’ve been in bits all week because our Molly has gone back to Ireland after months of staying with us during lockdown.

“Her dad came to get her so she could spend a couple of days with him and then she headed back so she could resume her routine.

“That girl is my best friend and we’re completely inseparable, so for me it’s like having my right arm ripped off.”

Kerry said she found comfort in having the rest of her children around her, and was looking forward to recognising her personal trainer beau, 32, on Father’s Day.

She said: “Luckily I have the rest of the gang with me and we’ll be celebrating Ryan on Father’s Day.”

Throwing shade at her exes, she said: “When I go off to work he looks after the kids so he’s a real father figure in their lives. We’re going to shower him with presents!”

Exercise with no equipment: Simple bodyweight workout to try at home
World News