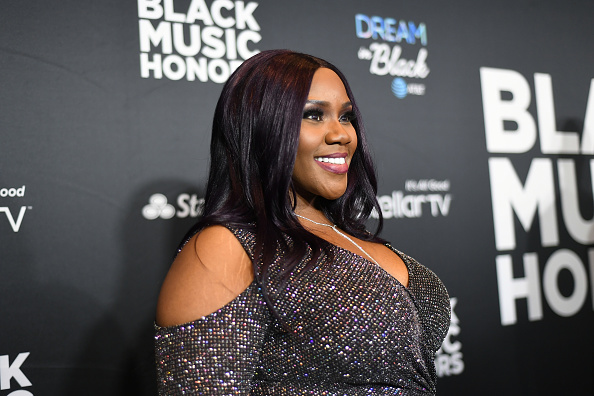 Kelly Price has revealed she died at one point during her Covid-19 battle, as she spoke out amidst reports she was missing.

Last week, fans shared their concern after it emerged that gospel legend Price had been reported as a missing person in Cobb County, Georgia.

However, her attorney dismissed the reports, saying she was safe and receiving treatment following a battle with Covid.

Now, Price has spoken out herself, and said she was ‘never missing’.

Speaking to TMZ, the Friend Of Mine singer said: ‘I was never missing. I was in my home, I was being seen by doctors. Everyone in my family knew exactly where I was.

‘I have never been in danger, I am not in danger right now.’

Police performed a welfare check at Price’s home after her family reported her missing, and allegedly claimed that her boyfriend was keeping visitors away from her home.

Price has hinted at a rift with her sister, saying that she hasn’t seen her in a year, and said that she and her partner – who she referred to as her husband – both had Covid so were not permitting visitors at their home.

The star was admitted to hospital in August for Covid, and shared how serious her case was, revealing that at one point, she flatlined in the ICU.

Price said: ‘At some point, they lost me. I woke up some days later and the first thing I remember was the team of doctors standing around me and asking if I knew what year it was. I died. I remember waking up in ICU.’

The singer is now being visited several times a week by home help aids as she deals with the effects of long Covid.

She said: ‘I am facing a very uphill battle right now. I have a lot of rehabbing to do before I am able to be what I like to call concert ready again. I suffered a lot of internal damage.’

Price thanked fans for their concern on Instagram, writing: ‘Thank you for your love, concern and prayers. I truly appreciate them and all of you who sincerely did them. They are not lost on me. I promise.

‘I’m going back into solace and silence where I can put first things first and that is to be restored to be healthy and to be whole.’

Price is one of America’s most popular gospel and R&B stars, and first made her name as a backing singer and guest vocalist for Mariah Carey, Whitney Houston and Faith Evans.

Eight solo albums have followed, most recently 2021’s Grace, and Price has been nominated for nine Grammys in her career.