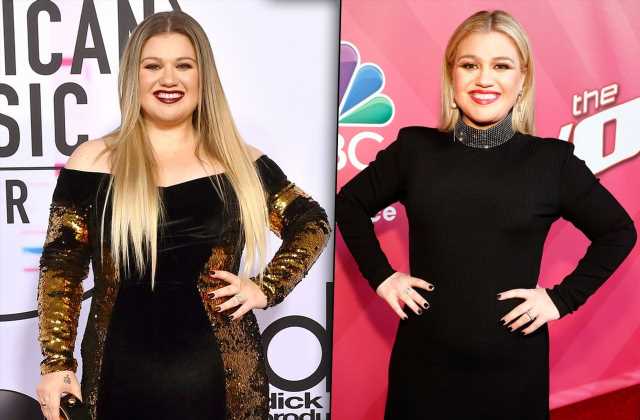 Kelly Clarkson Sheds 40 Pounds After Pressure At ‘The Voice’

Kelly Clarkson has lost a ton of weight since she started as a coach on NBC’s hit singing reality competition, The Voice.

But a network insider told RadarOnline.com exclusively that the “Walk Away” singer, whose upcoming talk program The Kelly Clarkson Show premieres in September, was pressured from higher-ups to shed the pounds — or else!

Another motivating factor for her thinner appearance?

“She was tired of squeezing into wardrobe outfits that didn’t fit her the way she wanted them to,” the source revealed.

On May 16, Clarkson took to Twitter to blast reports that she lost the weight using unconventional diet methods.

“Other fake news that’s going around about me is that I’ve been taking weird pills for weight loss, or doing weird fad diets. All of this is not true. I ain’t got time for all that. I eat the same stuff I always have. It’s all just made w/different flours/sugars/ingredients,” Clarkson wrote, adding the hashtag #Dr.Grundy

Charlene Ciardiello, a celebrity fitness instructor, nutritionist and founder of Shut Up & Move, sided with Clarkson, telling Radar, “Kelly’s lost 40 pounds using the Dr. Gundry diet, which is a plant-based diet. So, it seems she is doing it the right way!”

And although the network source insisted that Clarkson — who recently had her appendix removed — “hasn’t exercised one bit” since starting The Voice, it’s clear that she doesn’t have to prepare her new diet-friendly dishes herself!

“Kelly has become such an asset to NBC, so she is definitely getting the best of everything,” said the source. “That includes chefs and whatever else she wants, really.”

The Kelly Clarkson Show is premiering on Monday, September 9, on NBC.