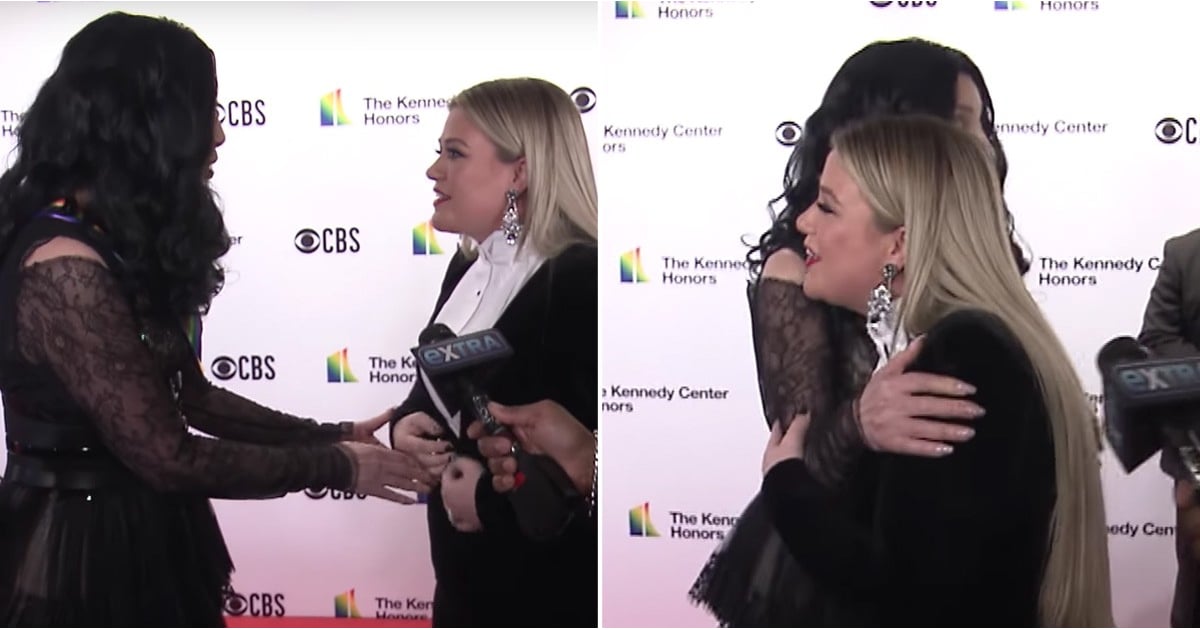 Kelly Clarkson might be one of the biggest names in music, but even she gets starstruck around Hollywood legends. While attending the 41st Annual Kennedy Center Honors on Dec. 2, Kelly was in the middle of chatting with Extra when she heard Cher doing an interview of her own just a few feet away. “I hear Cher — she’s right behind me right now,” Kelly said, looking giddy. “I can’t even talk about it. I’ve never met her.” But that quickly changed when she had a brief moment to talk to the famous vocalist.

Cher, along with other notable stars such as Reba McEntire and Lin-Manuel Miranda, was honored at the event that celebrated lifetime achievements in the arts. Kelly was there to introduce Reba as the first honoree and sang her song “Fancy.” Fun fact: the two are actually related, as Kelly married Reba’s stepson Brandon Blackstock in 2013, making her the country singer’s stepdaughter.

Even so, we’re sure if Kelly had her way, she would have also belted out a few of Cher’s greatest hits. Watch Kelly and Cher’s sweet first interaction in the clip above.

Parents queue from 4am to get children breakfast club places

Who is Vanessa Cavanaugh on Unanchored cast? Upscale hairstylist to find a peaceful relationship with Max?
World News