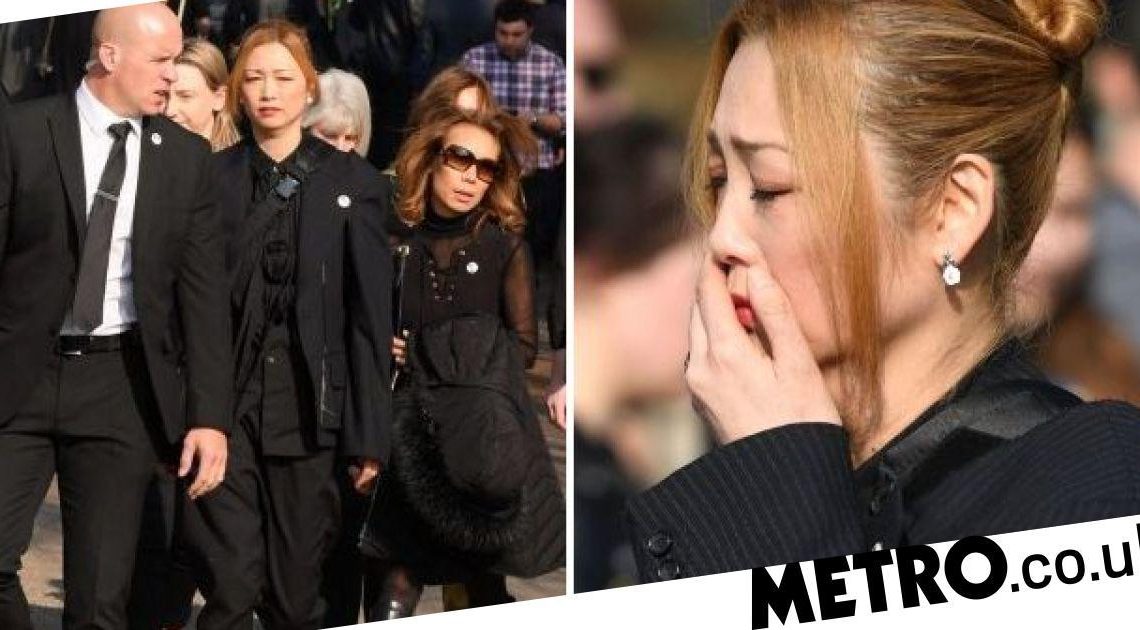 While it is not known exactly when they met, they tied the knot in a star-studded ceremony in 2006, with Liam Gallagher, David Gest, Natalie Appleton and his bandmates thought to be in attendance.

Keith previously credited Mayumi for saving him from a life of drugs.

Discussing the moment they met, he admitted he was ‘overwhelmed’ by the DJ.

‘We were talking and she just walked into this room we were in and you know how it is, I just couldn’t talk, I was overwhelmed,’ he told The Times.

‘I’d done my fair share of drugs and shagging around.

‘Look, we all like to get busy, but in truth I was a bit worn through with it.’

Keith tragically died earlier this month, with his cause of death listed as suicide.

A hearse carrying his coffin was driven into the church, with ‘Keef’ spelled out in bright orange flowers, along with a yellow smiley-face.

Bandmates Maxim and Liam Howlett were among the pallbearers who carried his coffin in.

And music fans were invited to line the streets near the church in Essex, after a post on the band’s official Twitter page called for them to ‘raise the roof’ along the procession route, ahead of the private service.

It read: ‘Fans are invited to line the procession route, starting at 3pm in Braintree, Essex on Fri 29th March, to pay their final respects & ‘raise the roof’ for Keef!

‘If anyone wishes to lay flowers or tributes these should be sent to St Mary’s church in Bocking, no later than 2pm Friday.

‘The church service will just be for family and close friends, but there will be speakers relaying the ceremony outside the church for everyone to hear.’