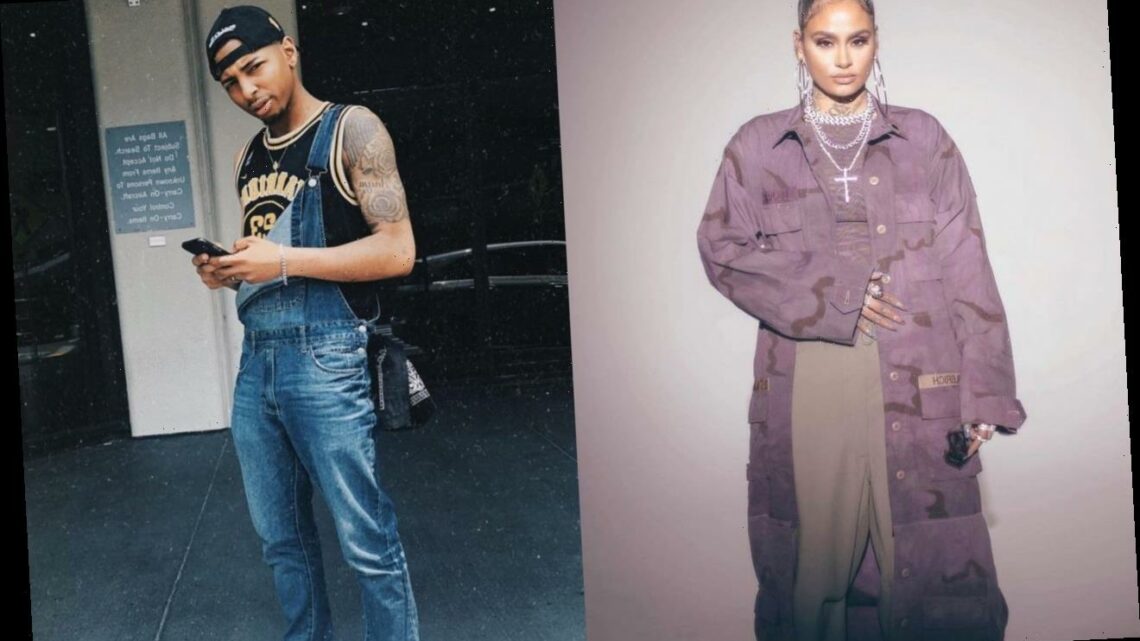 Kehlani Responds After Kaalan Walker Claims She Aborted Their Baby

The ‘Take You Back’ songstress appears to hit back at the rapper/actor for allegedly lying about her aborting their child without him knowing back in 2015.

AceShowbiz –Kehlani has spoken up after Kaalan Walker accused her of having an abortion in the past. The Grammy-nominated actress has taken to her Twitter page to seemingly hit back at the rapper/actor, who claimed that the singer aborted their child back in 2015.

“people are very aware of my following, and the eyes on me. Over the years i’ve watched people make up so many things to get a reaction out of me, to get eyes on them,” she wrote in a now-deleted tweet. “I’m not making a single lie, or obsessed liar poppin.”

She continued without mentioning a single name, “People BEG me to speak on lies made up on me. People will call my phone and say aren’t you going to say something. Truths might make me wanna have a back and fourth (sic).” Seemingly accusing Kaalan of lying, she added, “Blatant lies? Have fun in your fantasy land it’s nothing I could say to control your crazy. It’s above me.”

Kehlani did not divulge to whom her tweets were addressed to, but earlier on Saturday, March 20, Kaalan blasted the 25-year-old songstress for allegedly aborting their child without him knowing. “Of course my heart is broke from how you handled this situation with our child Kehlani. Any man that wants to be a father would feel the same,” he wrote on his Instagram Story.

Claiming that he kept the secret for years “because I loved you and I promised to never hurt you,” he said he had a change of heart after she spoke against him. “But now after what you did by publicly shaming me, I have no more loyalty for you,” so he declared.

“Kehlani I wish you would have told me the truth instead of lying to me and aborting out child without me knowing,” Kaalan further accused Kehlani of keeping him in the dark about her supposed pregnancy, “Kehlani our child would have been 6 years old this year. I will never forgive you Kehlani.”

Kaalan previously threatened to “expose” Kehlani’s “dark secrets” after she spoke in support of women accusing the actor of sexual assault. “i am standing with the victims of a serial RAPIST who i knew personally to be aggressive, dangerous & twisted,” she wrote earlier this month.

She said of the photographer, who was arrested in September 2018 after several women accused him of sexual assault and rape dating, “he was released on bail & is back shooting photography of people (how he started assaulting folks in the first place, many of which were minors).”

Showing her support for the alleged victims, Kehlani pointed out, “and his case is still open and now his victims and their allies are being targeted and gaslit by him and his followers on social media. some are my FRIENDS. I STAND W YALL.”

The singer shared details of the case.

She additionally retweeted the accounts from some of Kaalan’s alleged victims, including singer Jean Deaux, who claimed the 23-year-old “Superfly” actor took advantage of her while she was intoxicated.

Genius: Aretha Premiere Recap: The Road to Respect Is Paved With Pain

Another Lee to the fore for Malaysia
World News