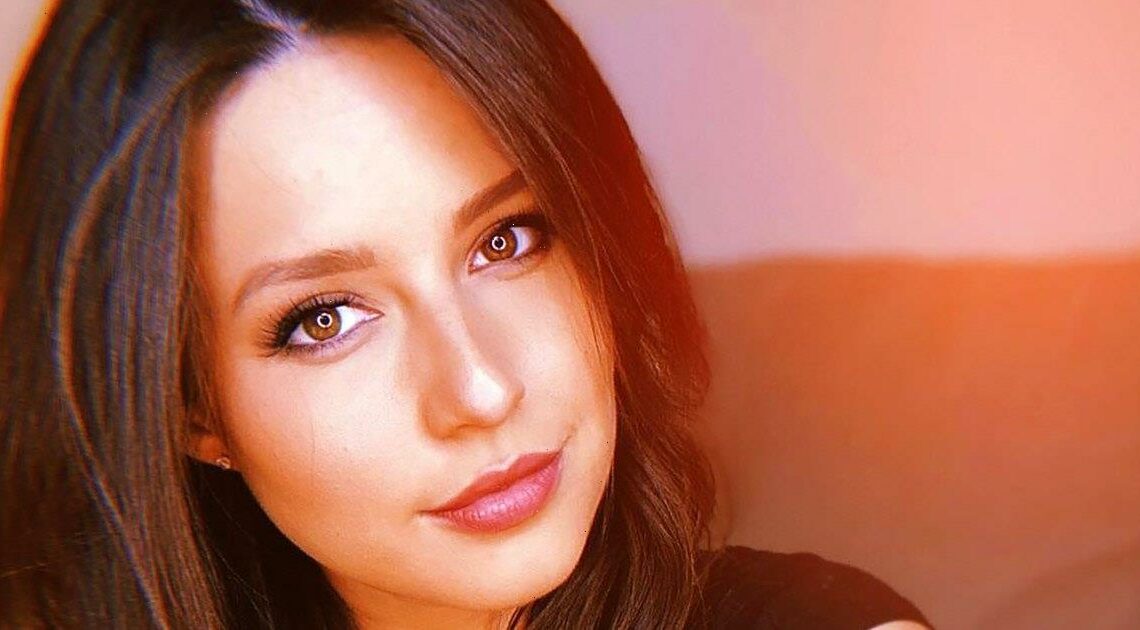 One step at a time. Katie Thurston let fans in on her healing process after coming forward with her experience as a sexual assault survivor during the Monday, June 21, episode of The Bachelorette.

How Does Season 17 of ‘The Bachelorette’ End? Everything Katie Has Said

“I want to thank each and every one of you who has reached out tonight,” she wrote in an Instagram Story message after the emotional episode aired. “I wish I could reply to every single DM. I thank you for taking the time to share your story with me.”

To others who are on their own journeys as survivors, the 30-year-old Washington native noted she was “so sorry to hear about your experience and what you’re going through now.” She added, “It takes a lot of courage to reach out for help. You are not alone and there are people who can help.” 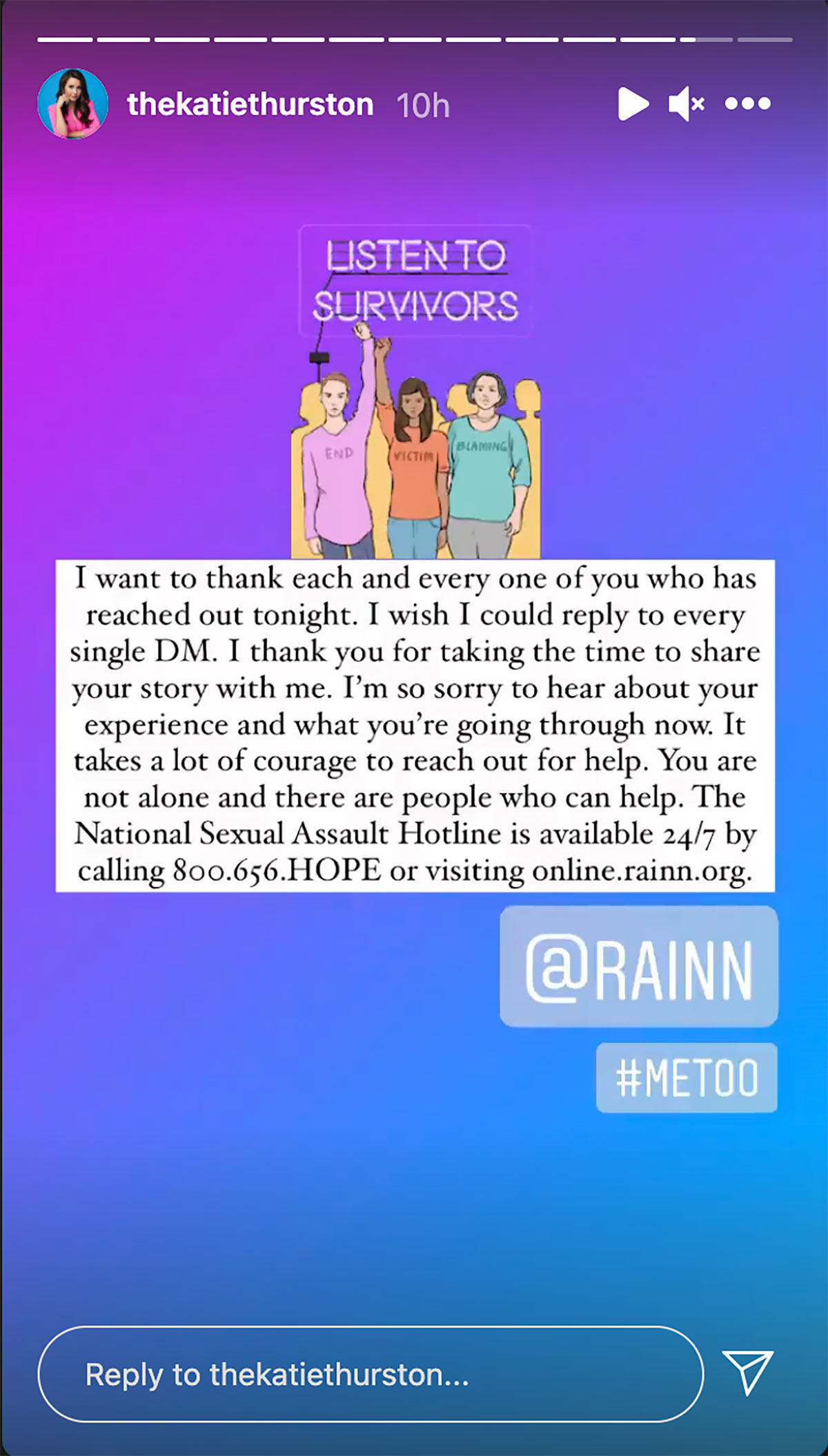 The season 25 Bachelor alum used #MeToo at the end of her message and added a sticker that read “Listen to Survivors.” Included in her Instagram Story was contact information for the National Sexual Assault Hotline, which offers 24/7 resources for survivors.

During the first group date on Monday’s episode, Katie was joined by former Bachelor Nick Viall, who opened the floor to some of the season 17 contestants to share stories about their past relationships. Inspired by the men and their vulnerability, Katie took time to be equally as honest about what she’s been through, revealing that she was “involved in a situation where there wasn’t consent” 10 years prior.

“I was in denial about what happened, so much so that I tried to form a relationship with him because I didn’t want to believe what actually had happened,” she recalled, admitting that it took years for her to become the “very sex-positive woman” she is today. “I didn’t want to have sex. … I didn’t like talking about sex, and it’s taken me a long time to get to where I am now … loving myself and accepting things I can no longer control.”

The powerful moment wasn’t one Katie planned before the date, she told Glamour magazine. “Going into it, I was probably going to share something surface level,” she said in an interview published on Monday. “But as each guy opened up more and more, I felt compelled to be vulnerable with them and share that story.” 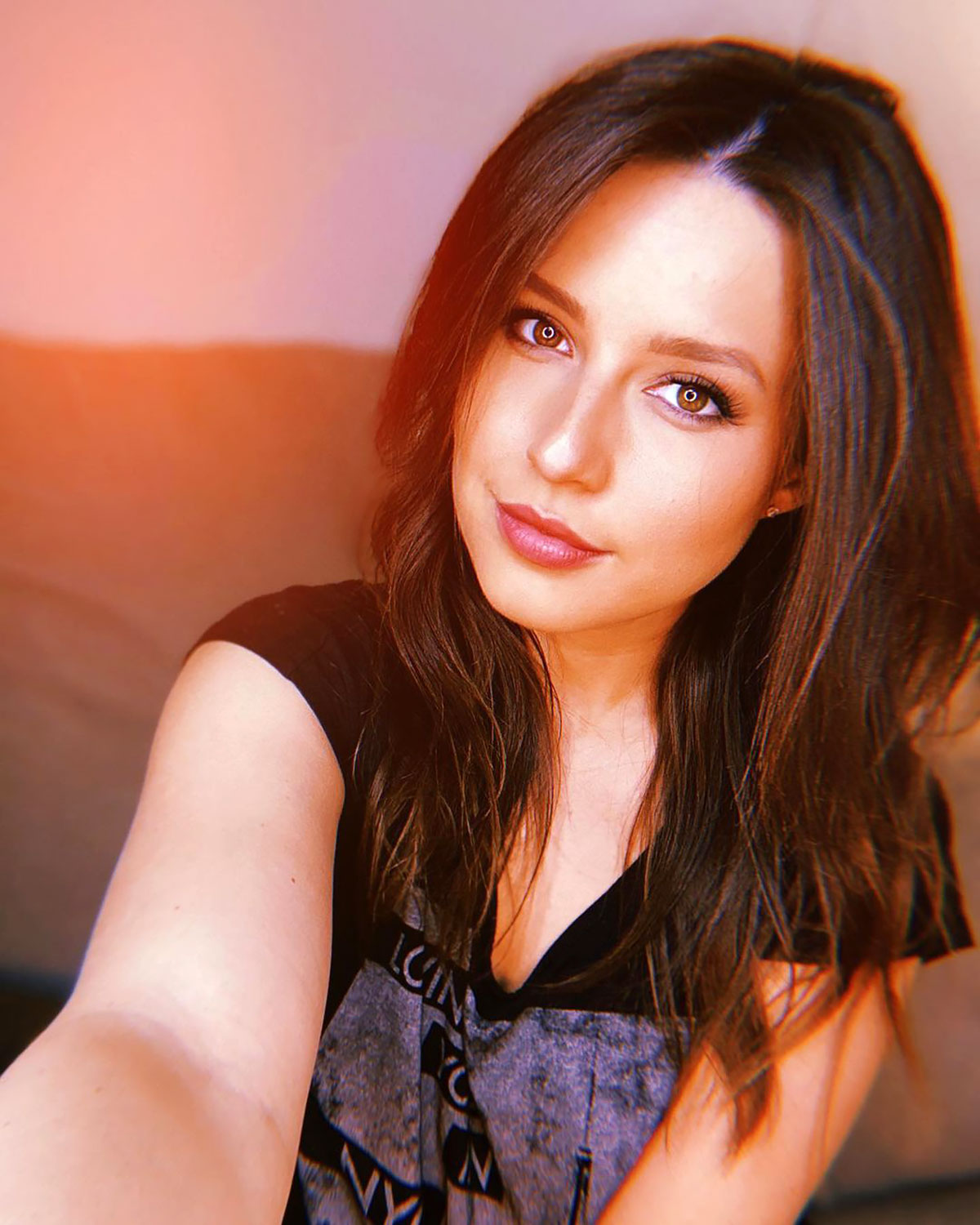 Katie was given “the option to not have that [conversation] aired,” but wanted to use the platform to approach the serious issue, even if it felt like “a heavy topic for family television.”

She told Glamour, “Sometimes you don’t realize how impactful something can be. … In some ways it’s going to be so heartbreaking to hear all these people who have relatable experiences, but also as a community, we are all supporting each other. We are healing and starting conversations so that we can move forward and hopefully educate everyone on what it means to have consent.”

The Bachelorette airs on ABC Mondays at 8 p.m. ET.

If you or anyone you know has been sexually abused, call the National Sexual Assault Hotline at 1-800-656-HOPE (4673). A trained staff member will provide confidential, judgment-free support as well as local resources to assist in healing, recovering and more.