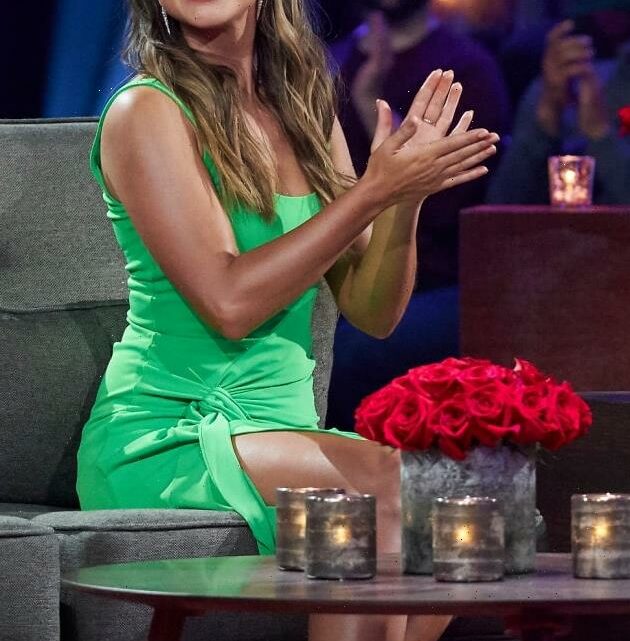 Katie Thurston Shows Lumpectomy Scar: Be Your Own Health Advocate!

But you don’t need insider info to know that Katie Thurston is upfront about her life, especially when it could help others.

Recently, she took to social media to discuss her lumpectomy, even showing followers her scar.

The procedure happened years ago, but she’s stressing the importance of advocating for your own health.

During the final week of July, Katie Thurston used her Instagram Story to open up to followers.

“I often get questions about my scar,” she acknowledged.

Katie explained that “It’s from a lumpectomy after finding a lump in my breast.”

She goes on to explain that this happened a decade ago — which makes it an unusual story.

“Because I was only 20,” Katie reflected, “I discovered this on my own.”

“So,” Katie reasoned, “it’s important to be your biggest advocate.”

She stressed that this is vital “when it comes to your own personal health.”

Screenings happen based upon statistics, but cancer can happen to anyone at any age.

A lumpectomy is designed to remove a small amount of the breast, including a lump and some surrounding tissue.

The tissue will be analyzed in a pathology lab to see how dangerous it was, and whether more tissue needs to be removed.

It can lead to a clean bill of health … or a patient may be told that they should consider a mastectomy. Katie did well to catch it early.

This company, founded by Michael Allio and dedicated to his late wife, Laura, is very on-topic.

Per the site, they aim “to ensure that individuals and families battling cancer are surrounded by a support network that allows them to focus on treatment, recovery, and living joyous lives.”

Katie is absolutely right, of course.

Checking yourself for cancer — from lumps in breasts or testicles to keeping an eye on moles — is vital.

The key to fighting cancer is to catch it as early as possible, and some forms can be detected.

It is of course no surprise to hear Katie using her platform for good.

Part of her role on the show, even as a contestant but especially as Bachelorette, has been her doing so.

Her vital message of sex positivity is one that, frankly, a lot of people could stand to hear.

Some members of the Bachelor Nation have admitted that they’d never heard the term before.

In fact, some still seem unclear on its meaning after an entire season.

That’s fair — the show is entertainment, and does not serve as a very effective educational tool.

Someone who is sex positive makes their own sexual choices and allows others to make theirs.

They don’t attach weird moral judgments or assign personal value according to what other people do with their bodies.

They also don’t imagine that someone’s personal value magically decreases because of a sexual choice.

This is an objectively good cause that aims to make the world a better and more accepting place.

The opposite of this is sex negative — something that viewers witnessed with Luke P’s toxic display of hostility after Hannah Brown f–ked in a windmill.

Whether it’s social or medical awareness, Katie is using her platform for good things.