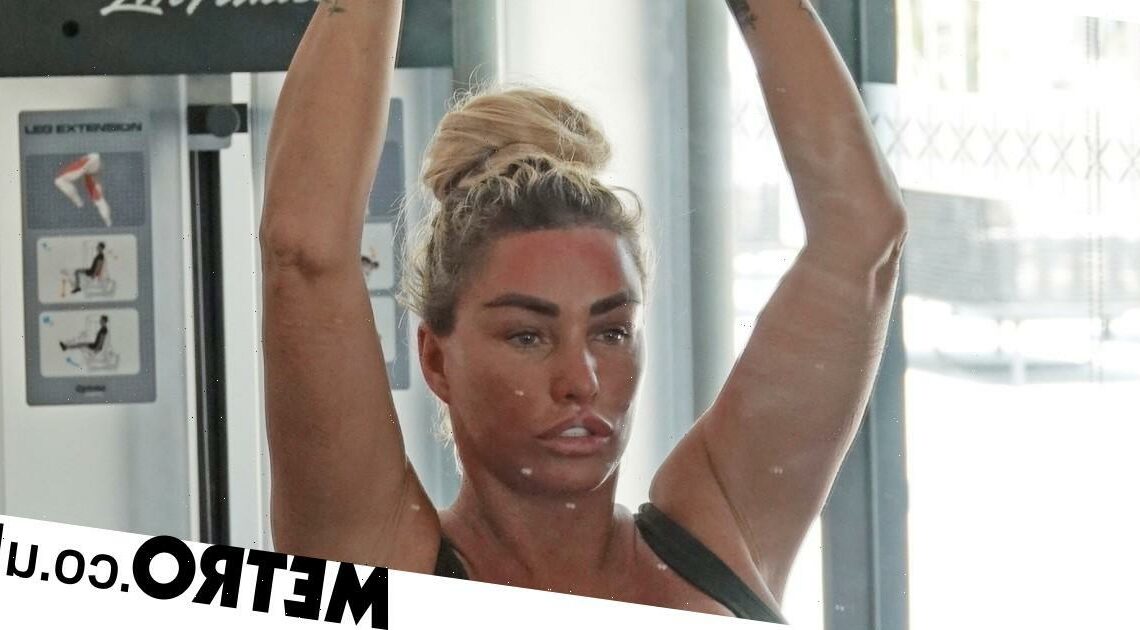 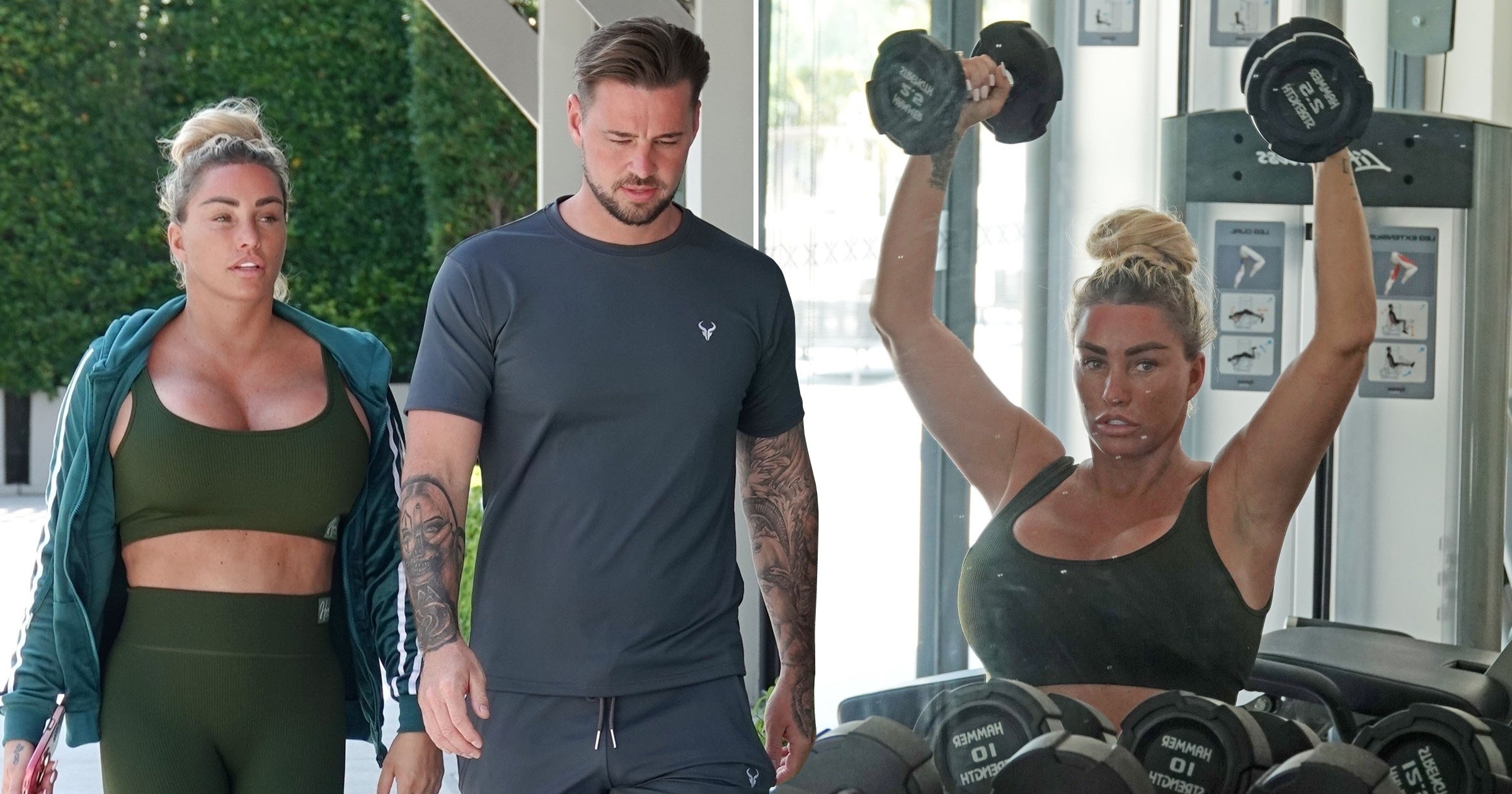 Katie Price and Carl Woods have been pictured enjoying a steamy workout during their spring break in Thailand.

The 43-year-old former glamour model revealed over the weekend she’s had 24 boob jobs over the years – she even said her biggest implants are up for sale – and she’s shown off the results of her latest procedure.

Katie and her man could be seen working up a sweat in a local gym during their break, and she put her new bust proudly on display.

As she could be seen hitting the weights, the star flaunted her curves as she sported a forest green crop top with a matching pair of skin tight leggings.

Completing the look, she was wearing a pair of Gucci trainers.

It’s clear Katie’s been putting in the time in the gym, and at one point she could be seen glancing down at her new boobs during a brief break between reps.

Not to be outdone, Carl was also getting involved with his own workout as he sported matching dark shorts and a tight t-shirt.

The couple were seen strolling in the sun after their session – which is much more than the nap we’d be going for.

My Crazy Life star Katie recently underwent her latest surgical procedure in Turkey, which was initially touted as her biggest boob job yet and her 13th.

However, she set the record straight on her latest breast augmentation while also offering her old implants for a eye-watering price tag – £1 million.

In her Instagram Story on Sunday, she wrote: ‘They say my 13th boob job more like 24th boob job…. Have to say they are not my biggest , my biggest are in a safe for sale for a million pounds dm for enquiries or email.’

She previously had them reduced in size, telling The Sun: ‘The first surgery I had was uncomfortable. These boobs have been to America, England, Belgium and now these are Turkey boobs. I’ve just had them reduced.

‘My old implants – I have them in a bag – they were a thousand CC and, Jesus, when I hold them they were really heavy.

‘I think I’ve got 795 in so that is a lot smaller and they feel smaller. I’m so excited because finally I’m gonna be able to wear clothes I don’t look fat in.’