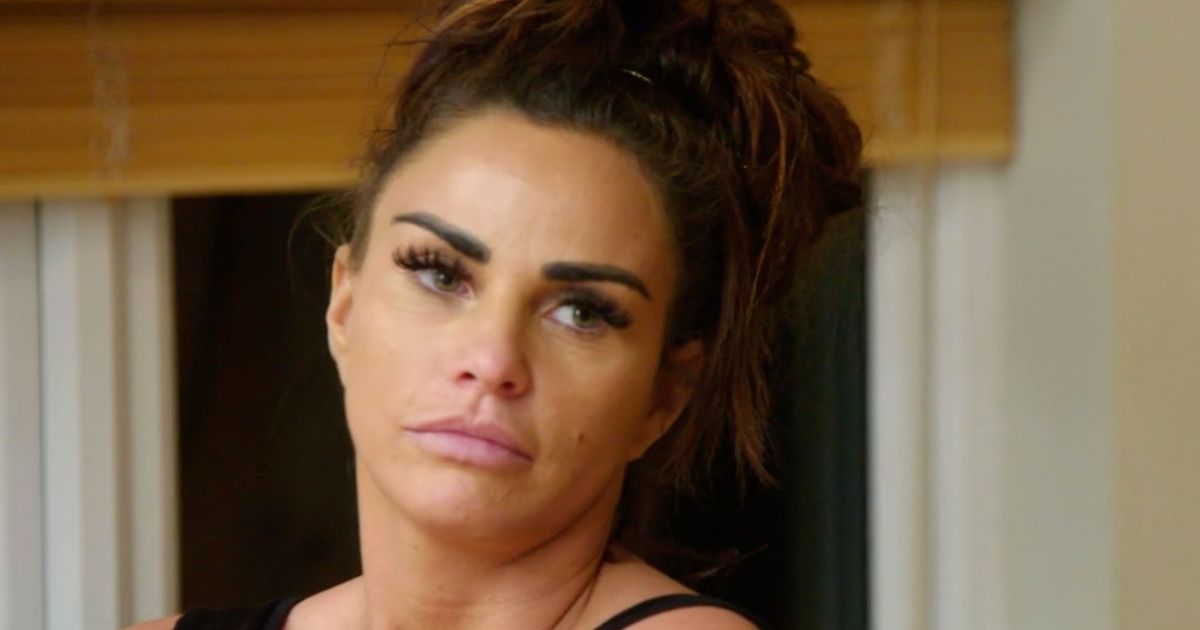 Katie Price insists she’s got herself together after a month-long rehab stay earlier this year.

But she’s admitted her quest for inner peace has come at a price, with KP claiming she’s put on two stone as a result.

"I’ve let myself go. I’ve put on two stone and feel ugly. I haven’t shaved my armpits, my hair’s scruff. But if that’s what it took to get me to a happier place in the inside, that’s all that matters," she told ex boyfriend Kris Boyson in last night’s Katie Price: My Crazy Christmas.

Employing her former toyboy to help whip her into shape, things got seriously awkward when she flopped her bum out to show off her apparent weight gain.

"Do you think I’ve put on weight? Yes or no?" she asked, pulling her pants down to show her thong-clad bum.

Clearly unimpressed, bemused fitness trainer Kris snarkily sniped, "Why are you getting your a*** out?"

"I know, I don’t have to look at your arse," he hit back, before sweetly adding, "I think you look better now with a bit of weight on you. But, if you want to lose it, we can lose it."

Her feeble attempts at a workout soon came to an uncomfortable end when the chat turned to whether Katie had missed him following their split at the end of August.

When Kris asked how much she’d missed him, she would only reply, "Not much" before turning the tables on him and asking if he’s moved on.

"Go on, be honest. Are you texting anyone? Have you had sex with anyone since me?" she grills, after refusing the answer the same questions herself.

"Yeah, you lied to people, you hurt everyone," added Kris – who reportedly ended it with Katie when she started seeing loaded businessman Alex Adderson behind his back.

"I did, I want to be loved at the end of the day. I’ve learned to love myself and to think of me before anyone else," she conceded, before blaming all the soul searching for her supposed weight gain.

"Now I’ve got to deal with the outside again," she continued.

"Hence why I’m probably going to have my face done again. Hence why I’ll probably have my boobs done. Hence sunbeds…"

Miss Universe 2018: See All The Beauties In Their National Costumes — Gorgeous Pics