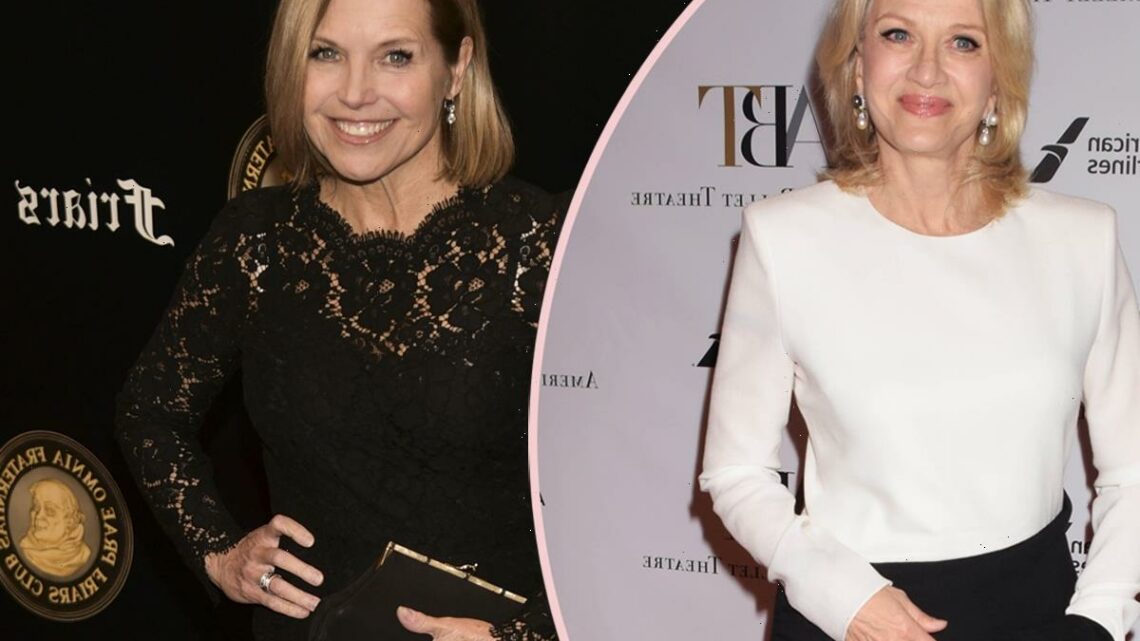 Katie Couric is not holding back in her new tell-all memoir, especially when it comes to her rivalry with Diane Sawyer.

It’s no secret at this point that the two prominent newswomen have a long and ugly history that started when Couric and Sawyer joined the rival morning shows Today and Good Morning America, respectively, in the late ’90s.

According to DailyMail.com, in her upcoming memoir Going There, the 64-year-old longtime journalist admits that she was always “envious” of seeing Sawyer break down boundaries in such a male-dominated industry when she was still a local reporter in Miami. And growing up, Couric often “scrutinized” her hero’s interviews on 60 Minutes and “couldn’t get over how cool” Sawyer was at the time.

So what changed? Well, it sounds like their competitive natures got the best of them when the duo landed their high-profile jobs. Per the outlet’s advance reading of the manuscript, Couric shares in the tell-all that the competition between the two ladies got so out of hand the 75-year-old host declared an all-out war at one point by saying:

“That woman must be stopped.”

Oof! Sounds like it became pretty personal! One of Sawyer’s producers on the show even got the declaration embroidered on a pillow for Couric as a gift — so you know it was serious! LOLz!

While their cutthroat feud may have been out of control sometimes, Couric confesses that she thoroughly relished being a threat to Sawyer, who she says was — unlike her — tall, blonde, and “full of money.” She says of her longtime opponent:

“I loved that I was getting under Diane’s skin.”

However, she recognizes that Sawyer got under hers just as much. In the book, she described one instance in which Diane scooped up a huge interview with a woman who just gave birth to twins at 57, and Katie infamously quipped:

“I wonder who she had to blow to get that.”

Even though it was a joke, Couric said it “didn’t exactly sound that way” when it reached the newspapers at the time. According to The New York Post, she uses the book to clarify for all those who misunderstood:

And the drama didn’t end there. The women apparently went to remarkable lengths to land big interviews, using tactics that were “often absurd, hilarious and flat-out shameless.” According to Couric, Sawyer’s bookers often broke down in tears on the phone and guilt tripped interviewees if they started backing out at the last minute.

And if Today hosted a guest at a New York hotel, someone from GMA would sometimes pretend to be from the network, saying the appearance was canceled and then pitch their own show. They would even send a car to pick someone up from the hotel and just take them straight to the GMA studios instead of Today!

Once, she writes, both were fighting for an interview with two teen girls who had been abducted. Sawyer painted herself as a family woman, but Couric won when her booker pointed out to the victims she was a widowed mother of young girls — while Diane was just a step-mother.

Basically it sounds like they would do anything and everything to f**k up the other person’s scoop.

And even though the battles are all in the past, Katie still has strong words of criticism for Sawyer. She specifically paints the ABC News anchor’s 2002 interview with Whitney Houston as exploitative:

“There was a very fine line between a revealing interview and the exploitation of troubled, often traumatized people in service of tawdry tidbits and sensational sound bites (e.g., Diane bearing down on an agitated Whitney Houston about eating disorders and drug use, which yielded the memorable comeback ‘crack is whack’).”

It’s something many fans have agreed with of late, especially in light of what we’ve learned about how that Princess Diana interview came about.

As we said before, this book will definitely be a juicy read, and it really seems like Couric went there. Are you surprised by some of these details about Katie and Diane’s feud? Do you plan on reading her upcoming memoir? Let us know in the comments (below).