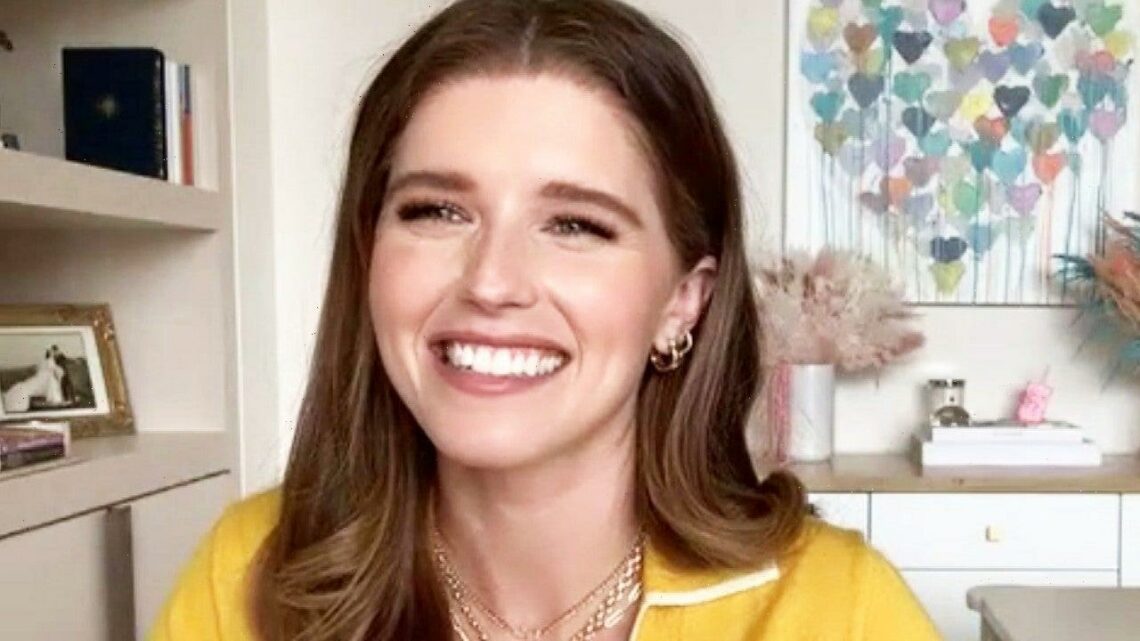 Katherine Schwarzenegger is balancing it all when it comes to being a first-time mother to her daughter, 8-month-old Lyla, and continuing to prioritize her beloved dog, Maverick.

ET’s Kevin Frazier recently spoke to 31-year-old Schwarzenegger about her partnership with Canidae Premium Pet Food for their Sustain the Goodness campaign as well as the launch of their new Sustain line that she feeds Maverick with, and she talked about how Maverick has adjusted to baby Lyla. Schwarzenegger and her husband, Chris Pratt, welcomed their first child together in August.

“I mean, Maverick has always and continues to be such a huge priority in my life, which is why, you know, for me when I work with different brands and being able to see all the great things that Canidae is doing, it’s really important to me that Maverick also gives his seal of approval with whatever food that I’m gonna be giving him, and just knowing they’re aligned with the passion to live a sustainable lifestyle is so important to me,” she says. “So he has handled transitions and new chapters in my life really beautifully and he’s the best dog and he just, you know, loves my little daughter and loves being able to be around her.”

“And it’s just such a great experience for me and really exciting as well to be able to see my whole family around my daughter,” she continues. “It’s really awesome, and, you know, as I’ve gotten older, to be able to just see different and new opportunities and really new chapters that are really exciting … this motherhood chapter has just been truly incredible for me and I’ve enjoyed every single minute of it and I just absolutely love it.”

Schwarzenegger said that her family — parents Maria Shriver and Arnold Schwarzenegger, and younger siblings Christina, Patrick and Christopher — have all stepped up when it comes to Lyla. She also noted that Pratt, who has an 8-year-old son, Jack, with his ex-wife, Anna Faris, has been a great girl dad.

“My sister is such a hands-on auntie and both my brothers, Patrick and Christopher, are just really great uncles to her,” she says. “And to see both my parents step into their roles as grandparents has been such an incredible gift and definitely a silver lining of this crazy past year that we’ve had of, you know, not being able to see people the way we once did. But to be able to spend really quality time with my family has been such a great gift and then of course to see my husband step into the role of being a girl dad is so beautiful as well, so it’s been all really nice.”

Despite her busy schedule, Schwarzenegger is still finding time to support her passions, which include sustainability and animal advocacy. She encourages people to adopt one new habit each day to help sustain the goodness of our planet.

“With what I’m doing with Canidae — being able to encourage people to use the hashtag sustain the goodness and make an effort to do one thing every single day that’s gonna be making the world a better place, whether that’s using reusable water bottles or, you know, making sure that you turn the lights off, doing simple things every single day to make the world a better place — is really Canidae’s goal and why for me it was such a perfect partnership,” she says. “It makes a huge difference, every little thing can make a difference and it’s really important for people to know that and also feel empowered.”

These days, the best-selling author of The Gift of Forgiveness is also keeping busy with her Instagram Live series, “Before, During & After Baby.” And of course, she’s excited to celebrate her first Mother’s Day on May 9.

“Mother’s Day is such a big holiday in our family, of course, because we have an incredible mom,” she says of Shriver. “When I think of what my first Mother’s Day hopefully will look like, it’ll just be with our family and being able to honor my mom and then have an experience for me as a first mom is really exciting as well, so I just look forward to family time.”

She later joked about Shriver previously telling ET she did not want to be called grandma.

“She’s very keen on just being like, that’s not exactly what I’m gonna be called,” she says. “But she has a secret, fun, little name with my daughter and she’s really cute with her and just the best grandma. My dad is the best grandpa, so it’s great.”

Check out Schwarzenegger’s Instagram to learn how to take Canidae’s Sustain the Goodness pledge and get involved with the campaign this month.

Meanwhile, ET spoke with Shriver in February and she talked about watching her eldest child become a mom.

“I’m happy for them and I’m in awe at what a beautiful mother she is, but I’m not surprised,” she said. “It’s been a gift to me. It’s been a gift to her siblings, her father and to everyone who loves [her and Chris]. To see somebody step into a role of motherhood is really a beautiful thing. I’m a big believer that motherhood and parenting is the most valuable work that we do in this world.”

Watch the video below for more with Shriver.