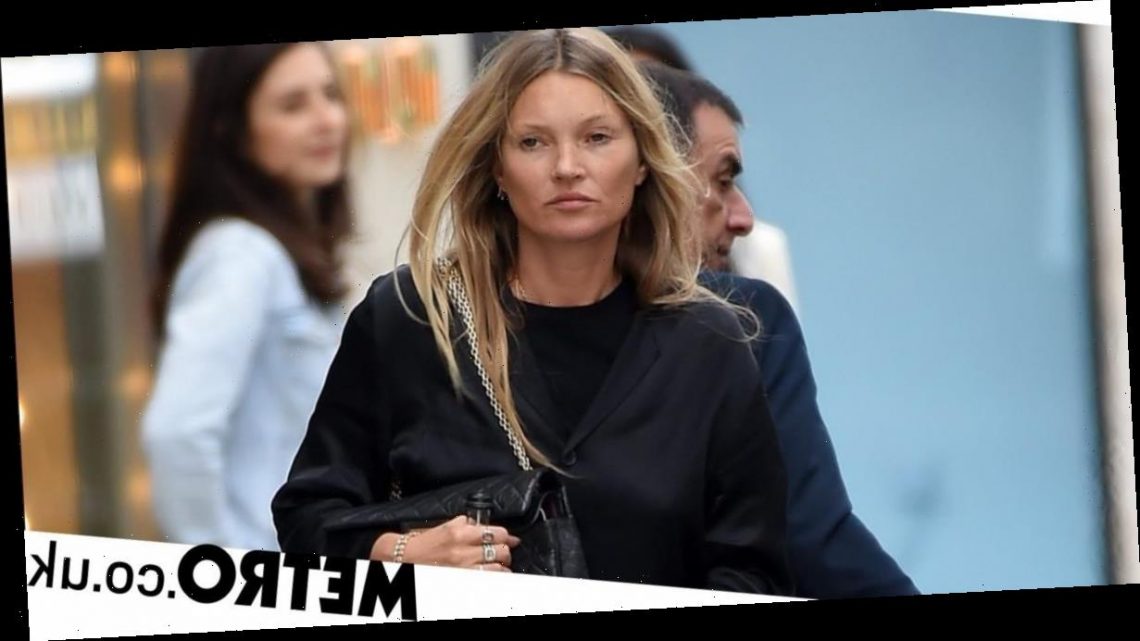 Kate Moss headed out on a shopping spree in London today, as claims of her relationship with Johnny Depp came to light.

The Pirates Of The Caribbean actor’s ex-wife, Amber Heard, appeared in court during his high court libel trial – and alleged he pushed the model down the stairs during their romance.

And Kate was spotted out in the city as the claims emerged.

The 46-year-old made a beeline for the flagship MiuMiu store in New Bond Street.

She rocked a black t-shirt and blouse for the day, finishing her look off with a polkadot skirt and black pumps.

The supermodel clutched a bottle of water, and held a large shopping bag on her way out of the shop.

Her appearance came after Amber Heard gave evidence on day 11 of Depp’s court case, where he is suing The Sun’s publisher News Group Newspapers (NGN) for referring to him as a ‘wife beater’ in a 2018 column.

When she was called into the witness box, the Aquaman star told the court that she had heard Depp had ‘pushed’ supermodel Kate ‘down the stairs’ during their four-year relationship.

The pair had dated for four years, after meeting back in 1994, before he went on to marry former wife Vanessa Paradis.

Heard had been referring to an incident in Los Angeles in March 2015, where she claims Depp had tried to push her sister, Whitney Henriquez, down the stairs.

She said she remembered the incident with Moss and it made her react in self-defence to protect herself and her sister, claiming this is when she ‘hit Depp back for the first time’.

Heard insisted she has never been violent towards Depp, but claimed she acted in self-defence during this particular row.

‘Johnny hit both myself and my sister… I did strike Johnny that day in defence of my sister. He was about to push her down the stairs and, the moment before that happened, I remembered information I had heard that he pushed a former girlfriend – I believe it was Kate Moss – down the stairs,’ she told the court.

‘I had heard this rumours from two people and it was fresh in my mind. In a flash I reacted in defence of her. For years Johnny’s punched me and for years I had never even hit him.

‘I never so much as landed a blow and I will never forget this incident… it was the first time after all these years [that I hit him back].’

Eleanor Laws QC accused Heard of ‘changing her story’ and said she had never mentioned Moss before – and played heard a clip from her 2016 deposition in LA, where she recalled the stairs incident with Depp and her sister.

Asked in court by Ms Laws why she had never mentioned Moss then, Heard replied: ‘I didn’t have a chance. I’ve not had the liberty of time or space or energy even to list every thought that crossed my mind.’

Depp insists Heard’s claims are a ‘hoax’ and the trial continues.