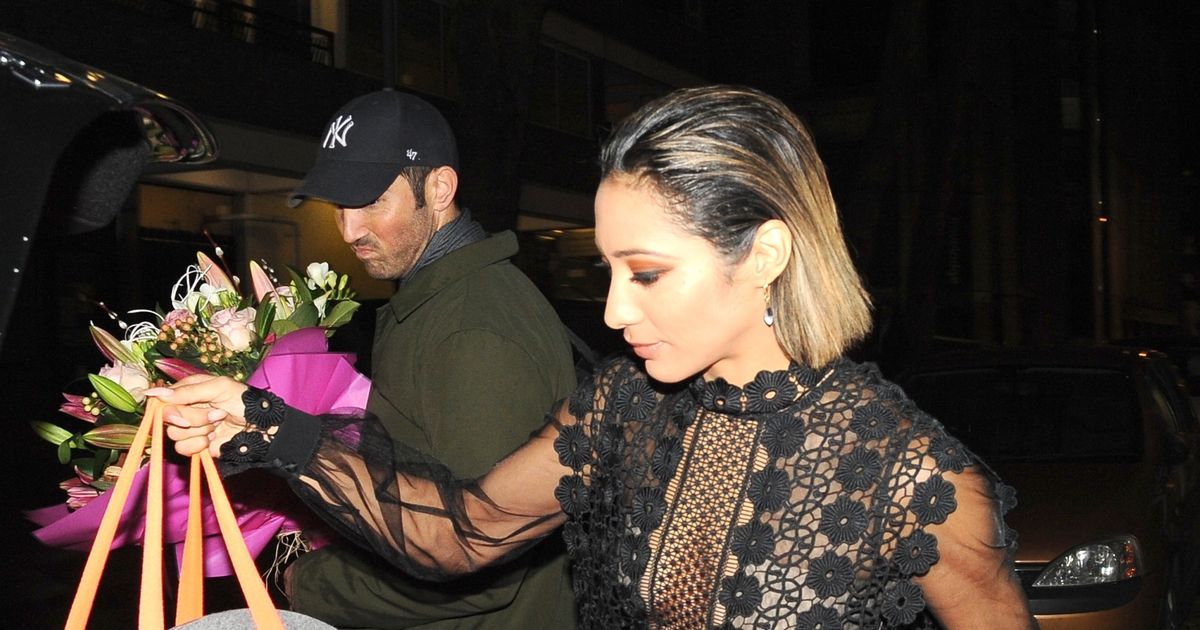 Strictly star Karen Clifton was supported by her new man David Webb after breaking down in tears on It Takes Two.

The pair were spotted heading into a cab with David carrying an enormous bouquet of flowers for his pro-dancer girlfriend.

Karen led the way clad in a plunging lace mini dress with her bleached locks gelled back from her face.

36-year-old Karen and opera singer David, 34, have been dating since the start of this year following her split from husband and fellow Strictly star Kevin Clifton.

But the star has since found love again with David who was on hand to help as she bowed out of Strictly with her final It Takes Two appearance of the series.

Karen and her celebrity dance partner Charles Venn were eliminated from the competition at the weekend after finding themselves in the bottom two against Ashley Roberts.

During their obligatory It Takes Two appearance a day later, both Karen and Charles struggled to hold back the tears.

EastEnders and Casualty actor Charles blubbed as he said he was ‘proud’ to have made it to the quarter finals.

"According to my kids I couldn’t dance… they’re eating humble pie now for sure," he wept.

Speaking about his departure he said: "It’s obviously sad and a bit of disappointment, but there’s a sense of pride. It’s a weird bittersweet feeling."

Charles added that he was looking forward to spending more time with his son and taking him to school every morning now that he had more free time on his hands.

Many viewers at home vented their anger that Charles couldn’t have stayed longer in the competition, complaining that he was more deserving of a place than trained dancer Ashley Roberts.

"Ashley is a great dancer, but she’s not going to get any better," complained one.

"Charles was a total beginner. In my eyes, he was the winner!" cried another.

After performing his Rumba to Maria from West Side Story, the judges unanimously decided to save Ashley and her partner Pasha Kovalev who make it through to next week’s semi-finals.