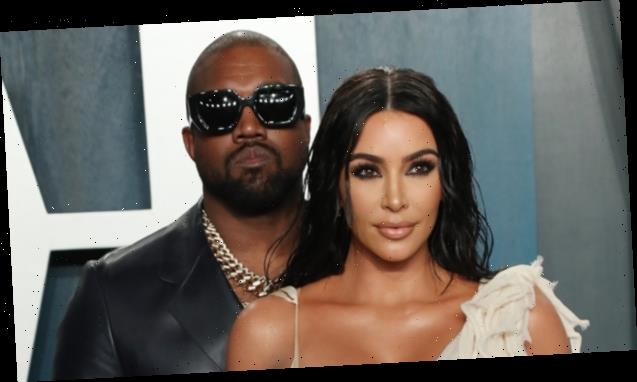 Kanye West said ‘God is shining’ on Kim Kardashian when he posted a loving message about her ‘becoming a billionaire’ after she sold a 20% stake in her KKW Beauty business to Coty for $200 million.

Kanye West, 43, didn’t hesitate to proudly give a shout-out to his wife Kim Kardashian, 39, on Twitter when she made headlines for becoming a billionaire after selling a 20% stake in her KKW Beauty line on June 29. The rapper shared some sweet and loving words about the Keeping Up with the Kardashians star and her smart decision to sell part of the line to Coty for $200 million, and because he is usually a private person when it comes to family, the surprising tweet got a lot of attention.

“I am so proud of my beautiful wife Kim Kardashian West for officially becoming a billionaire,” he tweeted along with a photo of vegetables and flowers that looked fresh from a garden. “You’ve weathered the craziest storms and now God is shining on you and our family So blessed this is still life So I made you this still life We love you so much.”

Shortly after Kanye posted his message to Kim, many fans responded to it with their own support. “Kanye, we love you,” one follower wrote. “congrats to her,” another responded. “What’s better than one billionaire? Two,” another said, referring to Kanye’s own $1.3 billion net worth.

Kanye didn’t respond to any of his followers’ comments, but his message definitely said enough. The new partnership that made Kim a billionaire is sure to be an exciting one as it promises to bring new makeup, skincare, haircare, nail products, and more to her fans and other consumers. Kim expressed her feelings about the big step with her four-year-old KKW Beauty line in a statement.

“Partnering with an established organization like Coty will be instrumental in the advancement of my brands as their global reach allows for faster expansion so people around the world are able to experience new launches first hand,” the statement read. “This relationship will allow me to focus on the creative elements that I’m so passionate about while benefiting from the incredible resources of Coty, and launching my products around the world.”

Kim’s deal with Coty comes five months after the company closed a deal with Kim’s sister Kylie Jenner, 22, for a 51% stake in her successful Kylie Cosmetics line. It earned her $600 million at the time, but Kim’s new deal now makes her the richest of the KarJenner family. Although a billionaire status originally went to Kylie by Forbes last year, the magazine retracted the title in May after they accused the makeup mogul of falsely inflating her wealth and lying about her makeup sales.

“Kylie’s business is significantly smaller, and less profitable, than the family has spent years leading the cosmetics industry and media outlets, including Forbes, to believe,” Forbes claimed in a report they released.

Kim’s deal with Coty is expected to close later this year but there’s no date yet on when new products will hit the shelves.

'Counting On': Jessa Duggar and Jinger Duggar Share a Sponsor