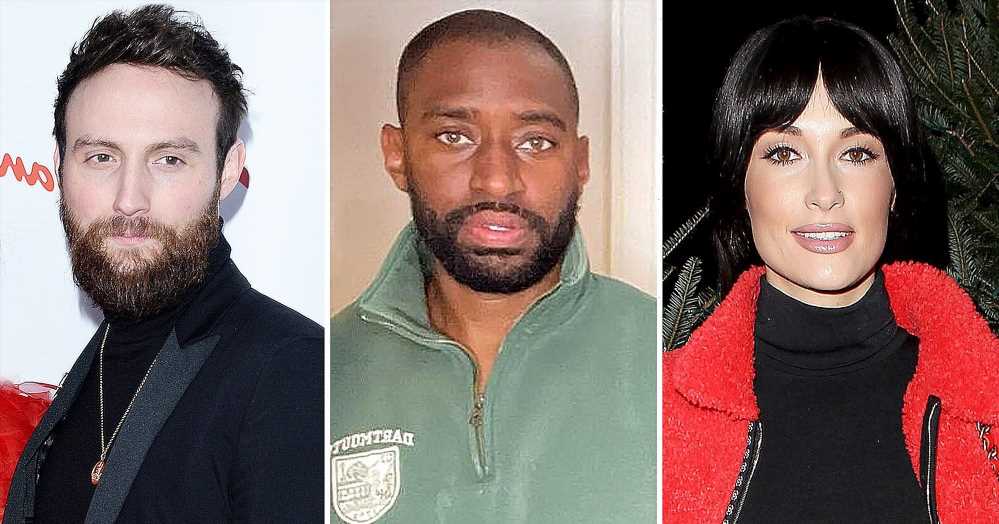 Off the market? Kacey Musgraves sparked relationship speculation that she moved on with Dr. Gerald Onuoha less than one year after filing for divorce from Ruston Kelly.

Celebrity Splits of 2021: Stars Who Broke Up This Year

The “Slow Burn” singer, 32, shared a photo with the Nashville-based doctor on Monday, April 12, via her Instagram Story from what appeared to be a warm-weather destination. The Grammy winner cozied up to the Texas Southern University alum, who is also a graduate of Dartmouth College and Meharry Medical College, wearing a textured tank top as she soaked up the sun. Onuoha wore a backward baseball hat and camouflage jacket. 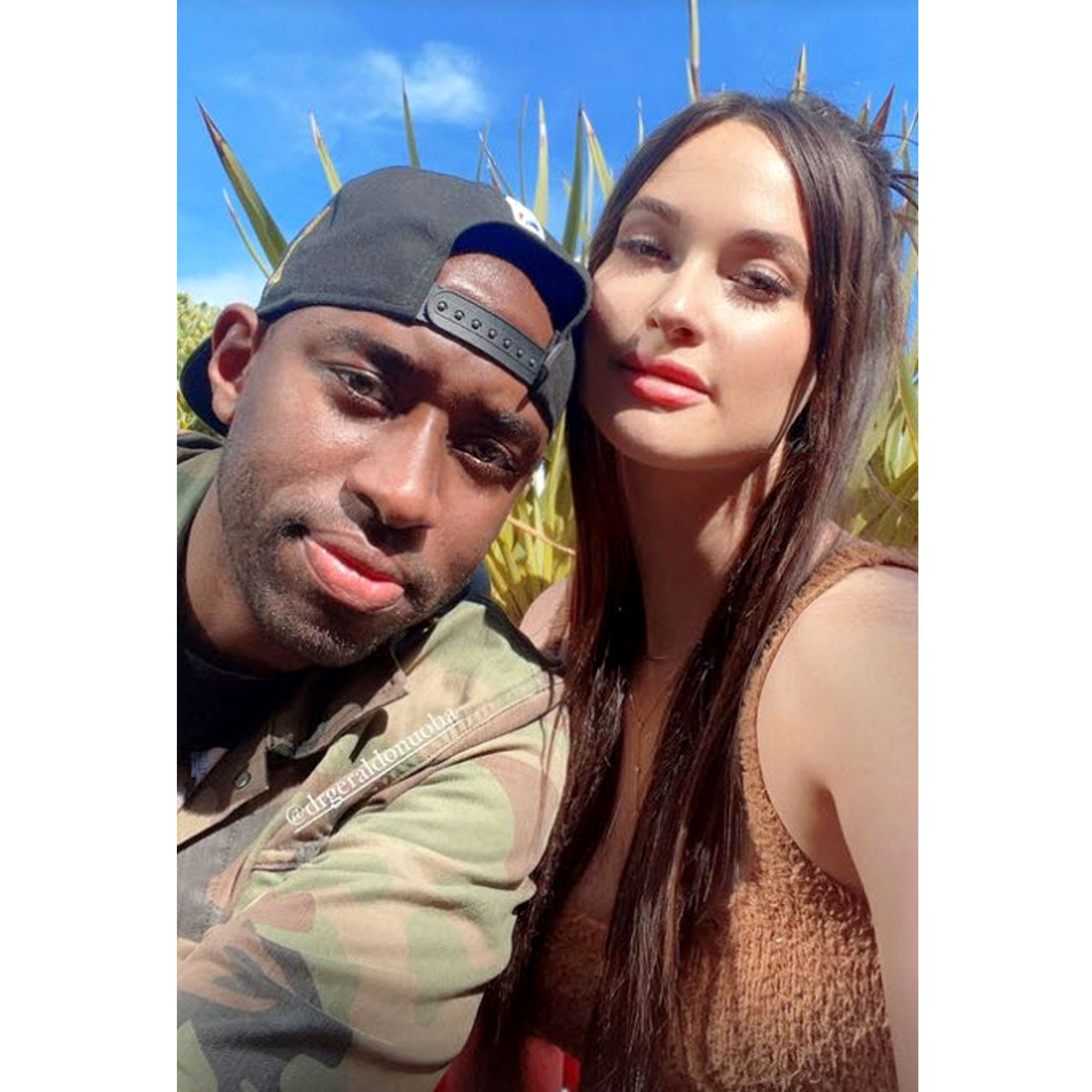 Musgraves also shared a close-up photo sipping on a green smoothie with green palm leaves in the background before posting a snap of clouds from an airplane window. She later documented herself mid-flight on Monday with two selfies in a blue sweatshirt, printed headscarf and face mask amid the coronavirus pandemic.

Onuoha, for his part, posted an Instagram Story selfie on an airplane as well on Monday. In the snap, he wore a black Lakers’ cap, sunglasses, a yellow hoodie under a jean jacket and a black face covering. “Window seat for me,” he captioned the picture.

The duo were spotted hugging in Los Angeles one day earlier in photos published by the New York Post’s Page Six.

A few days prior, the “Velvet Elvis” singer shared videos from her visit with Kourtney Kardashian and Atiana De La Hoya, who Travis Barker’s ex-wife, Shanna Moakler, shares with Oscar De La Hoya. (Us Weekly confirmed in January that Kardashian, 41, is dating Barker, 45.)

The songwriter shared a clip of herself biking along the beach via social media, tagging the Keeping Up With the Kardashians star and Atiana, 22, over the weekend. 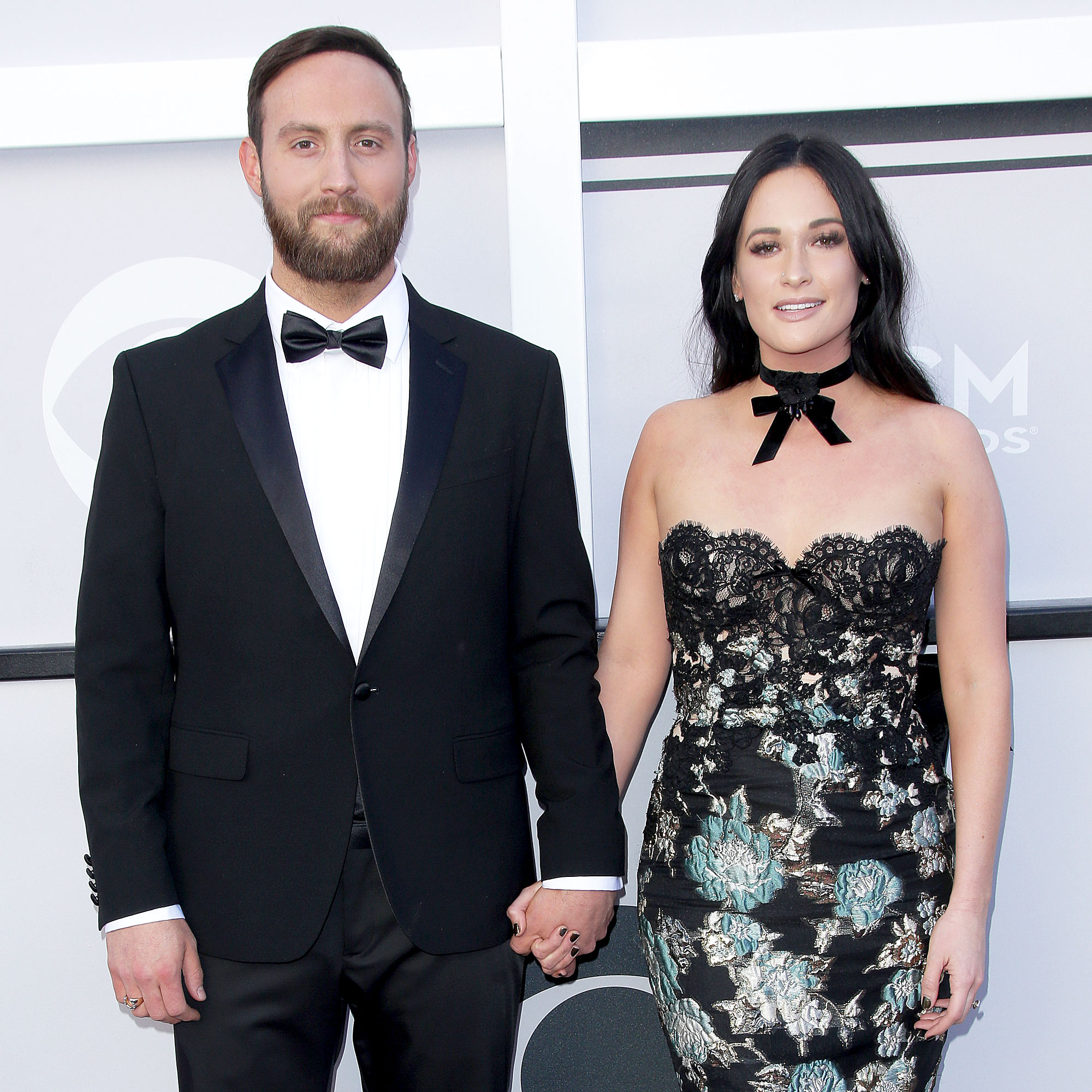 Earlier this month, Musgraves shared two sweet photos with her rumored beau via her Instagram Story. In the snaps, Onuoha wore a camouflage hoodie as he got close to the Golden, Texas, native.

Musgraves’ getaway with Onuoha came two months after she spoke out about her divorce from Kelly, 32, for the first time since their 2020 split. “It’s nothing more than that. It’s two people who love each other so much, but for so many reasons, it just didn’t work,” she told Rolling Stone in February. “I mean, seasons change. Our season changed.”

The “Space Cowboy” songstress admitted she lives “best by myself,” explaining that she’s done a lot of “reflecting” on her upbringing over the past year. “Growing up as a woman in the South and being a performer from a young age — we were told to please, to make this person happy,” she said. “That has to imprint on your code. It kind of erodes boundaries. So, I’m trying to examine things that may not be useful anymore and maybe unlearn some things.”

The “Follow Your Arrow” singer wed the country crooner in October 2017. Musgraves filed for divorce in July after nearly three years of marriage.

The pair announced their separation in a joint statement at the time, noting, “We believe that we were put into each other’s lives for a divine reason and have both changed each other infinitely for the better. The love we have for each other goes far beyond the relationship we’ve shared as husband and wife. It’s a soul connection that can never be erased.”

Despite going their separate ways, the estranged couple have continued to show each other support by posting friendly birthday tributes on social media.

Stunning portraits celebrate people who have had their Covid vaccine