Home » Celebrities » Justin Bieber Goes Off After He’s Accused Of Lip-Syncing At Coachella: People Like You ‘Make Kids Suicidal’ 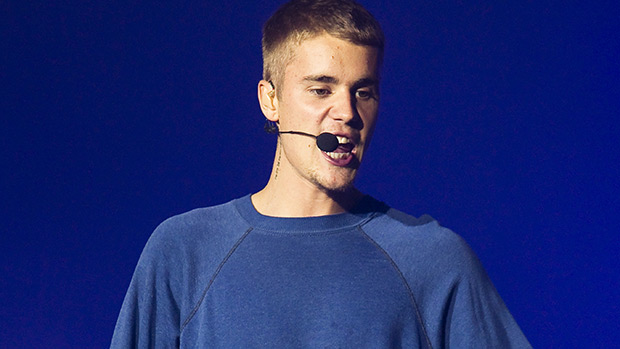 Justin Bieber Goes Off After He’s Accused Of Lip-Syncing At Coachella: People Like You ‘Make Kids Suicidal’

Justin Bieber clapped back at the ‘bullies’ accusing him of lip-syncing during his Coachella cameo by saying they should ‘build people up and encourage’ them instead!

“[Morgan Stewart], just saw a video of you ripping me to shreds saying I was lip-syncing,” Justin Bieber, 25, tweeted at the E!News: Nightly Pop personality on April 24. Morgan attacked Justin’s cameo during Ariana Grande’s Coachella set, and while she wasn’t the only one accusing him of faking his vocals, she was the target of Bieber’s clapback. “They played the song and I just sang overtop of it. [R]egardless, why spend your time tearing people down. It’s people like you that are bullies at school that are making kids suicidal.”

“Imagine if you spent even half the time you spend laughing at other peoples expense actually building people up and encouraging people how much positivity you could bring,” Justin continued. “What hurts about this is the fact that you have a platform to make a difference. And rather than being positive, you belittle people. Think about how awesome it felt for me to be on that stage after being away for so long, the excitement and joy it gave me doing the thing I love the most. I sang to backtrack like most cameos do. This is a normal thing.”

“And rather than try [to] make people feel accepted and loved, you find things to pick apart like the world isn’t full of that already. We can find something negative to say about anything or anyone,” Justin added. “When are we gonna be the kind of people that find joy in adding value to one another and not tearing each other apart?”

Justin returned to the stage on April 21 after a two-year hiatus. He joined Ariana, 25, to sing his hit, “Sorry,” and this marked the first time since canceling the final leg of his 2017 Purpose world tour that anyone saw Justin perform. He was clearly moved by the opportunity to get back on stage. “Thank you @ArianaGrande. Thank you @coachella,” he tweeted afterward. “That felt right. Love you.”

Despite this joyous return, many observers (mostly Ariana fans who were upset that she was sharing the stage with Justin, according to Cosmopolitan) attacked Justin for singing over a backing track. In Biebs’ defense, he said that this cameo was kind of a last-minute thing, and he probably didn’t have much – if any – time to rehearse. “I came out here, I had no idea I was going to be on stage tonight. Absolutely no idea. I wore this fly outfit not knowing that I was going [to] be on stage,” Justin said. “So anyways this is my first time on stage in like two years, so I had to get my groove back. I had to get my swag back, you know what I’m saying? So thank you so much Coachella. Thank you so much to Ariana Grande.”