Home » Celebrities » Jon Gosselin to Kate: I’ve Got Our Kids! Sucks for You! 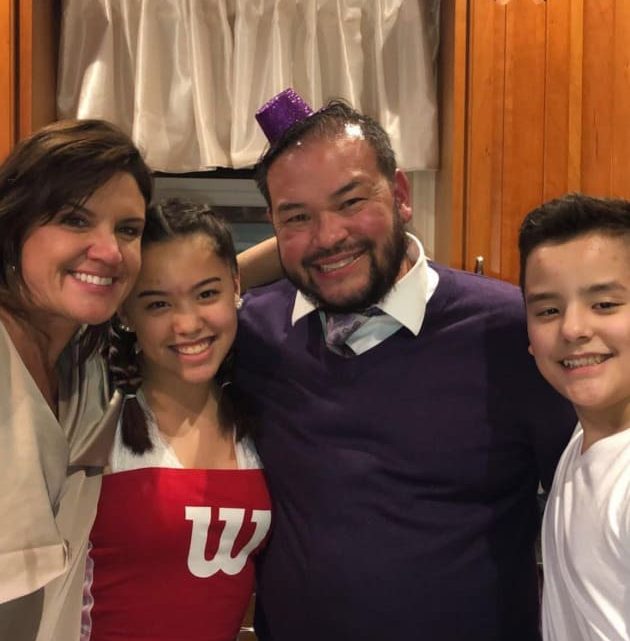 Jon Gosselin to Kate: I’ve Got Our Kids! Sucks for You!

Jon Gosselin rang in the new year with a couple old and very special acquaintances.

We’re talking about daughter Hannah and son Collin, both of whom joined their once-distant father on the night of December 31, as documented by Jon himself via Instagram.

“HAPPY NEW YEAR!!! 2019 Here we come!!!” penned the former TLC star as a caption to the photo above and also the one below.

The second is an extreme close-up of just Jon, Colleen and Collin.

Why are these snapshots and these words notable? Well…

For the longest period of time, Jon was considered an estranged dad. He was a basic non-factor in the life of his eight children for as long as we can recall… prior to several months ago.

At that time, he started to pose frequently with 14-year old Hannah on social media, with insiders confirming she was actually living with her father.

Fast forward a couple months and Jon truly shocked the celebrity gossip universe by asking for custody of Collin, who had been far away from the spotlight at a facility for kids with special needs.

He was then granted this request after ex-wife Kate Gosselin failed to show up at court for a hearing in early December.

Jon has since wasted no time in making it clear to his former spouse that he and these two children are as happy as can be together.

Just consider the Christmas photo he shared a few days ago:

It’s nearly impossible not to interpret these postings as a giant EFF YOU to Kate, who has remained oddly silent in the face of Jon gaining custody (not legally, mind you, over Hannah) of these two teenagers.

Jon very much appears to be rubbing his close relationship with Hannah and Collin in Kate’s face.

In an even more pointed example of Jon shading his ex, the former reality star even rejected the notion last week that Collin even has special needs.

“I’d love to know if he actually has ‘special needs,’ or if he just didn’t deal [with] Kate’s BS like we all suspect. Either way, he’s home! And he looks happy,” wrote an Internet user to Jon, who replied as follows:

He is not on any spectrum or special needs.

This statement was a major rebuke to Kate, who has often said over the years that Collin was in need of professional assistance due to what she deemed to be his “special needs.”

The mother of eight hasn’t shared a picture of sons and daughters since August and has not commented on losing custody of Collin to Jon.

But folks around the Internet are speaking out, praising Jon all over the place.

“I love seeing Colin and Hannah so obviously happy with you! Wishing you all a very happy and prosperous new year!” one individual remarked online while another added:

“LOVE how happy you all look! I’m so happy Hannah and Colin are happy and it certainly shows in their face.”

“You guys look like a happy little family. There are so many people cheering for you all and praying for you! The kids look happier than they have ever looked and so do you.”

Happier than they have ever looked.

LaVar Ball Emerges From The Woods, Says Lonzo Needs To Be Traded To The Suns
World News