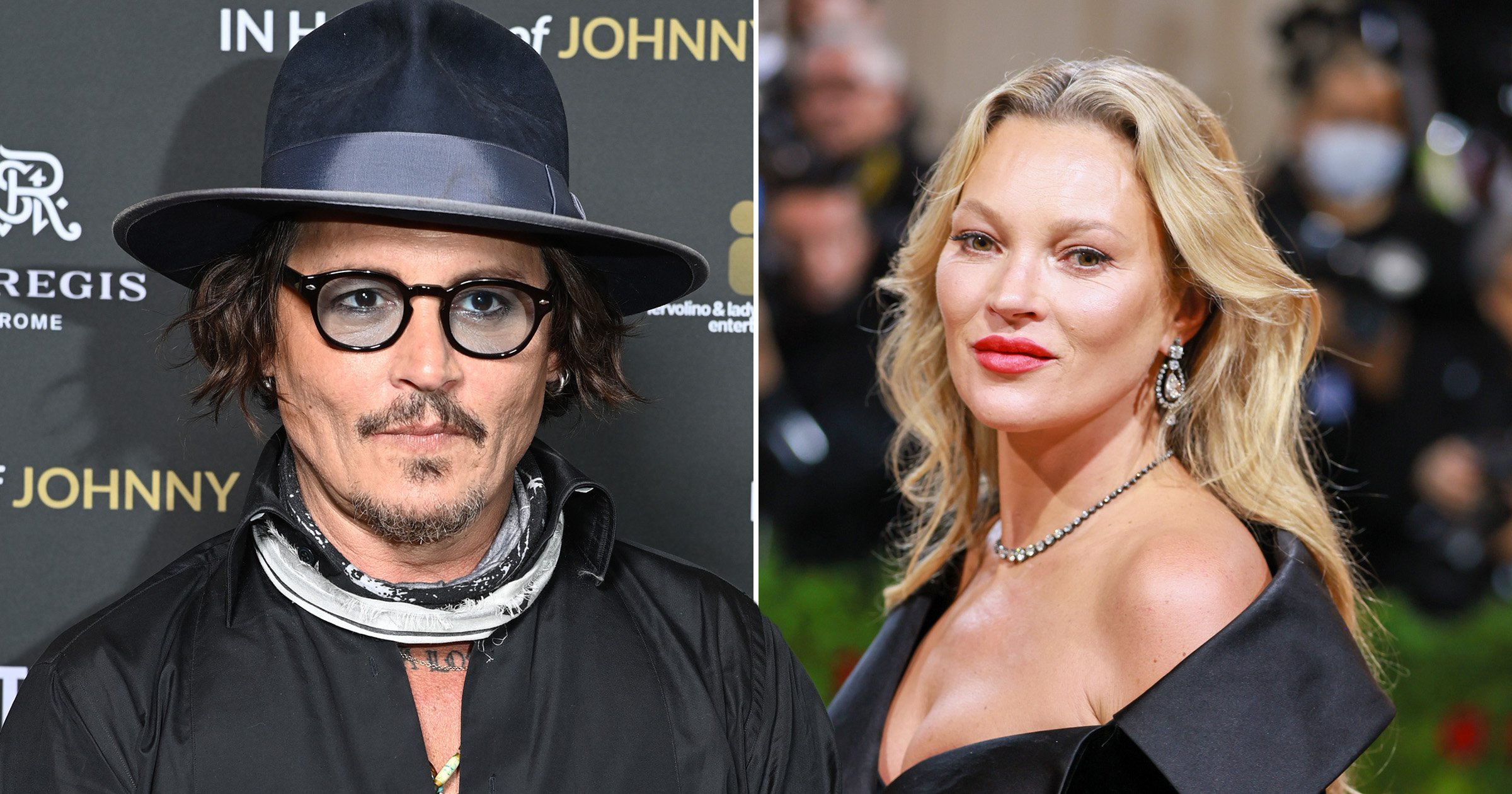 Johnny Depp is reportedly hoping he and Kate Moss can rekindle a friendship after she watched him in concert days after testifying on his behalf in court.

The supermodel, 48, dated the Pirates of the Caribbean star, 58, between 1994 and 1997, and testified in court during his defamation trial with ex-wife Amber Heard, 36, from which he emerged victorious.

Kate had been brought up by Amber on the stand, with the actress claiming she’d heard rumours about Johnny pushing her down the stairs during their relationship, which flashed through her mind as he allegedly argued with her sister Whitney near some stairs, leading Amber to lash out and hit him.

Johnny’s legal team were seen celebrating after Amber mentioned Kate during her testimony, as it meant they were able to call her as a witness, and she confirmed Johnny hadn’t pushed her down the stairs, testifying she slipped down them due to rain, after which he helped her back to their room and got her medical attention.

The actor was ultimately awarded $10million (£8million) in compensatory damages, and a further $5million (£4million) in punitive damages, while Amber won one of her three defamation countersuit claims, and was awarded $2million (£1.6million).

He had flown to the UK before the verdict came in and has been performing with friend Jeff Beck on his tour.

Kate was in attendance at one of the gigs, with the pair reportedly meeting up backstage afterwards.

A source told HollywoodLife that Johnny hopes they can stay in touch as friends going forward, after thanking her for testifying.

They claimed: ‘Johnny met up with Kate backstage at the show and he didn’t know she was coming so he was very surprised to see her there. They hugged and he thanked her for participating in the trial.’

The pair are said to have ‘instantly hit it off again’, with the insider adding: ‘It has been so long since the two of them have been able to catch up, but they spent a good hour or more aside just catching up.

‘They always make each other laugh and Kate finds Johnny’s intellect to be beyond his years.’

The source added that Johnny is ‘super glad’ the court case brought Kate back into his life and hopes to maintain a friendship as ‘she is a good person who obviously has his best interests at heart.’

'Love a player like that' – Chelsea and Liverpool would be desperate for Pogba to sign after his Man Utd exit, says Bent