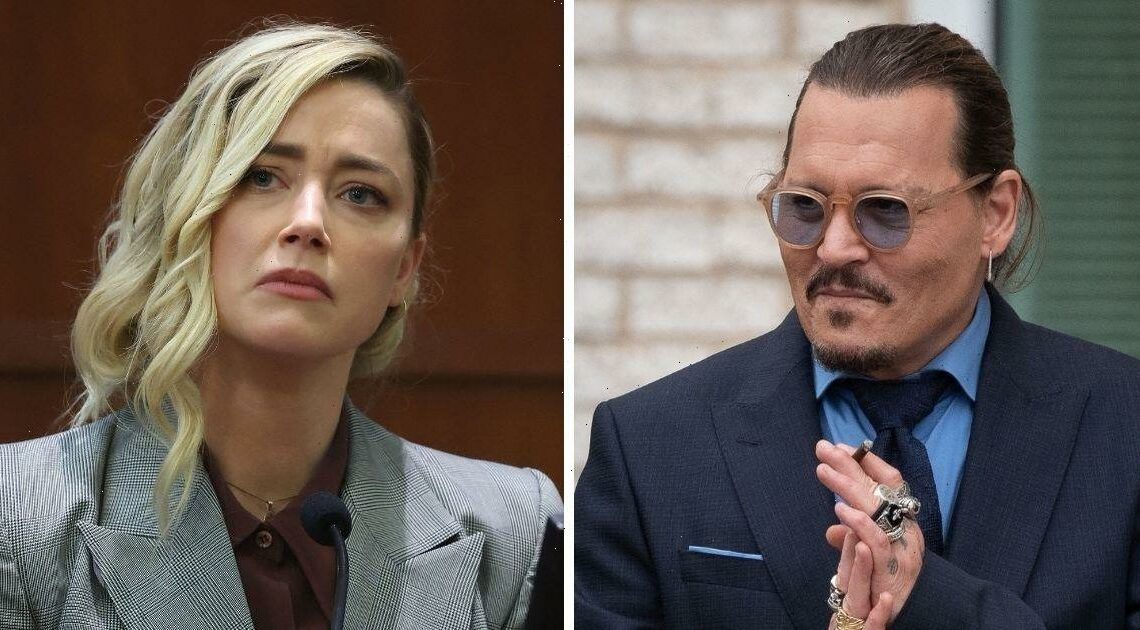 Jurors in the Johnny Depp vs Amber Heard libel trial have shared a verdict after just 13 hours of deliberation.

The jury announced they had ruled in favour of Johnny Depp as they read out the verdict in the courthouse in Fairfax County, Virginia on Wednesday 1 June.

The multimillion-dollar lawsuit saw 58 year old Johnny suing his ex-wife for defamation over a newspaper article in The Washington Post called: "I spoke up against sexual violence – and faced our culture's wrath. That has to change."

The article, which was published in 2018, didn't reference the Pirates of the Caribbean actor by name, but his lawyers claimed it falsely implied he had sexually and physically abused Amber, 36, during their relationship and subsequent marriage.

The former couple, who finalised their divorce in 2017 just 16 months after legally getting married, have been embroiled in a bitter trial over the last six weeks.

Johnny sued Amber for $50million, while his ex wife countersued for $100million.

As the result was read out in court, Hollywood actor Johnny has been unable to attend court in person due to prior work commitments in the UK.

However, Amber was in court to hear the verdict from the jury in person. She wore a black dress and gold necklace and styled her blonde locks in a curly do.

A spokesperson for Amber hit out at the musician for not facing the jury, regardless of the verdict, as the star has continued to perform as a special guest alongside Jeff Beck in various venues around the UK.

"Your presence shows where your priorities are," Amber's spokesperson said. "Johnny Depp plays guitar in the UK while Amber Heard waits for a verdict in Virginia."

However, a source close to Johnny told Law & Crime: “Due to previously scheduled work commitments made before the trial, Mr Depp will not be physically present for today’s 3pm verdict and will be watching from the United Kingdom.”

The trial wrapped up with closing arguments from both sides' lawyers on Friday 27 May, and the jury went straight into deliberation.

There was then a long weekend due to the American bank holiday, so Judge Penny Azcarate ordered the jury to take an extra day off and be back in court on Tuesday morning.

The group of seven jurors then deliberated for a full day, with one question to the Judge about the op-ed's headline.

Judge Penny told the court: "I think the confusion came in this particular one because the statement in question is the title of the op-ed, so I think they are confused as to whether it is the whole op-ed or the title is the statement.

“It is clear that the title is the statement," the Judge added.

On Wednesday, the jury had no questions during their deliberations, and reached a verdict with just a further five hours – meaning the jury had deliberated for a total of 13 hours.

It was previously announced that Johnny and Amber would be given an hour to arrive in court for the Judge to read the verdict.

For all the latest TV and Showbiz news, sign up to our daily newsletter here.