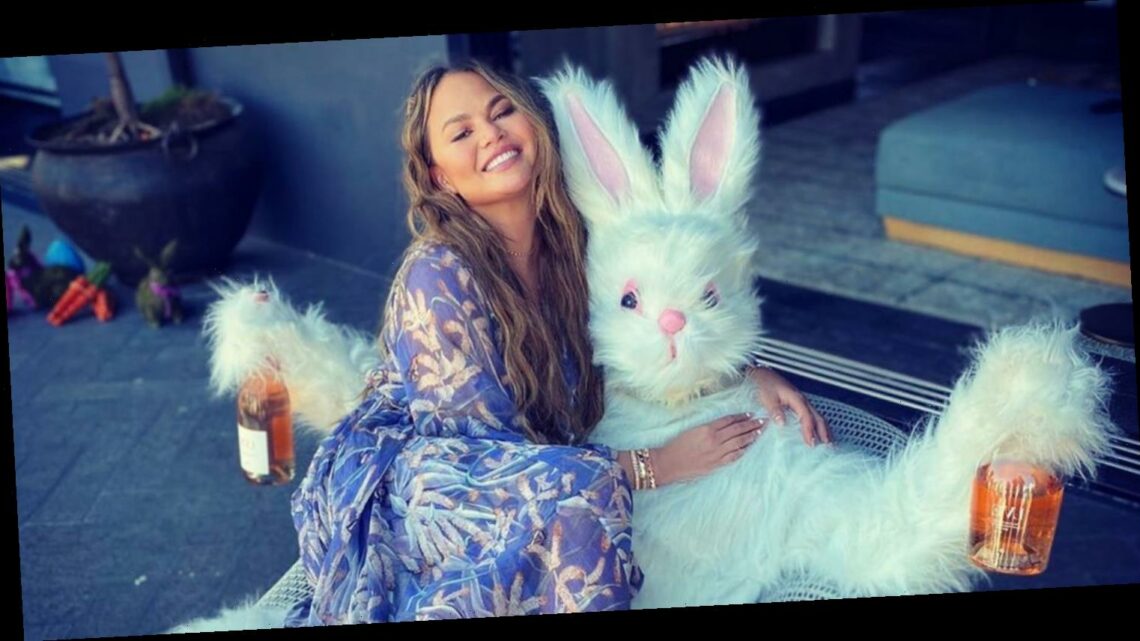 The 42-year-old entertainer took to his Instagram on Saturday (March 27) to share a bunch of posts from the little Easter party he and Chrissy Teigen threw for their kids Luna, 4, and Miles, 2.

For the party, the Legends had their backyard decorated with a giant carrot balloon display while they had big pink and blue eggs scattered around their pool. John also dressed up in a bunny costume!

“She knew it was me,” John wrote along with a video of him in the costume while dancing around with Luna.

He then shared another photo, still dressed up as the bunny, while holding up two bottles of his LVE with Chrissy, 35, sitting on his lap.

“She suspected it was me as well. Perhaps it was the @lve_wines,” John captioned the post with Chrissy.

Chrissy also shared a bunch of photos with John, along with the caption, “my bunny.”

If you missed it, Chrissy recently teamed up with this famous friend for a new business venture.

Woody Allen Has Something To Say About Dylan Farrow’s Allegations

‘Pretty dreadful’: Where to now for Carlton?
World News