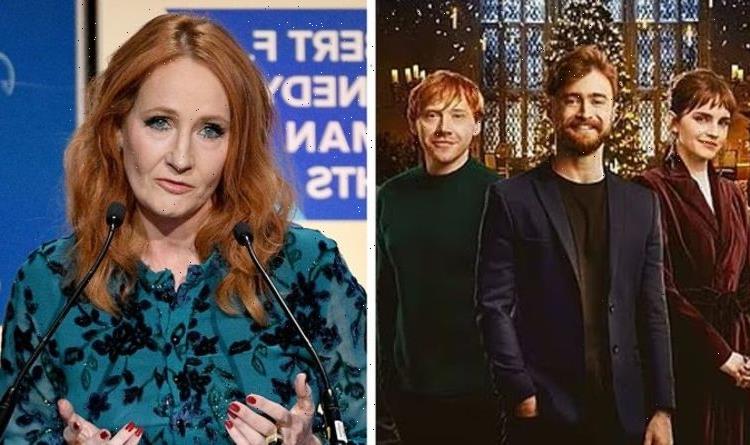 Earlier this week, it was suggested that JK Rowling’s past comments on transgender issues may have been the reason behind her absence from HBO’s Harry Potter Return To Hogwarts special. But sources close to the situation deny those claims, stressing that the author preferred to only appear in archival footage.

Producers were said to have approached JK for an interview with the likes of Rupert Grint, Emma Watson and Daniel Radcliffe, but the 56-year-old felt that an interview she had filmed back in 2019 would be enough.

It was mentioned that JK’s remarks concerning gender and transgender individuals had nothing to do with her choice not to be part of the reunion.

And even though archival clips of the Fantastic Beasts creator are said to be featured in Return To Hogwarts, she’s only included “sparingly”, an insider revealed.

While viewers shouldn’t expect to see a significant portion of the special dedicated to JK, cast members such as Daniel, Bonnie Wright, and Robbie Coltrane spoke highly of the mother-of-three in one of their segments together.

“So many people were falling in love with JK Rowling’s writing,” Bonnie gushed.

Daniel interjected: “I think it’s very easy to forget that at the time, people were talking about ‘the death of reading.'”

There are also clips of her talking about the struggle she faced trying to find the perfect actor to take on the role of Harry Potter during the audition process for 2001’s Harry Potter And The Sorcerer’s Stone.

“We couldn’t find Harry!” she said in one of the throwback clips featured in the special.

“We just couldn’t find Harry, and it was getting kind of weird, and panicky.”

JK went on to share her delight upon meeting Daniel, who she knew from the beginning he’d make the perfect lead star.

She added: “It was very emotional seeing this kid sitting there and talking and I just thought, ‘Yep, that’s him, thank God, we found him’.”

The movie, which invited fans into the wizarding world of Hogwarts, grossed a whopping £740 million at the box office, followed by seven other instalments.

Altogether, the Harry Potter series has made well over £5.7 billion.

Robbie – who played Rubeus Hagrid in the franchise – continued to praise JK, adding: “One of the many reasons I admire JK so much is that millions now read books who would never have lifted a book up in their lives, and you suddenly realise the power of writing.”

The Ickabog author, who has a reported £820 million net worth, caused controversy in the summer of 2020 when she criticised an opinionated essay that used the term “people who menstruate” as opposed to women to include transgender men in the conversation.

She later clarified her views by saying that she respects “every trans person’s rights to live any way that feels authentic and comfortable to them”.

JK added that she would march “if you were discriminated against on the basis of being trans”.

“At the same time, my life has been shaped by being female,” The Associated Press quoted her saying at the time. “I do not believe it’s hateful to say so.”

The Ultimate Old Navy Denim Guide Is Right Here, and Our Picks Start at $14