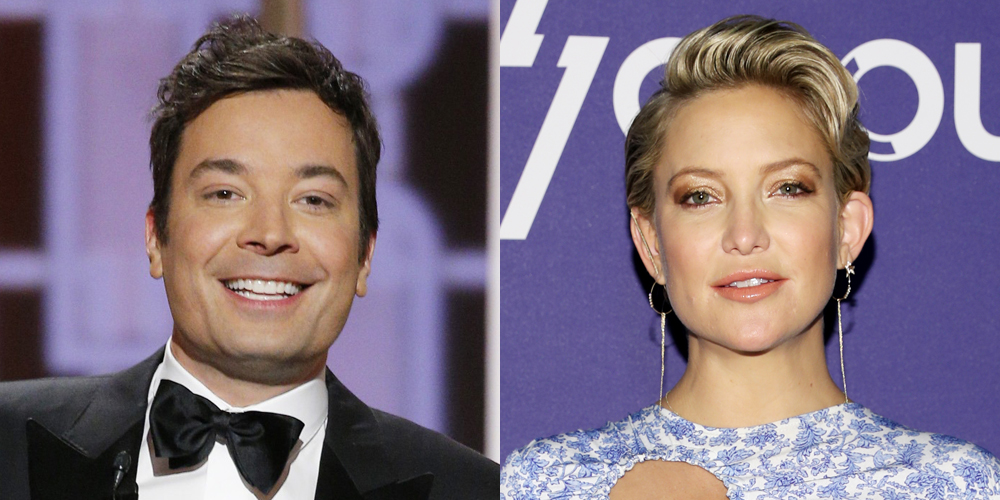 Jimmy Fallon Reveals He Got Friend-Zoned By Kate Hudson

Jimmy Fallon revealed on his late night talk show that he once got friend-zoned by Kate Hudson!

While playing a game of “Loaded Questions” with his guest, Margot Robbie, they both had to answer the question, “Do you have a co-star you thought you could have dated but didn’t?”

Margot didn’t want to answer, but Jimmy told a story about him and Kate. They were co-stars in Almost Famous.

“I thought for a second, we hung out, we were friends … and you know, I thought, ‘I don’t know, maybe there could be something,’” he said. “She’s cool, we get along, we’re super good friends.”

He revealed they went to a comedy show together and at the event, they met the members of the Black Crowes.

Jimmy continued, “We ice skated maybe three or four times around the rink,” he remembered. “And then I go, ‘So, what are you doing now?’ She goes, ‘I’ve got to go because I have a date with Chris Robinson of the Black Crowes.’”

“She ended up marrying Chris Robinson and having a baby. They had a baby and everything,” he added.

Head to the seven minute mark to watch…