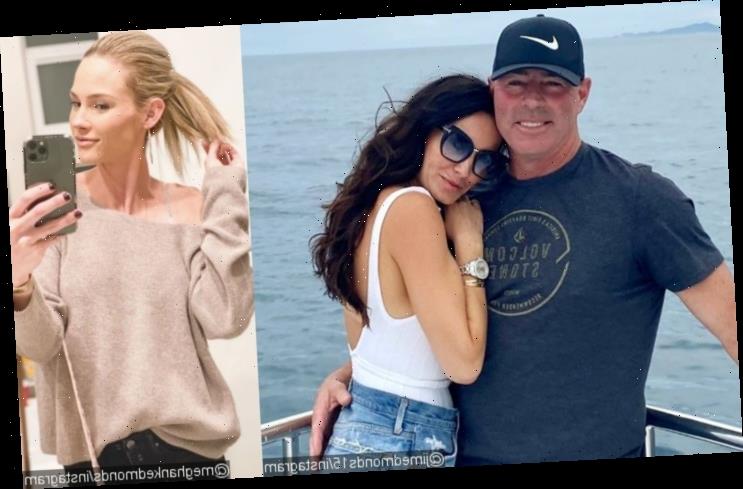 In an Instagram post, the former baseball player refers to his past marriage to the ‘RHOC’ alum, from whom he split in October 2019, calling it a ‘loveless and abusive relationship.’

AceShowbiz –Jim Edmonds is sending love to his current girlfriend Kortnie O’Connor in a gushing Instagram post. While he could just make it about him and his lady only, the 49-year-old former baseball player opted to throw a subtle diss at estranged wife Meghan King Edmonds in the process.

“If it wasn’t for this girl, I don’t think I would be here right now,” Jim wrote alongside a picture of Kortnie. “She showed up in my life just at the right time. Amazing that her taking a chance on a plus one weekend to Mexico pulled me out of my hole and changed my life forever. I was in such a dark place; one that I didn’t think could happen to me.”

Later, Jim referred to his past marriage to Meghan, from whom he split in October 2019. “I was going through hell ending a loveless and abusive relationship. The lies and accusations that followed the breakup only put me deeper into a funk,” he explained. “Along came this beautiful woman by chance, who lit up my world and brought me back to life. I’m very grateful for my amazing friends, children and this amazing woman for making me a better person and father. #reallife.”

Fans quickly responded to the post with most of them criticizing Jim for the petty post. “Jim I only followed you because of your children now that you’re posting this crap and being disrespectful I’m unfollowing bye,” a fan wrote in the comment section. “So if it was a loveless relationship why didn’t you ended up sooner?” one other user questioned.

“I think it’s disrespectful that you could have made a loving post about this woman but instead you made it about yourself and your past relationship. Not very tasteful,” someone echoed the sentiment.

Meghan herself has reacted to the diss. Instead of clapping back fiercely, “The Real Housewives of Orange County” alum told Us Weekly, “I wish him well.”