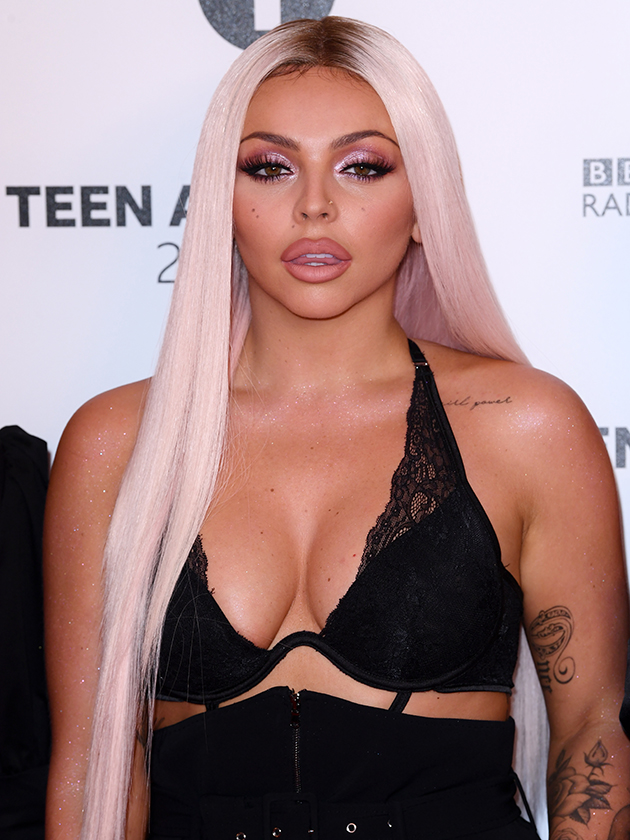 Jesy Nelson faced fierce backlash from Piers Morgan earlier this week after she debuted photos of her controversial new tattoos on Instagram.

But the Little Mix lady has responded to the haters in the best way possible – by sharing a super sexy new snap, obviously…

Taking to Instagram, Jesy posed up a storm in her bathroom wearing just a crop top and a pair of Calvin Klein knickers.

Looking as incredible as ever, the 27-year-old can be seen perching on the edge of her tub, with her brunette locks tumbling over her shoulders.

Hot water run out couldn’t even have a scrub in the tub ??

Complete with a smouldering pout and a killer smoky eye make-up look, Jesy captioned the amazing snap: ‘Hot water run out couldn’t even have a scrub in the tub.’

And while we reckon one quarter of the world’s most famous girlband probably didn’t run out of hot water, we’re too busy admiring Jesy’s incredible bod to care.

Of course those loyal Little Mix fans couldn’t wait to comment on the photo, as one wrote: ‘Make way for a goddess!’

‘I’d be dead if looks could kill,’ wrote another, while a third added: ‘Girl you’re hot enough as it is!’

This comes after GMB’s Piers decided to hit out at Jesy on Wednesday, labelling one of her new tattoos ‘irresponsible and stupid’.

After previously launching a tirade on the popstar and her bandmates Perrie Edwards, Leigh-Anne Pinnock and Jade Thirlwall for ‘using sex to sell’, this time the 53-year-old hit out at Jesy’s small pistol inking on her ribcage.

‘Anyway Jesy is this great role model to millions of influential young women, who wants to empower them… she’s had a new tattoo put on herself and she posted it last night. It’s a gun,’ Piers said on GMB.

Explaining the issue he has with the artwork, Piers then added: ‘Isn’t that great? As gun crime in other countries like America rages.

‘So many people are getting shot to pieces and of course, the best thing for a young woman to do as a role model to millions of impressionable young girls is to tattoo a gun.’

Will Little Mix’s row with Piers ever end? Probably not…

Forget chlamydia and gonorrhoea… there are 4 new STIs you need to worry about, experts warn