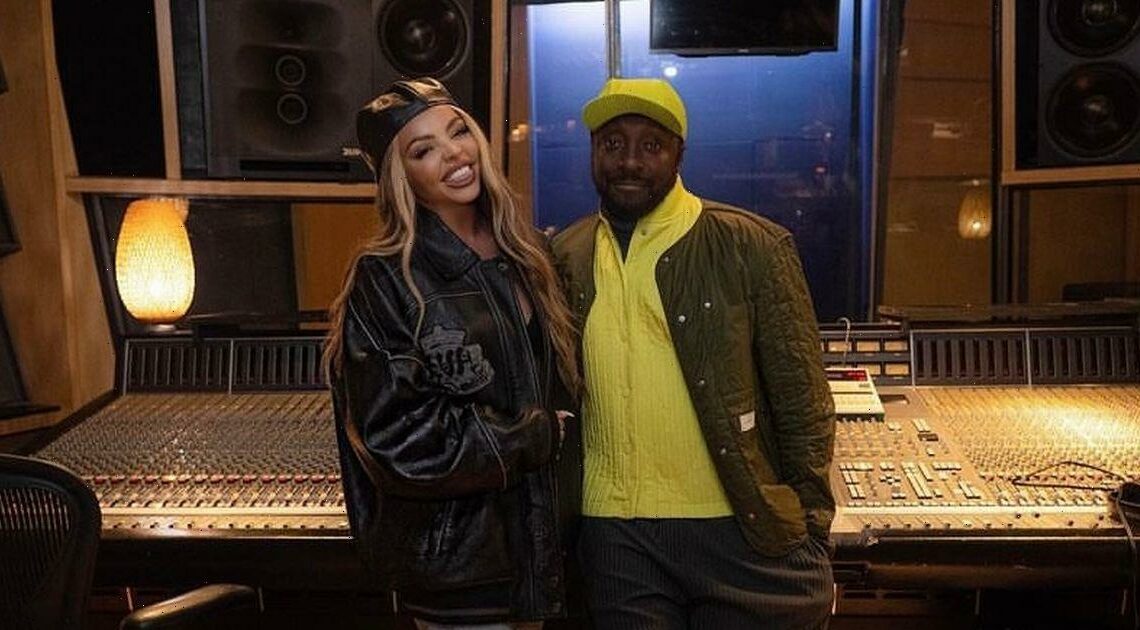 Little Mix recently bid a tearful farewell to their fans as they performed their final show in London before going on a hiatus.

But it seems former member Jesy Nelson isn't letting the grass grow under her feet as she works on her musical comeback.

She sent tongues wagging when she shared snaps of herself in the studio back in February with none other that Black Eyes Peas member and judge of The Voice Will.i.Am.

But now a music industry insider has hinted that, in fact, it's Will's band The Black Eyed Peas themselves that Jesy is teaming up with!

The Twitter account @Leaks shared "Jesy Nelson X Black Eyed Peas" which got lots of users hot under the collar.

Back in February Jesy, 30, first hinted at the collaboration when she shared snaps of herself in the studio alongside Will. The Voice mentor and the former Little Mix star were working on a collaboration in Los Angeles. In the snaps, Jesy looked on admiringly as Will mixed a tune on the decks. She captioned the post "Studio with one of my fave humans @iamwill".

Jesy has been teasing fans with her forthcoming solo album a lot recently. Earlier this month she revealed she had been left sobbing by an emotional track she was working on. She told her Instagram followers: "You know it's a powerful song when it makes you like this. Got me in the feels".

Jesy's solo efforts come as she shared a series of racy snaps with her 8.7m Instagram followers. In them she is wearing baby pink lingerie with a matching furry gown and heels.

The sizzling images appear to have been taken during the star's time in LA as palm trees can be seen in the backdrop. Although she has previously shared her weight worries, it now appears that Jesy is more at ease with her gorgeous figure.

While she was in Little Mix, Jesy shared: "I felt very miserable and trapped and I knew that, that wasn't right."

She has also revealed that though she still has insecurities, she does not let them ruin her life.

"I guess the thing that I'm better with now is that I see little things now when I do a music video, I'm not looking on the camera and thinking, 'Oh my God, I don't look as skinny as Jade, Leigh-Anne and Perrie…'."