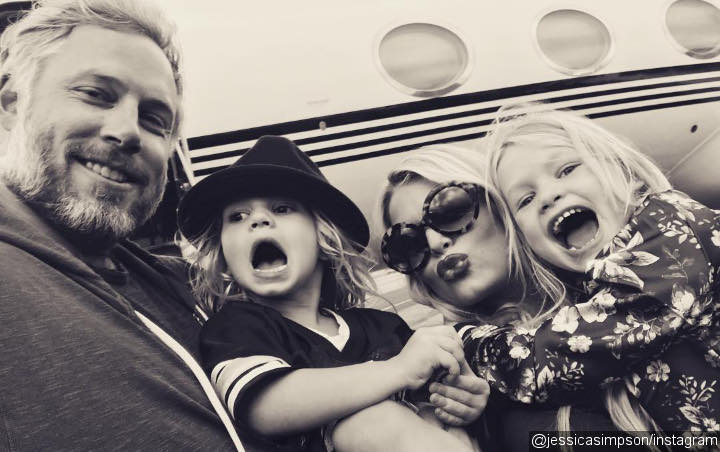 AceShowbiz –Jessica Simpson has gotten sentimental over her son’s shorter do. On Wednesday, December 26, the “Blonde Ambition” star expressed via her Instagram account how heartbroken but proud she was that five-year-old Ace got his wish for a new haircut.

“He really wanted short hair,” the singer wife of Eric Johnson opened up about Ace’s new look. “It broke my heart a little, but we did it!! My little man.” Along with the explanation, she posted a black-and-white image of the boy smiling at the camera after getting the haircut.

Simpson’s post was quick to gather support from her followers. One fan wrote in the comment section, “I praised her for loving him with his long hair and for allowing him to make the choice to cut his hair short.” Another one stated, “Good for you for letting your little guy choosing who he wants to be instead of keeping his hair long because you like it.”

While Simpson dished on Ace’s new do a day after Christmas, she has uploaded a couple of other photos of her boy sporting shorter hair as early as December 24. Her little man was last pictured with longer locks in mid-December when the family celebrated Snow Day.

It was not the first time Simpson got emotional over her son’s haircut. Back in 2017, she also posted a photo of her son after getting his first-ever haircut at the age of 4. “First haircut,” she simply wrote in the caption along with an appreciation message to the hairdresser in charge of making her son look “all grown up.”

The shorter do was also not the only present Simpson gave Ace this holiday season. On Christmas Day, the 38-year-old revealed that she got her boy and his older sister, Maxwell, a matching pair of Shih Tzu puppies. Putting up the photo of the two children holding onto the puppies on Instagram, she gushed, “Santa’s Nice List! Merry Christmas.”

When traveling heals: A trip to Scotland helped mend wounds from divorce