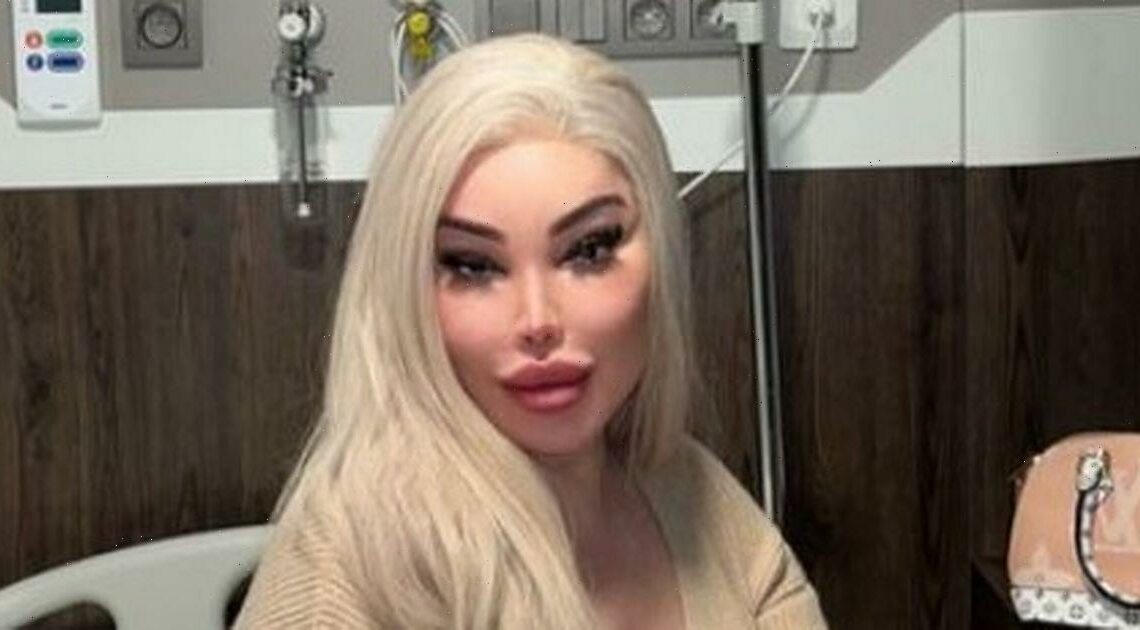 TV personality Jessica Alves, who rose to fame living as ‘the Human Ken Doll’, has revealed she's been forced to spend Christmas in the hospital after he bum implants became displaced.

Jessica, 39, underwent cosmetic surgery just five weeks ago when she had her bum implants increased from 625cc to 1050c in Istanbul, Turkey.

However, she's since had to go under the knife again after the implants became displaced after going out dancing to celebrate Christmas.

Speaking to the MailOnline, Jessica said: "The guidelines from the doctor were not to sit down for too long in the next 3 weeks, no sex for 4 weeks, no gym for 3 month and no dancing for 8 weeks.

"Due to going to a Xmas Party and dancing too much it [implants] moved out of place. Now my New Year’s Eve is also ruined as I will spend it in bed at a hotel in Istanbul."

She revealed the the displacement left her in massive amounts of plain but her surgeon booked her in to get the implants fixed as soon as possible.

Jessica added that she was left feeling down after she was left unable to fly home to Brazil to spent Christmas with her family due to the surgery.

"I am at my home in London feeling very low and upset also terribly lonely," she told the outlet: "I'm so lonely, I just can't take it anymore."

It comes after Jessica claimed she was "ghosted by a TOWIE star" after they found out she is transgender.

She revealed that the TOWIE star, who she hasn't named, called her “beautiful” and told her he was “excited to meet” her after seeing her sexy photos online.

The pair exchanged messages and were planning to meet up in London for a first date and Jessica revealed she was transgender ahead of the meeting.

In the exchange of messages seen by The Sun, the TOWIE star is said to have responded with: “What?” and then: “What do you mean?”

Jessica revealed to the publication that the unnamed reality star then “ghosted” her and she admitted to being "devastated".

She said: "I was really upset and really wanted to cry, he was speaking to me for two weeks but now I have no interest in meeting him.

"He was very excited to meet me and sent me messages calling me beautiful and stunning and we even had a video call. When I told him, you actually know I’m transgender right? He was like what’s that and what do you mean?

"I explained that it meant I could not give him children but reassured him that I am 100 per cent woman but after that he lost interest and ghosted me."