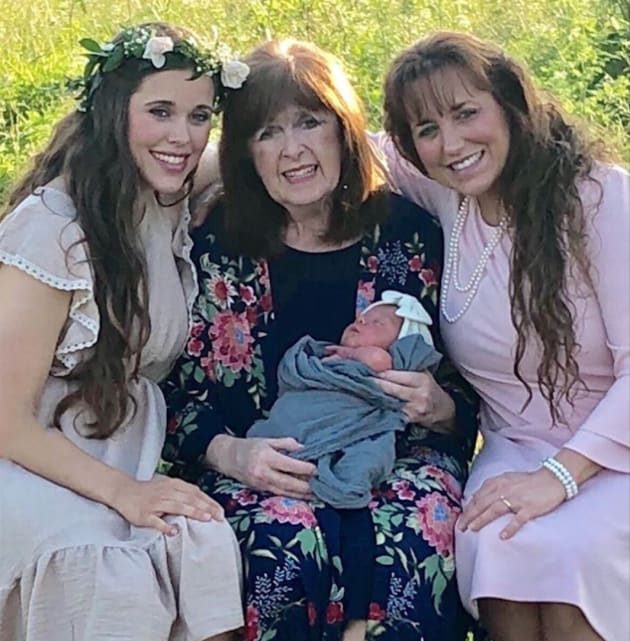 Earlier this week, we reported on the sad news that Mary Duggar has passed away.

The mother of Jim Bob Duggar was beloved by family and fans alike, and her death has been a devastating blow to the entirety of Duggar nation.

All week, Mary’s descendants have been taking to social media to eulogize the late 78-year-old for their millions of followers.

On Tuesday, Jill Duggar paid tribute to Mary in a moving blog post.

Her words were mostly met with praise and sympathy, but some fans criticized her for monetizing the death by forcing fans to follow a link from her social media pages to her personal website in order to read the piece.

It was the latest in a series of bizarre controversies for the Duggars — but it seems Jessa Duggar was undeterred by the controversy.

Jessa followed suit today and posted a tribute to Mary on the website she runs with her husband, Ben Seewald.

“It didn’t matter who you were, she was ‘Grandma’ to you,” she wrote.

“That’s most often how she would introduce herself. ‘Hi, I’m Grandma!’ Everybody called her Grandma.

“She took a genuine interest in people. She would converse with you in a way that made you feel special and loved and cared about,” she continued.

“She had a knack for remembering details, and the next time she saw you, she would inquire about things told to her in past conversations.”

Jessa went on to reiterate an observation shared by so many others — Mary’s greatest joy in life was her ever-expanding family:

“She welcomed each new baby with joy and would hold them with such tenderness and delight,” the 26-year-old wrote.

“We will keep her stories and memories alive for these little ones, but we’re sad that they will not have the blessing of knowing her in person as we have.”

Jessa stressed that her grandmother was neither a shrinking violet nor a stay-at-home mom, but an “exhorter” and “successful businesswoman,” who remained active until her final days.

“As we look back and reflect on the gift God gave us in Grandma Duggar, we are so grateful. How we wish we would’ve hugged her more, said ‘I love you’ more, and spoken more of these sentiments to her while she was here with us,” she wrote.

“She was deeply loved, and she impacted the lives of so many people.”

Jessa concluded with a poignant statement of grief and undying affection:

“While we weep over our loss, we realize that she has been united with the person she loved more than anyone here on this earth. To be absent from the body is to be present with the Lord,” she concluded.

Fans may take issue with Jessa making money from her eulogy — but there’s no doubting the sincerity of her words.

The Duggars: Who’s Courting? Pregnant? Next In Line? [UPDATED]Start Gallery