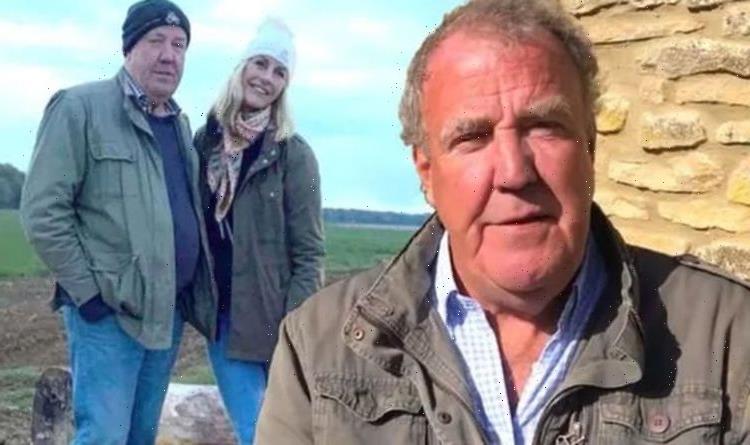 Former Top Gear star Jeremy Clarkson, 61, has sparked anger amid the success of his hit show Clarkson’s Farm which resulted in hundreds of fans queuing at his shop at the weekend. The Cotswold council have reportedly expressed their concern as they warned further expansion could cause a “significant risk of accidents”.

The Diddly Squat Farm Shop has been hugely popular with fans of Amazon hit Clarkson’s Farm as viewers rush to visit.

The Grand Tour presenter previously apologised to locals in Chadlington, Oxon, about queues of traffic that had lined up to visit, causing congestion.

Previous issues had seen locals contact the police to complain about the large numbers of visitors.

In pictures obtained by Mail Online, an aerial view of the business showed in full how many supporters recently turned up to buy Jeremy and his partner Lisa Hogan’s homegrown wares.

Jeremy’s efforts to build and improve the shop became a long-running strand to the television show.

On Clarkson’s Farm viewers witnessed the problems which plagued the shop throughout the series.

In one episode, a torrent of rain turned the car park into mud meaning shoppers had to be towed off the land.

However, the success of the show has seen hundreds of visitors flock to his shop.

According to reports, the Parish Council are said to be worried about any continued development of the Diddly Squat Farm Shop.

In minutes seen by Mail Online, it was stated that there is a “substantial” concern over the potential “risks of accidents”.

It read: “The Parish Council remains concerned regarding the effect of the incremental development at this location, both upon the local community, its existing shops and an Area of Outstanding Natural Beauty (AONB).

“The number of cars currently visiting this site is already substantial, often filling the existing available parking space and overflowing onto the Chipping Norton Road.

“It is hardly desirable in an AONB and creates a significant risk that accidents will occur.”

Back in June, a spokesperson for Thames Valley Police confirmed that they were called about the congestion on the roads at the time.

Locals also shared their frustrations over the situation on the Chadlington Community Notice Board on Facebook.

One resident warned other locals to “avoid” the area due to the “utterly ridiculous” level of traffic “blocking” the road.

“People stopping on the 60mph bend with nowhere to go.”

Another wrote on the post: “Accident waiting to happen, total idiots.”

Jeremy bought his farm in 2008, before getting to work on it in 2020 during the coronavirus lockdown.

He then opened the Diddly Squat Farm Shop in 2020, which sells local produce, and a small cafe and bar.