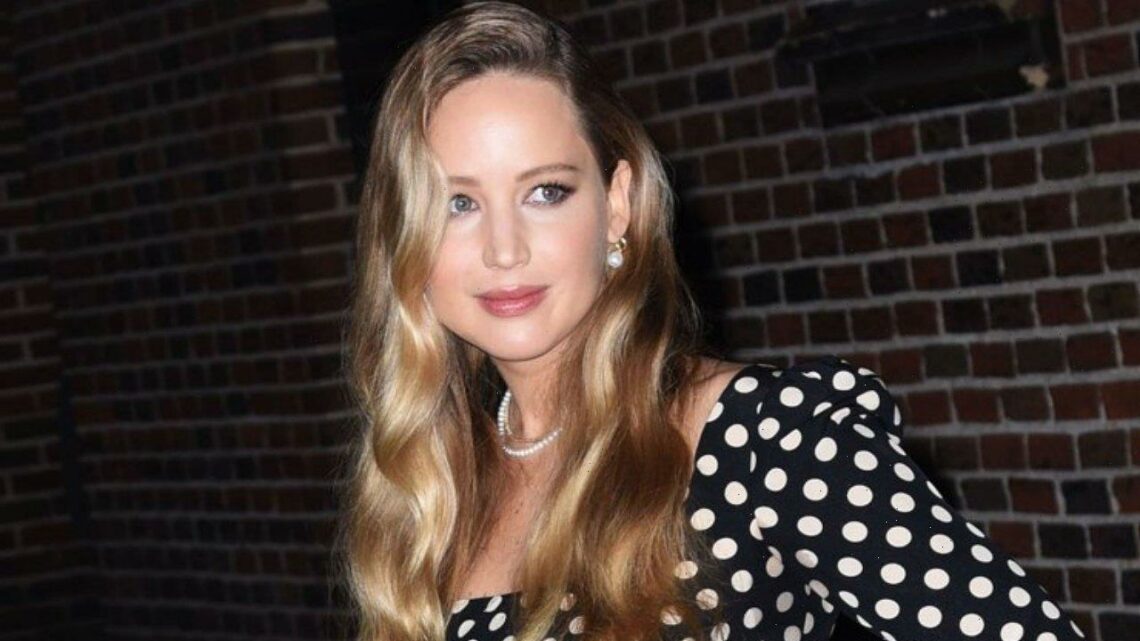 During the family outing, the ‘Don’t Look Up’ star is pictured doting on her newborn child while enjoying a hike with her art gallery director husband and his parents.

AceShowbiz – Jennifer Lawrence and Cooke Maroney appear to be embracing their new role as first-time parents. The pair paid extra attention to their newborn child during a family outing in Los Angeles, California.

The actress and her husband were spotted out with their baby for the first time on Tuesday, April 12. In pictures obtained by Daily Mail, the Katniss Everdeen in “The Hunger Games” film series could be seen fawning over her bundle of joy, who was put in a black stroller.

At one point, Cooke seemed to be adjusting the stroller for the little one’s comfort. He and Jennifer were joined by his parents Suki Fredericks and James Maroney as they took turns pushing the stroller during the family outing.

For the hike, Jennifer kept it casual but stylish in a cropped sherpa hoodie, over a white T-shirt and matching trousers. Her long blonde hair was pulled into a high ponytail while she shielded her eyes from the sunlight with chic sunglasses.

Cooke, meanwhile, opted for comfort in a blue sweatshirt white baseball cap, grey joggers and matching sneakers. The couple was seen having a hearty conversation while enjoying the relaxing stroll.

Jennifer and Cooke have been notoriously private about their personal life. The pair, who got engaged in September 2019, tied the knot in a private ceremony that October in Rhode Island. In September 2021, her rep confirmed that she was expecting her first child with her husband.

They never announced their baby’s arrival, but in February of this year it was reported that she had given birth to their child. The exact date of birth and the gender of the baby are still kept under wraps.

In an interview with Vanity Fair magazine in November of last year, the Mystique of the “X-Men” film series vowed to protect her child’s privacy and not to let her public life affect her growing family. “If I was at a dinner party, and somebody was like, ‘Oh, my God, you’re expecting a baby,’ I would be like, ‘God, I can’t talk about that. Get away from me, you psycho!’ ” she said at the time.

The “Don’t Look Up” star added, “But every instinct in my body wants to protect their privacy for the rest of their lives, as much as I can. I don’t want anyone to feel welcome into their existence. And I feel like that just starts with not including them in this part of my work.”