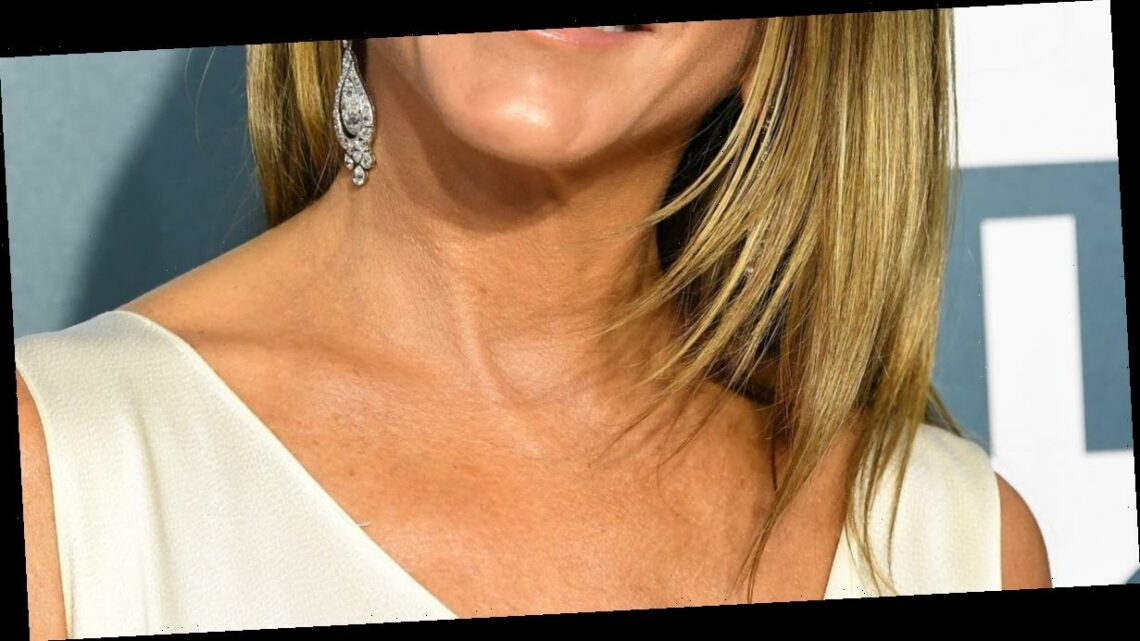 Jennifer Aniston has been branded a "fool" for posting about a Covid-19 themed Christmas decoration.

The 51 year old, who burns 600 calories using an at-home method, took to her Instagram stories to post a photo of the wooden ornament for her 36million followers.

The Friends star can be seen holding the circular piece up, which has the words "our first pandemic 2020" written on it.

But fans were less than impressed by the decoration and couldn't help but express their disdain over it on Twitter as one person wrote: "This is exactly why I really dgaf about celebrities or celebrity culture. Look how tone deaf and out of touch this s**t is #jenniferaniston smh." [sic] alongside a side eyes emoji.

"Jennifer Aniston is a damn fool for posting that ornament on her story… celebrities are ditzy af," [sic] another said.

A third complained: "Why do people do stupid sh*** #JenniferAniston [face with rolling eyes emoji] Seriously, never liked her, but come on- you should know better, not the place nor the time". [sic]

While a fourth added: "This a typical celebrity, completely tone deaf to the suffering of the average citizen. Like this is something I’d ever want to remember. Ugh. Not cool #JenniferAniston People are suffering in ways you can’t even imagine." followed by several folded hands emojis.

Not everyone was quick to judge the Hollywood actress though as many took to the social media platform to hit back at the "haters".

"Everyone hating on #JenniferAniston because of a damn ornament??! Maybe she's using it as a reminder of how quickly life can change. Jeez some people are so triggered!" [sic] one person clapped back.

Another thought Jennifer, who reportedly has an "unbreakable bond" with her ex husband Brad Pitt, chose a sweet decoration for her Christmas tree as they said: "I think #JenniferAniston Christmas ornament is hilariously cute!"

And a third added: "jennifer aniston being cancelledt bc of an ornament??? hahsksjsk i'm laughing so hard stay pressed people," [sic] with three rolling on the floor laughing emojis.

It comes as the star recently reunited with 57 year old ex Brad for the first time in months at a virtual table read for Fast Times at Ridgemont High.

The former flames were set to meet once again earlier this year for the charity event, but it was postponed in August due to technical difficulties.

But, a promotional snap for the event showed Brad and Jen smile as they appeared together amongst co-stars including Julia Roberts, Matthew McConaughey and Sean Penn.