Home » Celebrities » Jenn Harley: I Will Beat the SH-T Out of Jenelle Evans & Sammi Giancola! 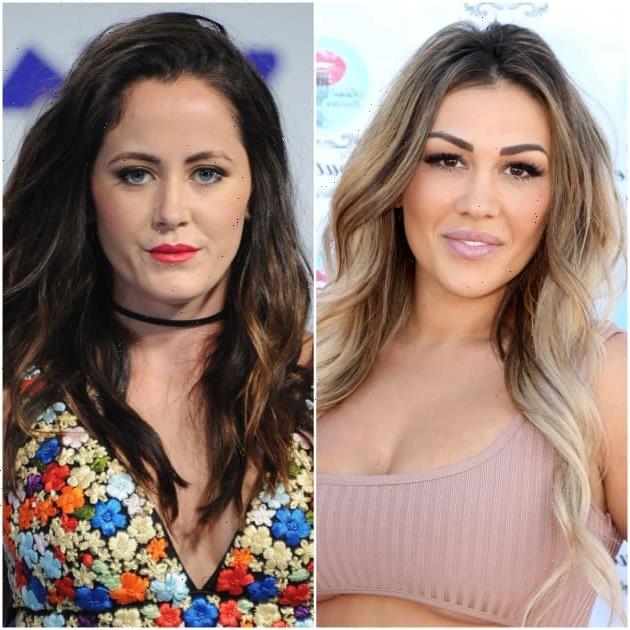 Jenn Harley: I Will Beat the SH-T Out of Jenelle Evans & Sammi Giancola!

Earlier today, we reported on the possibility of Sammi Giancola returning to Jersey Shore.

And this story serves to remind us of why that will probably never happen.

As a grown-ass woman in her thirties, Sammi is trying to minimize the drama in her life, and these days, Shore is a pretty drama-free series (much to the chagrin of bored viewers).

Unfortunately, if she were to return to the show, Sammi would probably wind up in some messiness involving Ronnie Magro, and his storylines are always a full-blown garbage island.

In fact, even though she hasn’t had anything to do with Shore in years, Sammi is still getting dragged into Ron drama.

Giancola probably didn’t expect this development, as she’s never met Jenn, and the two of them don’t appear to have any beef.

(If anything, these two should be bonding over how much BS they’ve had to deal with from Magro — although to be fair, Harley dealt out a fair share of abuse during her time with Ron.)

We guess we should note that Jenn’s threat of violence didn’t come totally out of left field.

And Sammi’s isn’t the only ass that Jenn wants to kick.

Earlier this week, Harley posted the photo below along with a provocative caption:

“Who’s stepping up???!!” Jenn asked her followers, according to The Ashley’s Reality Roundup.

“TAG who you think I should go toe to toe with in the ring! I’m down to fight anyone! LFG contact @celebrityboxing1 for more details.”

When one fan suggested (and tagged!) Sammi, Jenn promptly replied with a little too much enthusiasm:

Yikes. We’d be a little worried if we were Sam.

After all, this is the woman who dragged Ronnie with her car during an altercation in a parking lot.

When a fan suggested “[Jenelle] Evans or JWoww,” Harley wisely opted for the former option.

(Smart move, as Jenni Farley is 1. actually well-liked, and 2. an established badass with a mean right hook.)

Sadly, Ms. Evans has yet to reply.

Now, obviously Ronnie’s ex has a lot of problems, but she’s not nearly as bad as Jenelle, and she could majorly redeem herself by roughing up that racist has-been in front of a live pay per view audience.

We’d say that everyone should encourage Jenelle to take Jenn up on her offer (ya know, for charity, or whatever), but we know it’ll never happen.

Jenelle has a long history of violence and bullying, and she could certainly use some cash, so you’d think a celebrity boxing match would be right up her alley.

Alas, if you follow her on Instagram you know that Jenelle has “health problems” that prevent her from working — but never from traveling, drinking heavily, or engaging in elaborate, physically-demanding TikTok dances.

So she’s got an excuse ready to go for whenever someone like Harley gets fed up with her crap and challenges her to a fight.

Fortunately, Jen has other options if she’s really determined to step into the ring.

Farrah Abraham has a history in the world of boxing, but she backed out of her one and only fight, and Harley didn’t show much interest when her name popped up in the comments.

Sounds like Jenn might have leave MTV and venture into the world of Real Housewives if she really wants to find a worthy opponent!