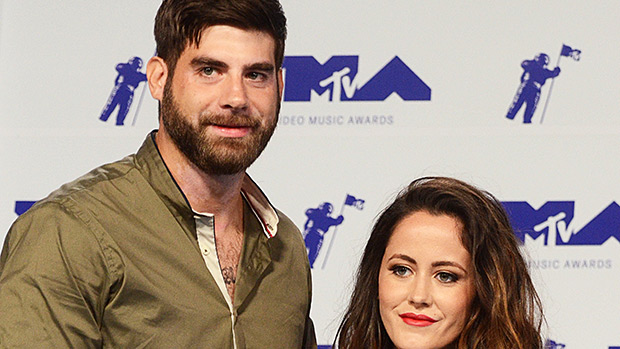 Yikes! Former ‘Teen Mom 2’ star David Eason is threatening to shoot anyone that comes onto his property. Watch the videos, here!

Jenelle Evans‘ husband David Eason claims the secret service came to his house to question him about his gun-related social media posts after at least one of them seemed to be a threat directed at President Donald Trump. According to a new video posted on Instagram on Dec. 14, David said he told the secret service that his posts were not threats — he only tagged Donald and Nancy Pelosi in them because they want to ban bump stocks, which he’s strongly against. And the post was a photo of bump stocks. The secret service thought it was a threat, according to David, but he told them it wasn’t. And if they return to his house — even with a warrant — he seemingly says he won’t be afraid to shoot the “motherf***ers.”

One of the videos David posted today seemingly shows a secret service car leaving his property. And another shows him firing off at a human-looking target with the message: “Thanks @realdonaldtrump Met your secret service friends today. Not sure what they wanted, told em to f***ing leave.” He later went into why he loves guns so much and why he won’t hesitate shooting future trespassers since he has a lot of ammunition — enough for a military base. “My house kinda lookin like a military base,” he said in words over another pic of ammunition. Then, he went to show how much ammunition he owns, via a series of videos which you can see below.

Thanks for the visit from your secret service friends today @realdonaldtrump. I told them how much I like you except the fact you want to ban bump stocks and take guns away from people just because someone "red flagged" them. Then I told them to get the fuck out of my house and dont ever come pass my trespassing signs again. Like holy shit, I thought your people were all about border security. Well there is a border around my land that is protected from intruders by lethal force also, just like your house. Dont expect my gate to ever be open again. I hope and pray that nobody ever tries to trespass on my property as they will be met with fire and fury, the likes of which they have never seen before. #stayoffmyland #notrespassing #donttreadonme #posted #privateproperty

These videos and photos come after Jenelle made a hysterical 911 call in October, when she claimed David attacked her and broke her collarbone. She later denied being in an abusive relationship and David eventually shared his own video, proving everything was fine. But is everything fine? These pics and videos are pretty wild.