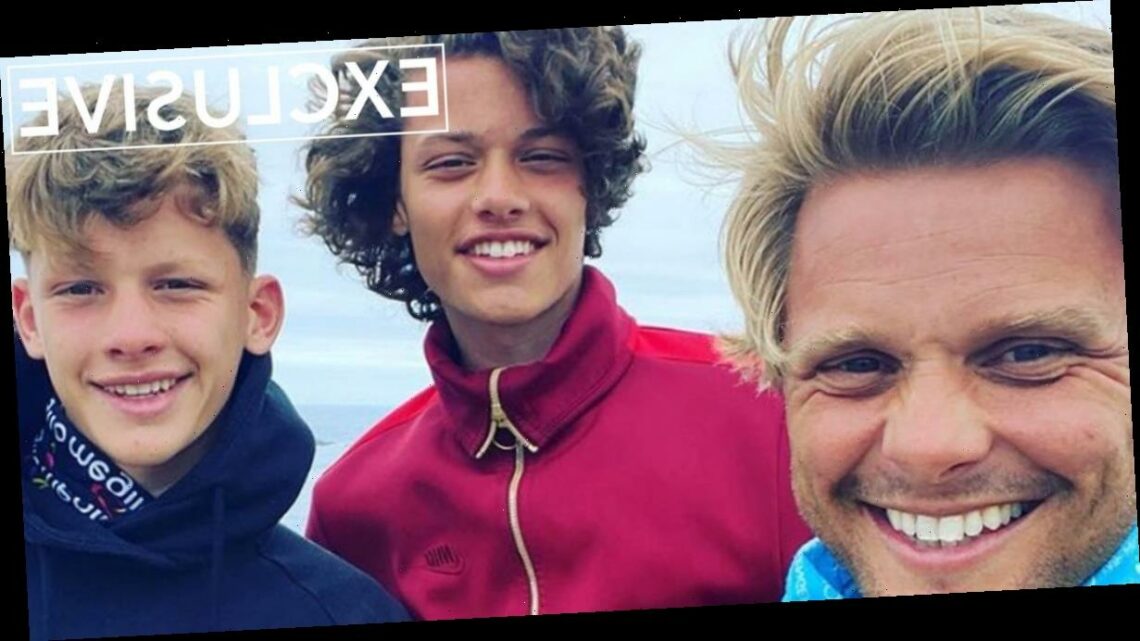 Jeff Brazier has exclusively opened up to to OK! VIP Club, revealing the advice he would give himself after his ex-girlfriend Jade Goody tragically passed away.

Jade died in 2009 at the age of 27 after a battle with cervical cancer, leaving Jeff in charge of their two young children, Bobby and Freddy. In this exclusive and emotional interview, 41 year old Jeff opens up on what he would tell himself if he could go back in time to the moment Big Brother icon Jade passed away.

Are you part of The OK! VIP Club? If not, why not? It’s free and gives you backstage access to stories like this, exclusive home tours, special discounts and so much more! All you need to do is pop your email address below! P.s. if you’re already seeing this article in full, congrats – you’re already on our guest list! Speaking exclusively to OK! online about his mental health podcast, Only Human, Jeff reflected on the achievements and mistakes he has made since becoming a parent.

He said: "I think I just put too much pressure on myself to do a great job whereas I think the more realistic approach, if I could go back 12 years now, I would say to myself, 'When this all goes down, just be human about it, you're going to make mistakes, you're going to do things brilliantly and a load of stuff in between too. Just take each day as it comes'."

Discussing losing his own father at the age of 10, Jeff continued: "In terms of my own experience, I didn't know my biological dad so I didn't know that I had lost him until four years after his death.

"I think that my whole thing is about being grateful for life because I've seen a lot of people not have theirs or have their's taken away, so if that's not the lesson that we learn from experiences like that then I'd have to deem myself as being ignorant. "I'm here making the most of life and it's because of those experiences and that's something that I hope has transferred to my children but time will tell."

Jeff also discussed his pride in his 17 year old son Bobby, whose self-discovery journey has earned him praise on social media.

He said: "I've learnt recently that what becomes more and more apparent the older your children get is that they've observed you without necessarily having to have listened to you.

"It really made me realise how impactful my actions have been so I guess, to any parent, just be the role model first as opposed to the person that speaks the good game but doesn’t apply it to themselves or their lives.

"That became evident when Bobby started meditating and getting up at five o’clock and reading self development books because he's probably seen me doing that for years, so it was lovely that he found worthy enough of doing that.

"That’s a big part of it, you think 'Am I worthy of putting in this time and effort and this sacrifice in order to further myself?' so to see him do that really told me a lot about where he’s at.

"He's got a really good head on his shoulders, whether he chooses to use it at times is another thing, but he's 17. It was just lovely to see that it is there and that it's an option for him at all times if he chooses to apply it."

Jeff added it was "perfect" to see Bobby "speak up about something that is slightly stigmatised amongst kids his own age."

He said: "It's not necessarily known for being cool, this isn't TikTok, this isn't dancing, but he was brave enough to do it.

"But to see how many people come back and said 'This really gave my kid something to think about that wasn't necessarily the regular stuff they would get from social media' that was amazing, and I hope that he and both of them end up doing more of that thing."

Jeff Brazier – Only Human is available to download every Tuesday from Apple Podcasts, Spotify, the Absolute Radio app, absoluteradio.co.uk, and all mainstream podcast providers.

Thank you for signing-up as an OK! VIP member!

Tories at war over Carrie Symond's power at No.10