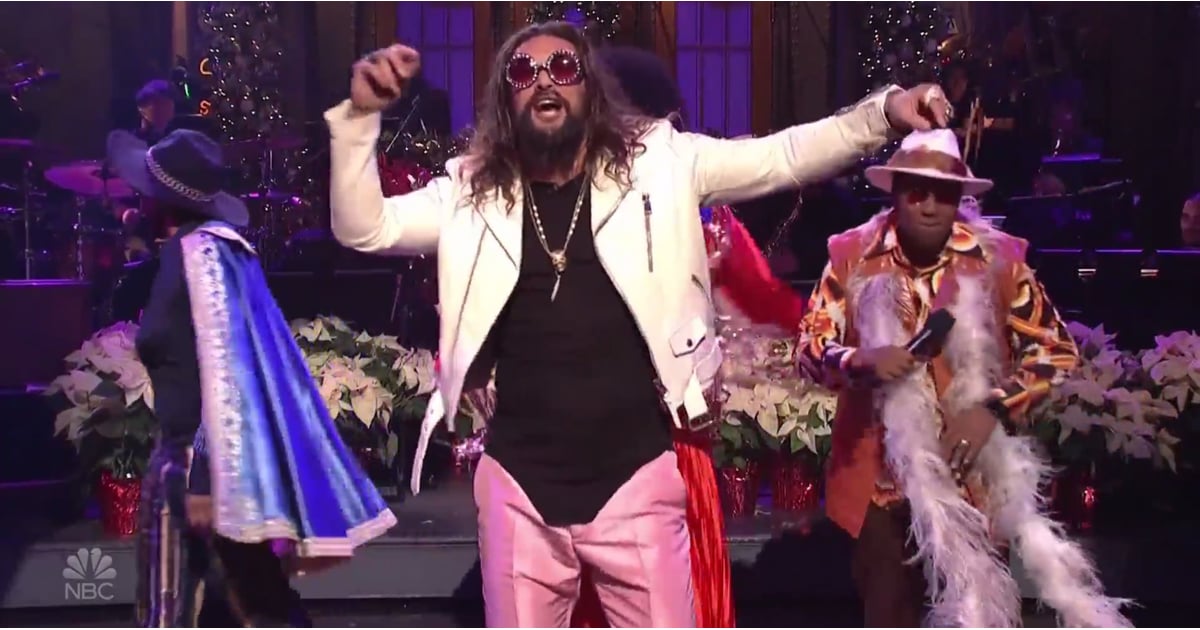 “I am so muscular to be hosting Saturday Night Live,” Jason Momoa said at the start of his opening monologue in his first-ever time hosting the show on Dec. 8. So, yes, he started off strong. In the lighthearted opener, the Aquaman actor described himself as a “supernerd” fan of the show, and said he considers hosting it one of the greatest moments of his life — after, of course, welcoming two children with his “red hot smokin'” wife, Lisa Bonet.

Then, things got interesting as Leslie Jones, Kenan Thompson, and Chris Redd joined Jason onstage to suggest Parliament’s 1978 “Aqua Boogie” as the official theme song for Aquaman. Seeing Jason shimmy to “Aqua Boogie” — in perfectly tailored pink pants, no less — is without a doubt one of the many highlights of his Saturday Night Live debut.