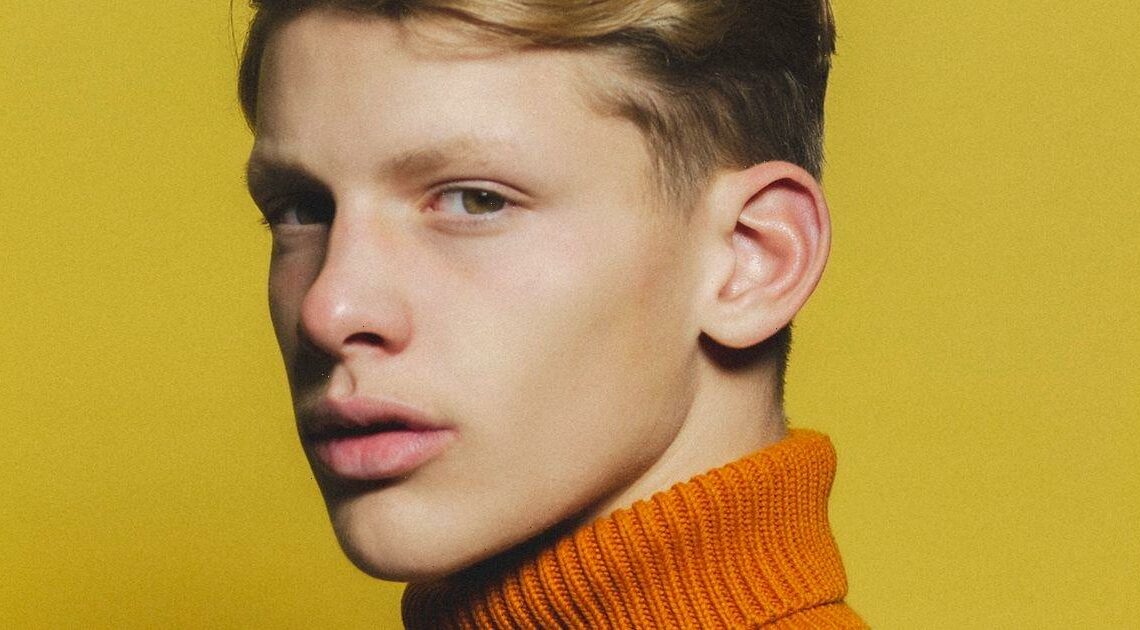 Jade Goody’s teenage son Freddy Brazier has landed a modelling contract with Unsigned models at the age of 16.

The late Big Brother star’s youngest son has followed in the footsteps of his high fashion brother, Bobby, who has worked with the likes of Dolce and Gabbanna and Tommy Hilfiger.

The good news came when his agency shared the professional pictures of Freddy on their Instagram page from his first fashion shoot for HERO magazine.

And the teen looked every inch the model as he stared into the camera lens dressed in a striking orange knitted turtleneck jumper in front of a yellow backdrop, showing off his strong jaw and golden locks.

In another professional shoot, Freddy donned a blue distressed Balenciaga hoodie priced at £929 and a pair of straight leg jeans.

To complete the look, a forest green tartan shirt was tied around his waist and he wore a pair of bright yellow trainers. Freddy’s brother Bobby, who recently celebrated his 18th birthday, signed with the same modelling company two years ago, which catapulted him into the industry.

The high-fashion model, who recently partied with Jack Tweed, revealed during a Q&A on his Instagram how he fell into the world of modelling after he got in trouble at school.

He shared: “Jokes story. I was in trouble at school and had to go in for a meeting.

“So before I go, I go to Costa for a little pep talk with my dad and then we leave with @cesarpin is chasing me down the street asking me if I’m a model.”

When asked where he gets his good looks from, the model revealed to the MailOnline: “I look like my mum, I’m always being told that by everyone. I have her lips and smile and her eyes.

Freddy and Bobby lost their mother Jade when she passed away in 2009 at the age of 27 after a brave battle with cervical cancer.

Their father Jeff Brazier has encouraged his sons to pursue their modelling career and revealed Bobby was approached by a number of different agencies before he settled on Unsigned models.

He told The Sun: “He’s signed up with a model agency because he had quite a few that wanted to take him on.

“I know he’s quite sort of hopeful for what that might bring, and basically it just seems like there’s a few opportunities available to him.”