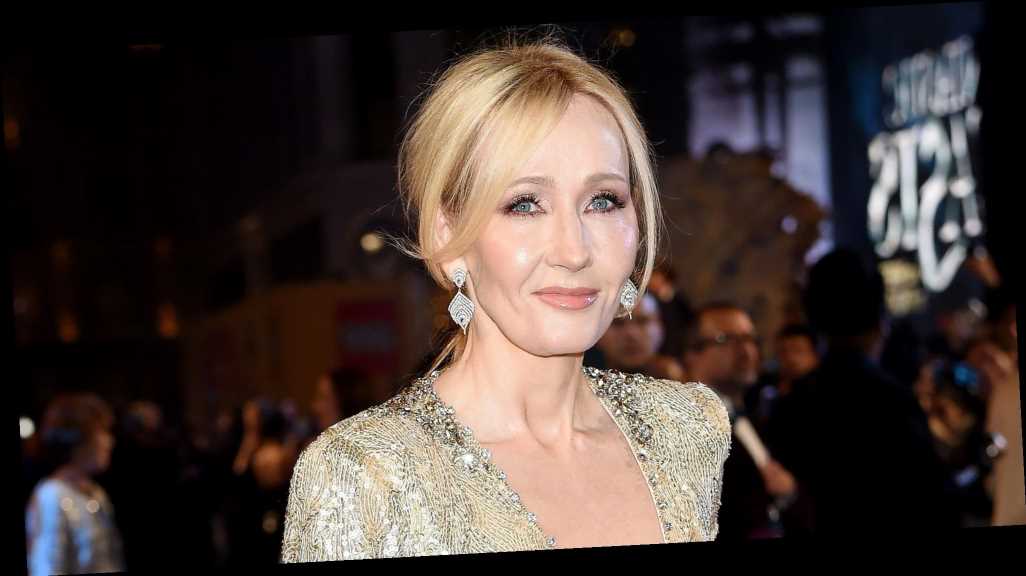 J.K. Rowling Defends Herself After Trans Comments, Reveals Past Assault

J.K. Rowling has responded to the backlash following her multiple tweets about the transgender community. The author, who came under fire on Saturday, June 6, opened up in a new blog posted on Wednesday, June 10, explaining her comments and detailing her own experiences.

“This isn’t an easy piece to write, for reasons that will shortly become clear, but I know it’s time to explain myself on an issue surrounded by toxicity. I write this without any desire to add to that toxicity,” Rowling, 54, begins. She explains that she first began getting criticized after supporting Maya Forstater, a woman who’d lost her job for what were described as “transphobic” tweets. With that, the author explains, she started doing a great amount of research on the topic.

“I knew perfectly well what was going to happen when I supported Maya. I must have been on my fourth or fifth cancellation by then. I expected the threats of violence, to be told I was literally killing trans people with my hate, to be called c–t and bitch and, of course, for my books to be burned, although one particularly abusive man told me he’d composted them,” the Lethal White author writes. “What I didn’t expect in the aftermath of my cancellation was the avalanche of emails and letters that came showering down upon me, the overwhelming majority of which were positive, grateful and supportive.”

The Harry Potter creator goes on to explain why she’s speaking out now, months later, after being called a “TERF,” which stands for Trans-Exclusionary Radical Feminist.

“But accusations of TERFery have been sufficient to intimidate many people, institutions and organisations I once admired, who’re cowering before the tactics of the playground. ‘They’ll call us transphobic!’ ‘They’ll say I hate trans people!’ What next, they’ll say you’ve got fleas?” Rowling writes. “Speaking as a biological woman, a lot of people in positions of power really need to grow a pair (which is doubtless literally possible, according to the kind of people who argue that clownfish prove humans aren’t a dimorphic species).” 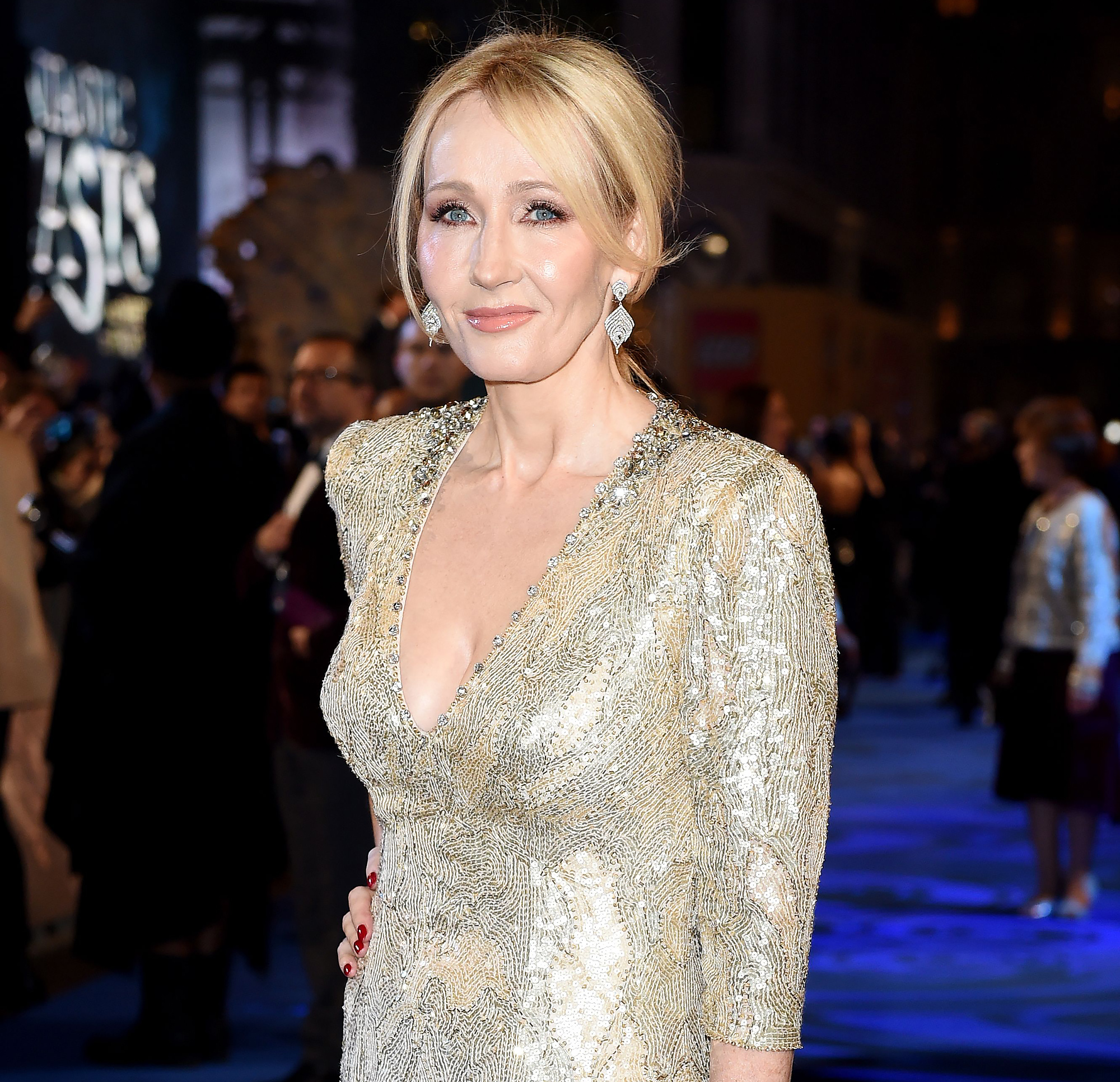 She notes that she has “five reasons for being worried about the new trans activism, and deciding I need to speak up.” In the lengthy essay, the philanthropist details all her reasonings, some more personal than others.

“The more of their accounts of gender dysphoria I’ve read, with their insightful descriptions of anxiety, dissociation, eating disorders, self-harm and self-hatred, the more I’ve wondered whether, if I’d been born 30 years later, I too might have tried to transition. The allure of escaping womanhood would have been huge,” she says. “I struggled with severe OCD as a teenager. If I’d found community and sympathy online that I couldn’t find in my immediate environment, I believe I could have been persuaded to turn myself into the son my father had openly said he’d have preferred.”

After explaining in detail why and how she is an ally, the screenwriter notes, “It isn’t enough for women to be trans allies. Women must accept and admit that there is no material difference between trans women and themselves.”

Rowling then reveals that she is “a domestic abuse and sexual assault survivor,” something she’s never revealed. “This isn’t because I’m ashamed those things happened to me, but because they’re traumatic to revisit and remember. I also feel protective of my daughter from my first marriage,” she writes. “I didn’t want to claim sole ownership of a story that belongs to her, too. However, a short while ago, I asked her how she’d feel if I were publicly honest about that part of my life, and she encouraged me to go ahead.”

The producer was married to Jorge Arantes from 1992 to 1995. The pair welcomed a daughter, Jessica Isabel Rowling Arantes, in July 1993.

“I’m mentioning these things now not in an attempt to garner sympathy, but out of solidarity with the huge numbers of women who have histories like mine, who’ve been slurred as bigots for having concerns around single-sex spaces,” she continues. “I managed to escape my first violent marriage with some difficulty, but I’m now married to a truly good and principled man, safe and secure in ways I never in a million years expected to be. However, the scars left by violence and sexual assault don’t disappear, no matter how loved you are, and no matter how much money you’ve made. My perennial jumpiness is a family joke – and even I know it’s funny – but I pray my daughters never have the same reasons I do for hating sudden loud noises, or finding people behind me when I haven’t heard them approaching.”

Rowling ended her statement on a powerful note.

“I haven’t written this essay in the hope that anybody will get out a violin for me, not even a teeny-weeny one. I’m extraordinarily fortunate; I’m a survivor, certainly not a victim. I’ve only mentioned my past because, like every other human being on this planet, I have a complex backstory, which shapes my fears, my interests and my opinions,” she writes. “I never forget that inner complexity when I’m creating a fictional character and I certainly never forget it when it comes to trans people. All I’m asking – all I want – is for similar empathy, similar understanding, to be extended to the many millions of women whose sole crime is wanting their concerns to be heard without receiving threats and abuse.”

If you or anyone you know has been sexually assaulted, call the National Sexual Assault Hotline. at 1-800-656-HOPE (4673). A trained staff member will provide confidential, judgment-free support as well as local resources to assist in healing, recovering and more.