The coronavirus outbreak has the entire world staying at home and trying to distance themselves from other people. However, it looks as if the self-distancing protocols are not able to keep some celebrities apart.

Recently, Vampire Diaries star Nina Dobrev and Olympic gold medalist, Shawn White were recently spotted out together. Many fans are speculating whether or not this means that the two have sparked up a new romantic relationship. So, does Dobrev and White’s outing indicate that the two are now officially a couple? Here is what we know. 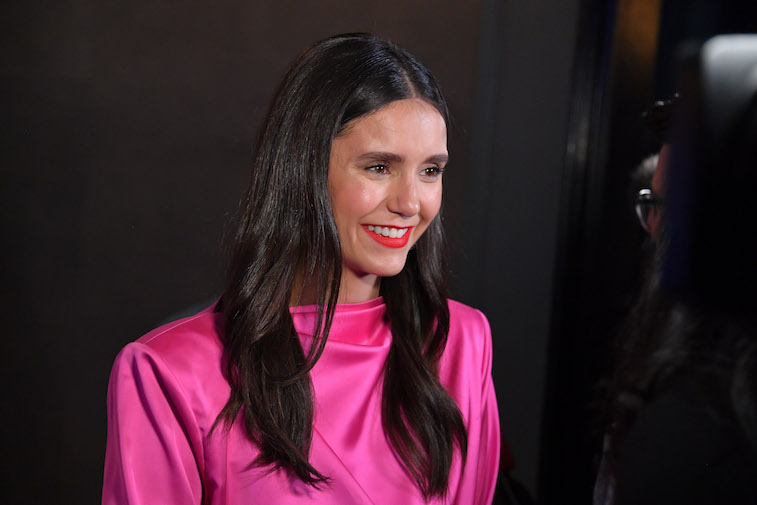 Dobrev is a Bulgarian-Canadian actress that first got her notoriety in 2006 when she starred in the teen drama series, Degrassi: The Next Generation.  In 2009, she left the show to pursue her next big role in the hit CW series Vampire Diaries.

In addition to her popular TV roles, Dobrev has starred in several movies including The Perks of Being a Wallflower, Let’s Be Cops, and Crash Pad.

During her career, Dobrev has had a lot of on-screen romances that have sometimes spilled over into her real life. In 2009, she was rumored to have been in a relationship with her Degrassi co-star, Evan Williams.

The alleged relationship didn’t last for very long, however. And in 2010, fans were delighted to learn that she and her Vampire Diaries co-star, Ian Somerhalder, were an actual real-life couple.

Dobrev and Somerhalder dated exclusively for three years. There on-screen and off-screen romance made fans swoon and made us all believe in love again. Unfortunately, in 2013, the couple announced that they had split.

Their breakup was especially hard because they had to continue playing each other’s love interest on the show. In 2014, they had won the People’s Choice Award for Favorite On-Screen Chemistry and had actually made a joke about how awkward it is to still have to work together.

For the next few years, Dobrev had a few flings here but had never engaged in another relationship that was as serious as the one she had with Somerhalder until she met screenwriter and director, Grant Mellon. Dobrev and Mellon started dating shortly after meeting each other and seemed to be very happy together.

However, around April 2019, the two were no longer spotted together and it was reported that they had split due to their busy schedules.

Shaun White is a professional snowboarder, skateboarder, and musician. His impressive snowboarding skills have won him the gold medal in the 2006, 2010, and 2018 Winter Olympics.

He also has won several medals in the X Games and was the first person in history to win both the Summer X Games (for skateboarding) and the Winter X Games (for snowboarding) in the same year.

In addition to his impressive athleticism, White is also a member of the rock band, Bad Things. It was his rockstar roots that allowed him to meet his ex-girlfriend, and fellow musician, Sarah Barthel. According to People, White met Barthel backstage on the set of Saturday Night Live. The two were good friends for a few years before officially becoming a couple in 2014.

Barthel and White seemed to be very happy and were even discussing marriage in the future. However, sometime last year, the two stopped being spotted together and it was rumored that they had broken up. Neither White or Barthel have commented on why they decided to end their relationship.

According to Page Six, Dobrev and White’s wee spotted riding their bikes together in Malibu last month. While that seems innocent enough, some witnesses say that the spotted the pair kissing just before going on their bike ride.

Both Dobrev and White like to keep their personal lives out of the public eye, so neither of them has commented about their possible romantic outing. While there is no way to know for sure if these two are dating, being that they are both newly single, it is definitely a possibility.