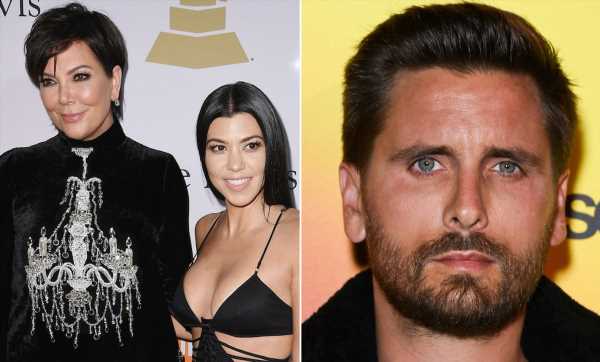 Is Kourtney Kardashian Still In Love With Scott Disick? Kris Jenner Thinks So

Kris Jenner isn’t fully convinced that Kourtney Kardashian is over Scott Disick. In a trailer for the upcoming episode of the show, Jenner, Kim, and Khloé Kardashian talk about how weird they find it that Kourtney went on a vacation with Disick and Sofia Richie, prompting them to wonder: Is Kourtney Kardashian still in love with Scott Disick? A healer on a recent trip to Bali said the two could be each other’s soulmates, but Jenner’s fears come from a much more practical place.

In a new trailer for the upcoming episode of Keeping Up With The Kardashians, Jenner and Kardashian’s sisters (minus Kendall and Kylie) talk about Kardashian’s Mexican vacation with Disick, Richie, and the Disick children.

“Oh my God. Did you see what Scott just posted?” Kim asks, referencing Disick’s Instagram from Mexico in December. “It says, ‘What more could a guy ask for? Three’s company.’ And it’s him, Kourtney, and Sofia in Mexico.”

“To be honest, it’s a little confusing,” Jenner says in a solo shot. “Kourtney and Scott and Sofia on vacation together — what is happening?” Kim then does what all of us would do: she scrolls through the comments.

"‘Sofia is a young fool and Kourtney is an old fool. All of these people need therapy,’" Kim reads off from the comments section.

“Why in the world would she feel the need to go on vacation with Scott?” Jenner asks.

"I think she just wants a trip with the kids," Kim says back, trying to remain objective.

“She has a lot of trips with the kids. She can pick up and go to Mexico any day of the week,” Jenner says. Jenner then goes on to say that Kourtney’s indecisiveness is what worries her most about her dynamic with Disick.

“My fear is that she can’t make up her mind. She can’t pick a paint color! That takes months," Jenner says. "I’m just saying, because of her indecisiveness, it’s going to bite her in the a**. And she’s going to be the one deciding way too late that she is in love with Scott and wants to spend the rest of her life with Scott.”

“She doesn’t know what the f*ck she wants,” Khloé adds.

“Exactly,” Jenner says back. “Somebody is going to end up getting really hurt in this scenario.” Cut to Khloé and Kim’s concerned faces. This is the first I’ve heard of the Kardashian family expressing any concern of Kourtney wanting to get back together with Disick, so the level of tension in this video is coming as a shock. (There are fans, on the other hand, who are pining for the former couple to get back together.) But Jenner explained her feelings more clearly in a solo shot near the end of the video.

It’s not clear if Jenner, Kim, and Khloé approach Kourtney about this vacation later in the episode, but I imagine Kourtney won’t be too excited to hear their take on this matter.

Dramatic photos show scenes from D-Day, then and now