The crown jewel of Bravo’s “Real Housewives” franchise is, without a doubt, the New York branch. New York has a lighter tone than some of the other series. Usually, the darkest thing the ladies ever have to deal with is figuring out who keeps their Hamptons estate in a divorce. Additionally, it has everything you want in a reality show. The cast is obscenely wealthy, overly dramatic, and prone to drunken screaming matches.

Chief among the dramatic NYC ladies is Luann de Lesseps. Luann, who prefers to go by her official title “Countess,” was once married to a French count but divorced him on camera. Aside from fighting with her best frenemies for a Bravo paycheck, Luann enjoys being a minor popstar (we suggest you check out her seminal classic “Money Can’t Buy You Class”).

Then, there is relative newcomer Leah McSweeney, a blossoming fashion designer with a troubled past. As fate would have it, these two powerhouses don’t get along. Here’s what we know about their ongoing feud. 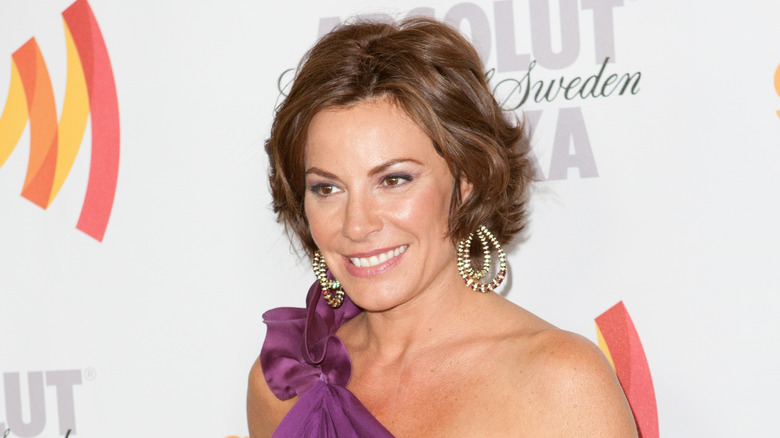 Like all good “Real Housewives” feuds, the drama between Luann de Lesseps and Leah McSweeney started over a passion project. As mentioned above, Luann loves to sing. So in a recent episode of “RHONY,” Luann asked the other cast members to record a Christmas track with her. Everyone agreed, but Leah had some reservations. Leah is a businesswoman, and she started hitting Luann with hard and fast questions about contracts and money and residuals.

Luann started hitting her limit when Leah went over her head and spoke to the music producers about her legal worries. Things came to a head when Leah began discussing her legal concerns at a birthday party Luann was throwing for Ramona Singer, which Luann found inappropriate, per Reality Tea. To break it down, Leah was concerned she might get sued for doing the song. Luann thought Leah was just interested in squeezing as much money out of the opportunity as possible.

So, who’s in the right here? We aren’t sure, but they’re probably both a little in the wrong. If the Christmas track is anything like the Countess’ other music, Leah probably doesn’t need to bother making sure she’ll make money because she probably won’t.

Jeffrey Wright Says 'What If?' Will Be 'Quite a New Spin for Marvel'