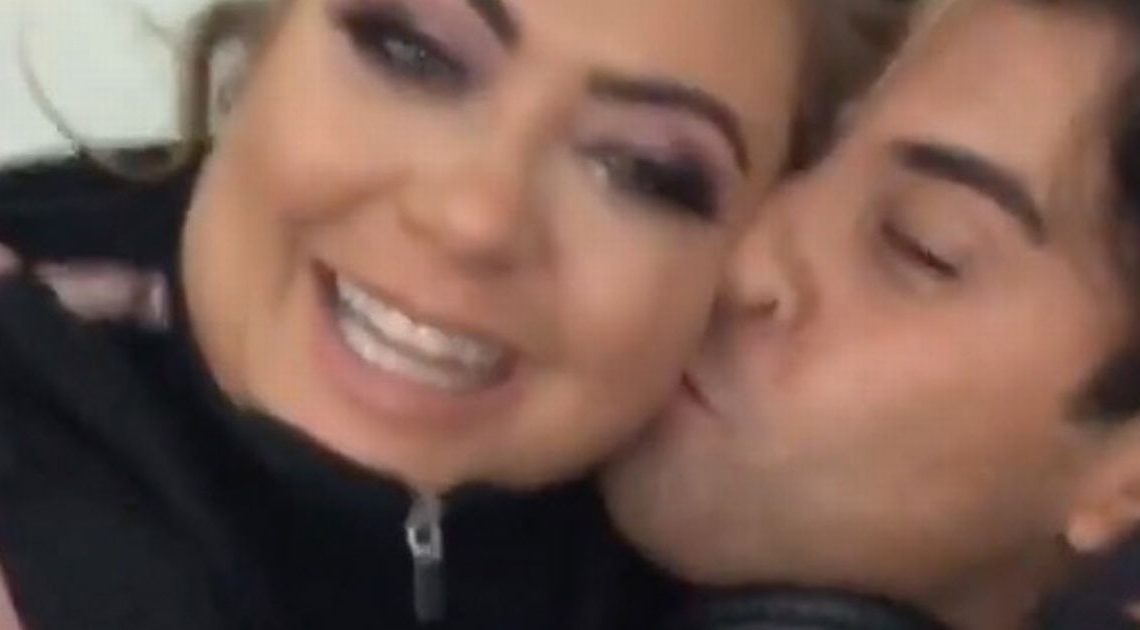 Gemma Collins was joined by her pals as she was sent packing from Dancing On Ice .

The TOWIE star was given the boot from the ITV contest last night after a skate off with cricketer Ryan Sidebottom.

And he had no problems airing his opinions very publicly as he took a swipe at the broadcaster while being filmed for Instagram .

Gemma is joined at her going away party by her professional partner Matt Evers, Brian, Ryan, Strictly Come Dancing’s James Jordan and Love Island’s Wes Nelson among others.

Raising his glass to make a toast, Brian says to Gemma: "Let’s be honest, if it hadn’t been for you, nobody would have watched this f**king show."

He adds: "No, it’s been absolutely amazing. You almost killed me, but I’m still alive and so are you."

Gemma promises to buy him a Gucci bag to make up for it.

Brian jumps in again: "And on a final note, you will notice that none of the people from ITV are here because they’re all trying to figure out how the f**k they’re going to get ratings next week."

"No, they’re all celebrating," Arg chips in.

The videos began with Gemma snuggling up to her man as she sat on his knee and he smothered her in kisses.

"She’s an absolute star and I’m so proud of her."

He turns to her and says: "You stole the show this year, you know that don’t you?

"She done everything she needed to do, she came, saw and conquered.

Gemma tells her boyfriend: "I want to go on holiday now though, Arg."

ITV did not want to comment when contacted  by Mirror Online.