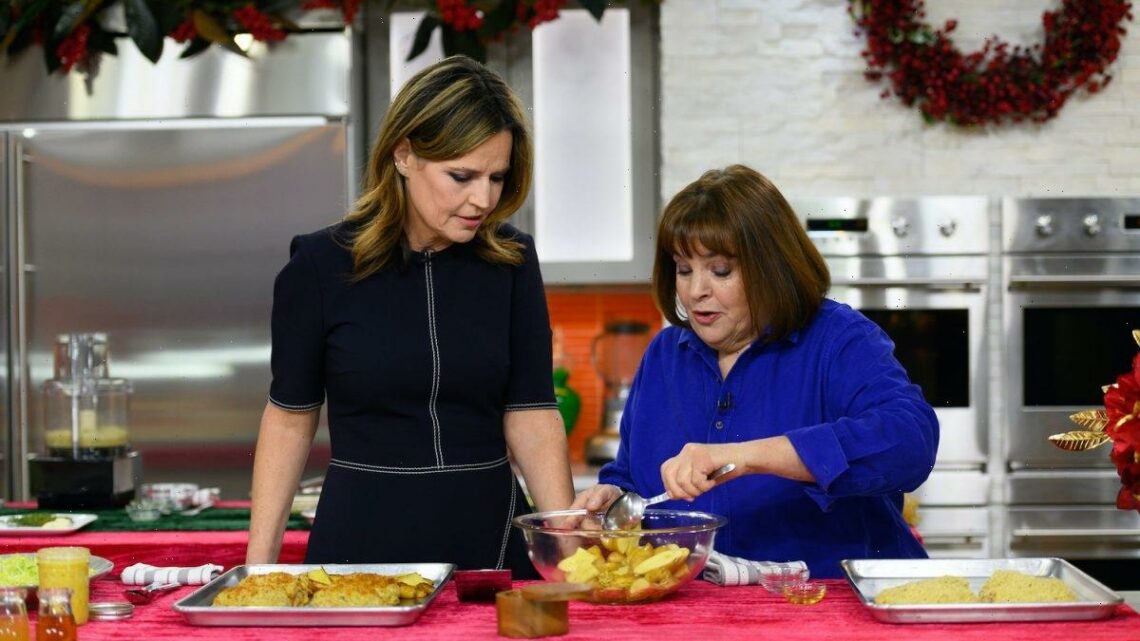 Ina Garten has got your back for Thanksgiving, offering up the perfect side dish replacement for soggy stuffing. The Barefoot Contessa star’s easy mushroom and leek bread pudding recipe is one of her go-to sides for the big feast.

During an interview with Al Roker on his Cooking Up a Storm with Al Roker podcast, Garten shared her thoughts on swapping out traditional stuffing with a similar side.

“Instead of stuffing for the turkey, I make a savory bread pudding,” the Barefoot Contessa star explained. “I mean, stuffing’s delicious. But when you make a bread pudding instead, it’s creamy on the bottom and crispy on the top, so it’s got more texture.”

She mentioned making a leek and mushroom bread pudding or an apple and herb bread pudding that’s perfect for Thanksgiving. “So it’s got lots of flavors and textures and it just goes with everything else,” Garten explained.

On Nov. 17, Garten took to Instagram to show off one of her savory bread pudding options that’s a perfect make-ahead Thanksgiving dish.

“My week of make-ahead Thanksgiving classics continues with Mushroom & Leek Bread Pudding!,” she wrote in the caption. “Instead of soggy stuffing in the turkey, I make this savory bread pudding that’s crisp on the top and so moist inside. It’s classic flavors of pancetta, mushrooms, and Gruyère. You can assemble it early in the day and bake it before dinner. Now I can’t wait until Thanksgiving!!”

Garten’s bread pudding recipe is easy to make. She begins by putting bread cubes in a 350 degree Fahrenheit oven and baking them for 15 to 20 minutes.

In a saute pan, she melts butter and oil over medium heat and cooks diced pancetta for 5 minutes, then stirs in sliced leeks and cooks the mixture for 8 to 10 minutes. Garten adds mushrooms, tarragon, sherry, salt, and pepper and cooks everything for 10 to 12 minutes, stirring occasionally. She removes the pan from the heat and stirs in minced fresh parsley.

Garten makes a custard by whisking together eggs, cream, chicken stock, and Gruyère cheese in a bowl. She stirs in the bread crumbs and mushroom mixture and allows the mixture to sit at room temperature for 30 minutes. The Food Network host places the bread pudding in a baking dish, sprinkles Gruyère over the top, and bakes it in a 350-degree oven for 45 to 50 minutes.

The full recipe is available on the Food Network website.

Garten’s easy mushroom and leek bread pudding is a hit with her fans, with the recipe earning 5 stars on the Food Network website.

One fan raved about Garten’s Thanksgiving side, writing, “I have been making this for Thanksgiving several years since I first saw Ina make it on TV.  It is the best ‘dressing’ I have ever had and my family all agree.  It’s on the menu again this year!”

Another commenter shared, “Spectacular! This has replaced traditional stuffing at our thanksgiving dinner the past 3 or 4 years!”

One fan said the bread pudding “was fantastic” and offered up an easy tip if making it ahead of time. “You can assemble the night before, refrigerate, and bake the next morning. I took it out to come to room temp so bake time was the same.”